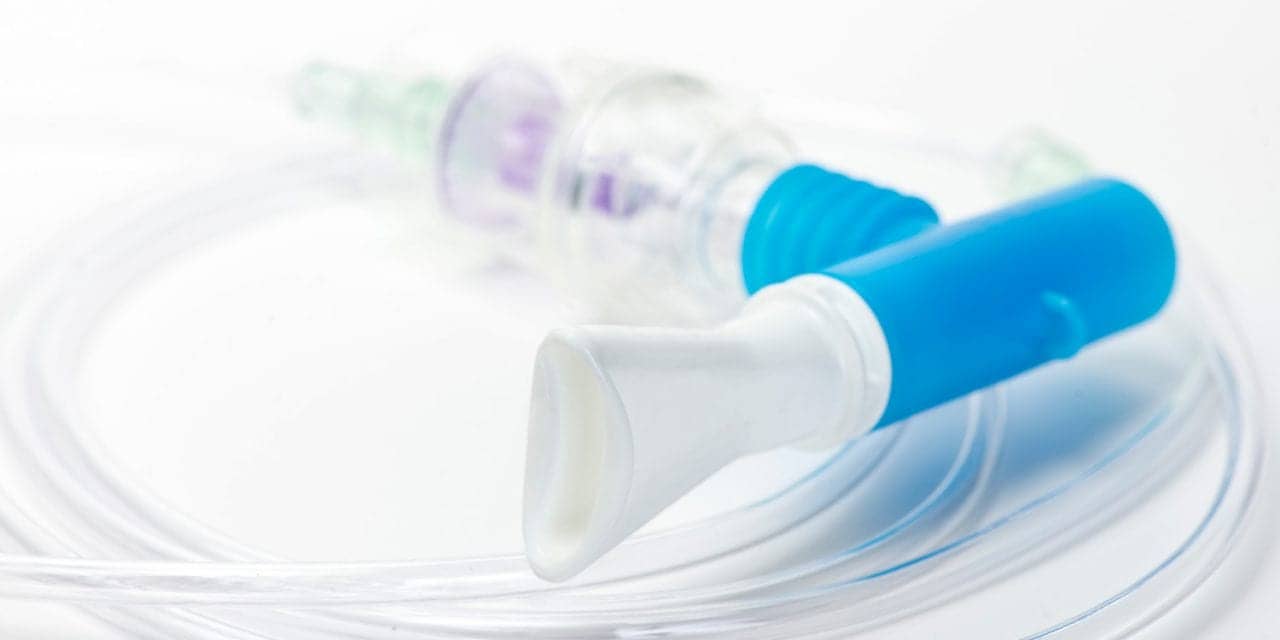 In May 2013, CMS proposed to add COPD-related hospitalizations to the CMS Hospital Readmission Reduction Program; therefore, hospitals with high readmission rates will receive financial penalties if the hospital-specific readmission rate exceeds a higher-than-expected readmission rate. The primary aim of the study is to determine if 30-day readmission rates for COPD patients can be decreased by using a handheld vibrating mesh nebulizer.

Although there are multifaceted causes for COPD-related readmissions, patient noncompliance is likely to be a contributory factor in a patient’s risk for readmission.

A mesh nebulizer was selected as the study device, because the device’s design may increase patients’ medication compliance associated with the use of inhaled medications.1 Compared to other jet nebulizer and compressor systems, the mesh nebulizer is a small, compact handheld nebulizer that is battery-powered and does not require any nebulizer tubing to operate.

Based on the healthcare provider’s assessment, eligible subjects were enrolled into the study and received the study device if the subject had an initial primary or secondary diagnosis of COPD upon admission. Subjects continued to use the study device with prescribed medications while at the hospital and 30 days after discharge from the hospital.

The primary objective of this study was to evaluate the effectiveness of a mesh nebulizer in the reduction of 30-day COPD readmission rates for patients admitted to a hospital with a diagnosis of COPD.

The secondary objectives of this study were to evaluate:

The treatment groups were as follows:

Of the secondary objectives, patients were surveyed and asked to rate their satisfaction on a 1-to-5 scale with 1 being the lowest rating and 5 the highest rating. Notably, patient scores were 4.5 or higher for all four survey questions, which centered on satisfaction with the vibrating mesh nebulizer, ease of use, and comparisons to other inhalation devices. (See Table 1.) 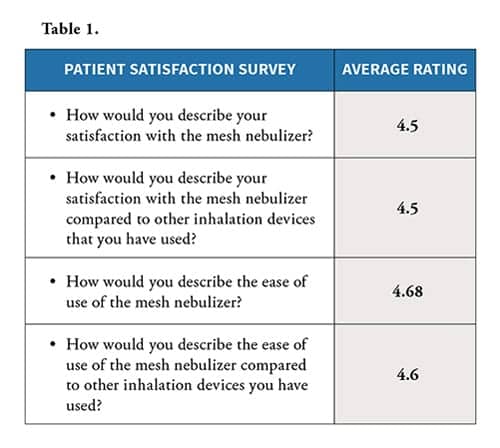 Although all department respiratory care practitioners (RCPs) were educated and participated in reinforcing proper use and technique using the device, a total of three RCPs received training for the study and were active participants in patient enrollment and education.

We received many heartwarming stories from the patient participants, but one story stands out: One patient worked as a long-haul truck driver and was newly diagnosed with COPD. This patient had suffered an exacerbation while driving his truck and almost died trying to get to an emergency department. During his interview, he expressed many questions and concerns regarding his new diagnosis. He was also very uneasy about the thought of returning to truck driving and having another episode; however, truck driving was the only employment he had ever held and his options were limited. When the mesh nebulizer and its advantages were explained to him, he cried. This nebulizer offered him not only peace of mind regarding his health but also his livelihood. He was incredibly thankful to have the opportunity to participate in the study. In addition, during his two-week and four-week follow up phone calls he expressed great satisfaction with the nebulizer and had been compliant with his treatment plan and was back driving his truck. RT

Evidence Does Not Support Using SLIT to Treat SARC