The National Lung Health Education Program (NLHEP) is a new national health care initiative directed at chronic obstructive pulmonary disease (COPD) and related disorders. These disorders include lung cancer, heart attack, and stroke, all of which are more common in patients with airflow abnormalities identified by spirometry. The NLHEP is specifically aimed at reducing the socioeconomic impact of COPD by early identification of asymptomatic patients who have only mild to moderate stages of airflow obstruction, and a reduction in the forced expiratory volume in one second (FEV1). The key to the success of the NLHEP is public awareness and action by primary care practitioners, health management organizations, and, indeed, the entire health care delivery system.

The need for the NLHEP is obvious. The incidence of COPD has risen so that it is now the fourth most common cause of death. Hospitalization rates are rising dramatically. Economic costs include $2 billion a year for oxygen alone (Table 1). Pulmonary rehabilitation is expensive. Lung volume reduction surgery is a subject of a major, highly expensive, controlled clinical trial, and deals only with end stage disease. At best, lung volume reduction surgery, oxygen, and pulmonary rehabilitation, although highly valuable in selected patients, are only palliative therapy.

The foundations for the NLHEP are found in the Lung Health Study. Briefly, the Lung Health Study enrolled 5,887 patients over the age of 35, but not yet 60. Subjects had to be smokers of more than 10 pack years, and have airflow obstruction, with an FEV1 of less than 70 percent of predicted and an FEV1/FVC ratio of < 0.7. The reduction in airflow was only mild in these relatively young patients. Twice as many patients were randomized to receive special care, including an aggressive smoking cessation program; one-third were randomized to receive usual care. Smoking cessation was advised in both groups. Both groups also were given an inhaled bronchodilator (ipratropium), an anticholinergic bronchodilator, with an excellent safety profile.1

The results of the Lung Health Study were impressive. Smokers who quit had a slight improvement in airflow initially, followed by a modest decline, as seen in Figure 1 (page 12). Thus, at the end of 5 years, the airflow, as judged by FEV1, was only slightly lower than on entry. By contrast, those patients who continued to smoke had much more rapid declines on the pathway to symptomatic COPD. However, none of these patients reached the symptomatic threshold, which is usually an FEV1 of less than 1.5 liters per second.1 However, only 22 percent of patients who were randomized to receive special care actually stopped smoking throughout the 5 years of follow-up, compared with 5 percent who received usual care.

The other dramatic finding in the Lung Health Study was the cause of death. This is presented in Table 2 (page 12). There were 57 cancer deaths compared with only 37 heart attack and stroke deaths; 55 other deaths completed the mortality statistics, and included many patients with other smoking-related cancers, such as cancer of the esophagus, larynx, uterus, pancreas, bladder, and colon.1 In a subsequent follow-up, 50 additional lung cancers have been identified. Thus, more than 2 percent of the patients with only mild to moderate airflow obstruction also had lung cancer. Those who developed lung cancer were the heaviest smokers, approximating 30 pack years.

As a result of the successful Lung Health Study, a workshop was organized by the Lung Division of the National Heart, Lung, and Blood Institute in 1995. Results of this meeting were published last year.2 A new national strategy for the identification and treatment of COPD was envisioned by the workshop. Efforts were aimed at involving all primary care physicians in discouraging the starting of smoking, and in controlling occupational exposures. Although the workshop advised increased efforts at preventing smoking initiation, it was recognized that the powerful forces of the tobacco industry made this unlikely, so smoking cessation for those already addicted to nicotine would also be required. The NLHEP showed that when smoking cessation was achieved, the course of quitters was nearly always beneficial by slowing the deterioration of lung function. These results showed that success in smoking cessation could protect lung function in a group at high risk of developing progressive decline in FEV1 as a prelude to symptomatic COPD.1

The cost of primary prevention and early detection would be offset by decreased health care costs, the conference concluded. “Former smokers have lower health care costs than nonquitters, within 4 years of stopping.”2 “If all MCOs (managed care organizations) implement smoking cessation programs, then all will benefit, irrespective of patients switching”2 from one HMO to another.

Early detection efforts should be implemented to track patients’ smoking and occupational histories and to offer spirometry in all primary care physicians’ offices. Today, there are approximately 200,000 primary care physicians who see the great majority of smokers each year. These patients are simply not seen by pulmonologists, who only number 10,000.

In addition, it was recognized by the conference that the presence of airflow limitation was a powerful indicator of comorbidity and mortality from other causes, especially lung cancer, heart attack, and stroke. It was hoped that this new health care initiative could have a major impact on health by involving primary care physicians in the detection of risk of the four most common causes of death in this country. Such early detection and intervention focusing on smoking cessation and the use of drugs to reduce inflammation in the airways could reduce the premature morbidity and mortality associated with COPD. Simultaneously, by also identifying patients at risk of lung cancer, heart attack, and stroke, a major new health care initiative is possible. Educational programs for all primary health care practitioners, the public, third-party payors, and health care administrators would be necessary.

Why should the Lung Health Study be supported by the health care industry?
Pulmonologists do not see smokers or other patients with asymptomatic airflow obstruction. Yet, 70 percent of all patients see a physician for some health problem every year. The majority of the patients see primary care practitioners, nurse practitioners, and physician assistants. When patients are found with COPD, and the condition does not respond to the interventions offered by the primary care practitioner, referral to a pulmonologist will be appropriate. Since patients with airflow obstruction who are heavy smokers have at least a 2 percent chance of having lung cancer, which can be detected by chest radiographs, CT scans, sputum cytology, and newer bronchoscopic techniques, more referrals to find and treat lung cancer will result. It is now time to reopen the issue of lung cancer identification in a high-risk population.3-4

Why should the industry support NLHEP?
Encouraging the identification of the undiagnosed population of COPD patients, estimated to be at least 15 to 16 million persons, would be important. This could expand the market for bronchoactive and anti-inflammatory drugs early in the course of disease, which could prevent or forestall premature morbidity and mortality. Participation of the public as well as physicians in a grassroots nationwide education program was encouraged by the NLHEP.

Why should HMOs support the NLHEP?
The prevention of premature morbidity and mortality and the provision of better care of patients are the right thing to do. In addition, providing less costly care and eliminating the need for oxygen, pulmonary rehabilitation, mechanical ventilation, lung volume reduction surgery, or nursing home care would have obvious economic advantages. Identification of patients also at high risk of lung cancer, heart attack, and stroke would be additional advantages. HMOs will need to offer comprehensive smoking cessation programs for all smokers with airflow obstruction, because of their extremely high risk of premature morbidity and mortality from the four most common causes of death. Here is where a special investment in smoking cessation will have a major payoff.

Keys to Success
The keys to success will be both the public’s and the health care industry’s perception of need. Practical spirometers are needed for all primary care physicians’ offices and clinics. Fortunately, as a direct result of the NLHEP, industry has come forward with a new generation of simple, handheld devices, which measure the two important parameters in spirometry: FEV1 (the flow test) and FVC (the volume test). “Test Your Lungs, Know Your Numbers” has become the battle cry of the NLHEP. Whether or not early identification and intervention can succeed, and what cost savings will result, will be the subject of future prospective trials. Two fundamental questions asked by the NLHEP are as follows:

1. If the early diagnosis of COPD is possible, is it necessary?
Obviously, it is necessary since COPD is the only killer in the top 10 causes of death whose incidence continues to rise. The growing problem of COPD in our aging population is creating a tremendous economic burden to health care resources. Identification of patients at risk of other major disease states offers additional value.

2. If the early diagnosis of COPD is necessary, is it possible?
Yes! Simply by measuring spirometry in all smokers over the age of 40, and in all patients with symptoms of cough, shortness of breath, sputum, or wheeze, in some 15 to 16 million Americans who do not know that they have airflow obstruction and could be identified. Recent data from the third National Health and Nutrition Examination Survey indicate that only 25 percent of people with spirometric abnormalities in a random population actually had a diagnosis of chronic lung disease.5 Thus, the challenge for the future is obvious. Successful implementation of the NLHEP creates a new vision for health promotion and disease prevention in the future.

Thomas L. Petty, MD, is chairman of the National Lung Health Education Program and professor of medicine, University of Colorado Health Sciences Center, Denver. He is also on the Editorial Advisory Board at RT Magazine.

References
1. Anthonisen NR, Connett JE, Kiley JP, et al. The Lung Health Study Research Group. Effects of smoking intervention and the use of an inhaled anticholinergic bronchodilator on the rate of decline of FEV1. JAMA. 1994;272:1, 497-1, 505.

2. Petty TL, Weinmann GG. Building a national strategy for the prevention and management of and research in chronic obstructive pulmonary disease. JAMA. 1997;277:246-253.

5. Petty TL, Gagnon RL, Lydick E. Prevalence and severity of airflow obstruction by age, gender, and ethnicity, and smoking status: analysis of spirometry data from a statistical sample of the U.S. population. Chest. 1998;114:2665. 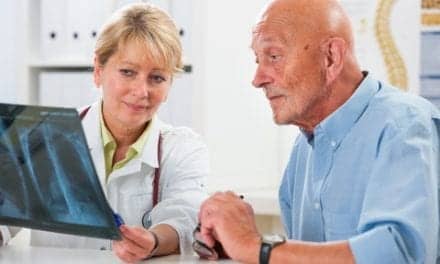