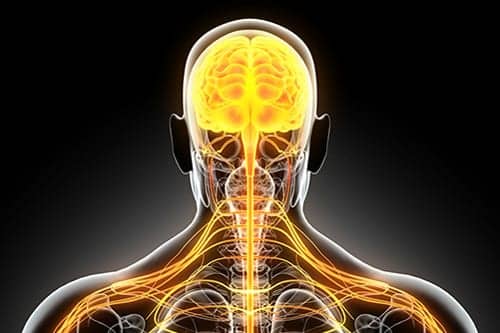 Researchers have found that carotid bodies, tiny collections of neurons on each side of the neck, may be responsible for causing lung airway narrowing during an allergen-induced asthma attack.

“We didn’t expect this result. It’s counterintuitive,” said Nick Jendzjowsky, PhD, a post-doc fellow and first author on the study. “Normally, the carotid bodies increase lung resistance to keep the airways open so that the airways don’t collapse when breathing increases to inhale more oxygen. But, asthmatics have compromised airways that are full of inflammation; the increased resistance caused by the carotid bodies makes it harder for asthmatics to breathe.”

The researchers then decided to block the receptors in the carotid bodies from being able to detect the increased levels of LPA during an asthma attack.

“The results were immediate and dramatic. When we blocked the receptors, the carotid bodies were unable to create resistance in the lungs and the asthma attack was eliminated,” said Richard Wilson, PhD, professor in the Department of Physiology and Pharmacology. “This was a eureka moment for us. The findings indicate that instead of targeting medications to the airways during an asthma attack, we can stop airway narrowing by blocking LPA activation of the carotid bodies.”

“This could open the door for a new treatment for asthma,” added Jendzjowsky. “Instead of inhaling medication into the lungs, medicine could be delivered via a pill or injection. During a severe asthmatic attack for example, we could use a similar approach to how EpiPens are used now in response to insect stings.”

The Evolving Health Care System. Part 2: What Does It Mean for Respiratory Therapists?