Treatment of asthma has long included the use of inhaled corticosteroids, yet prior to the National Heart, Lung, and Blood Institute-sponsored Childhood Asthma Management Program (CAMP), little was known about the long-term effects such treatment could have on children with asthma who face years taking these medications. In 1992, researchers nationwide came together to undertake the multicenter, randomized, double-masked CAMP clinical trial designed to answer questions about these effects.

Along with his colleagues, principal investigator Stanley J. Szefler, MD, head of pediatric clinical pharmacology in the pediatrics department at National Jewish Health in Denver, embarked on a 20-year effort, enrolling 1,041 children between ages 5 and 12 and following them for 4 to 6 years to determine the long-term effects of treatment for mild to moderate childhood asthma. The investigators compared three daily inhaled treatments when used with albuterol (as needed)—budesonide, a glucocorticoid (200 mg daily); nedocromil, a nonsteroidal anti-inflammatory (8 mg daily); and placebo (twice daily). The study was the first to look at not only outcomes of selecting a medication, but also the clinical impact, changes to pulmonary function, and adverse effects.

Results of the CAMP study showed that treatment with budesonide was associated with a significant reduction in hospitalization (43% lower), urgent care visits (45% lower), and use of prednisone (43% lower) compared with placebo. While the results of nedocromil use showed a rate of hospitalization similar to that of placebo, it was associated with a 27% lower rate of urgent care visits and a 16% lower rate of prednisone use. According to the investigators, budesonide use demonstrated the most improvement in asthma control, including fewer symptoms, reduced albuterol use, more episode-free days, longer times to prednisone or other asthma medication treatment, and number of days on another prescribed asthma medication. Nedocromil treatment, meanwhile, was found to have similar results to placebo in most of these categories. As far as adverse effects, the investigators noted only a reduction in rate of growth in the budesonide group—a mean difference of 1.1 cm in height.

As a participating center, National Jewish Health felt that the results of the CAMP study greatly impacted its National Asthma Education and Prevention Program Guidelines for the Diagnosis and Management of Asthma and made inhaled steroids the preferred medication for persistent asthma management in children. 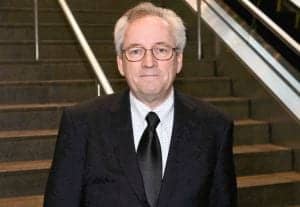 RT: Why undertake this study?

Szefler: This study was originally designed in the early 1990s in order to understand the effect of anti-inflammatory therapy on lung development in children. At that time, there was great concern regarding the relative benefits and potential adverse effects of inhaled corticosteroids as compared to as-needed bronchodilator therapy or a nonsteroid long-term controller, such as nedocromil.

RT: What factors influence whether asthma remits or progresses?

Szefler: Only about 10% of the cohort that we have followed for almost 20 years has signs of remission of their disease. Participants who were likely to have a remission did not have allergen sensitization and exposure, had milder asthma, were older in age, had less airway reactivity, and also had a higher level of pulmonary function upon entry to CAMP as compared to those who continue to have signs of asthma on a periodic or regular basis.

RT: How should these factors be integrated into clinical decision-making?

Szefler: It would be very useful if clinicians began to develop checklists for following children over time. The checklists would include risk factors for developing asthma and for asthma persistence. [They should also be] monitoring pulmonary function [and keeping] a record of asthma medications and asthma exacerbations. This would give a “snapshot” of asthma progression, persistence, or remission over time. This would help in the decision process to escalate, continue, reduce, or stop medications.

RT: With regard to the CAMP study, what effect did the long-term use of these three treatments have on lung function?

Szefler: Of interest, the long-term treatment with inhaled corticosteroids had little effect on pulmonary function, but it did have a major effect on clinical parameters, such as reducing hospitalizations, symptoms, and airway hyperresponsiveness.

RT: Your presentation at ATS in Denver looked at the contribution of medication and environmental exposures to the patterns of lung function growth. Can you talk here about what the study showed with regard to these factors?

Szefler: Those who received the inhaled corticosteroid treatment had [fewer] hospitalizations, prednisone courses, and symptoms as compared to those who received only as-needed bronchodilator therapy. There was not a difference in clinical outcomes for the group that received nedocromil, an alternative nonsteroid long-term controller, as compared to as-needed bronchodilator. We did not do a direct comparison of the inhaled corticosteroid and nedocromil in this study due to the study design.

RT: How can clinicians integrate these findings into their decision-making?

Szefler: Clinicians should recognize that in children with persistent asthma, especially those who also have asthma exacerbations, the regular use of inhaled corticosteroid therapy can improve clinical outcomes as compared to using only as-needed bronchodilator therapy.

RT: What was the clinician response to the findings you presented at ATS?

Szefler: Our results confirm and expand upon findings that have been reported in other long-term studies, such as the Melbourne study and the Tucson Respiratory Study. It is now time to take these observations and apply them to clinical practice in monitoring children. We must continue to move from treating asthma as an episodic disease to a disease that is chronic in nature and has the potential to progress. I believe the specialists are appreciating this aspect of disease management, but we must now translate this message to our colleagues in primary care, especially since asthma emerges at a very early age.

RT: What impact have these findings had on the decision-making for treating childhood asthma at National Jewish Health?

Szefler: Our clinicians now appreciate the fact that asthma indeed is a variable disease but underneath that variable pattern, asthma can run a number of courses. They take that into consideration in carefully assessing the role of allergy, educating parents about appropriate environmental controls, monitoring pulmonary function, applying biomarkers to assess ongoing inflammation, and utilizing that information to make decisions about adjusting ongoing therapy. We are now focused on preventing symptoms and minimizing the impact of asthma on a child’s growth and development.

RT: What is the long-term impact of these findings on asthma treatment?

Szefler: The long-term impact of the CAMP study was the identification of inhaled corticosteroid therapy as the preferred treatment for managing mild to moderate asthma in children, ages 5 to 12 years at entry to the study, who are inadequately controlled on as-needed bronchodilator therapy. The extended findings now relate to a better understanding of the natural history of mild to moderate asthma in childhood.

RT: These findings answered a lot of questions with regard to the long-term use of nedocromil, budesonide, and placebo. Is there a similar need for such data on other available asthma treatments?

Szefler: Yes, it would be nice to have a similar study comparing inhaled corticosteroids to leukotriene receptor antagonists in regard to long-term outcomes. Studies to date show that inhaled corticosteroids have a greater effect on controlling symptoms and improving lung function as compared to the leukotriene receptor antagonist. As we develop new medications, such as biologic response modifiers, including anti-IgE, we should also look at their impact on the natural history of asthma. We will then move closer to finding medications or treatment strategies that can induce remission in asthma or even cure the disease as it begins to emerge, especially for children at risk for developing severe asthma.

RT: Advances have clearly been made in asthma care over the last decade, but where does attention need to be paid now to further reduce the impact of persistent asthma through early adulthood?

Szefler: Attention now should be placed on early intervention in young children who are at risk for developing asthma in order to see if we can identify medications that can alter the natural history of asthma and prevent progression. We also must find more effective medications that could prevent asthma exacerbations or at least attenuate an emerging exacerbation in the early stage. It is also clear that certain patient populations, such as African Americans, are at higher risk for asthma mortality and hospitalizations. A recent report showed that the Hispanic population is also at high risk for asthma hospitalizations and poor asthma management. Therefore, we must direct attention to patient populations at higher risk for morbidity and find better ways to manage their disease. A new approach is called personalized medicine, where we define patient-centered features in selecting intervention strategies. That is a rapidly developing area of medicine. 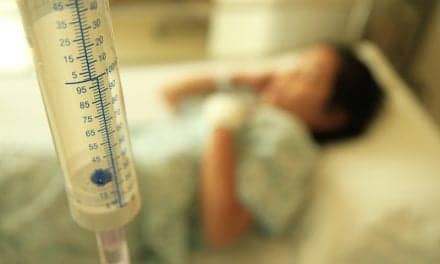