Drug costs spiral, often for those Americans least equipped to pay the price.

A report released in July found that in 2002, the prices of most popular drugs for seniors rose far faster than did the rate of inflation. The antihistamine Claritin rose 12 times the rate of inflation, and the asthma drug Combivent, the most expensive of the top 50 drugs prescribed—costing $10,868 per year, according to the study—rose more than eight times the inflation rate. Over the past 3 years, spending on prescription drugs by senior citizens—whose retirement incomes are linked to inflation levels—rose 44%. Much of this spending comes out of their own pockets: About one third of Medicare beneficiaries have no drug coverage, and another 20% have only partial coverage. These costs force increasing numbers of people to go without medications they need—bringing an ultimately higher bill to the table in the form of an increase in visits to the emergency department and more hospitalizations.1

How can these costs be paid? Deeply partisan bills cooking in Congress would increase Medicare drug benefits, by varying means depending on the sponsoring parties. The Republicans would promote competition between private health plans and Medicare. The Democrats would add more money: a recently rejected Senate bill would have added $64 billion to the $400 billion Medicare program.2

This spring, Claritin became available over the counter, and many insurance companies are exploring coverage changes that would nudge patients with allergies toward generic antihistamines. Claritin’s current per-pill cost is about 96 cents, compared with one claim of as low as 10 cents per pill by a competitor who promises a generic version by December.3 Predictably, Claritin’s cost—and its company’s stock prices—are falling, and drug companies are scrambling to plug their losses. A pharmaceutical company recently conducted its own poll, and stated in a press release that 86% of allergy patients and caregivers with coverage for allergy medications agree that prescription plans should cover all allergy medicines.

Meanwhile, intriguing new drug treatments of a decidedly science-fiction nature lurk on the horizon. One study suggests that nicotine inhalers might help wean smokers; while acknowledging that nicotine has its drawbacks, the study notes that these fall short of damages caused by smoking tobacco.4 Elsewhere, two British scientists have published a paper proposing a one-a-day “polypill” that would control blood pressure and heart disease, among other ailments.5 One can only guess at the medical and legislative challenges that lie ahead should such new drugs join the American pharmacopoeia. 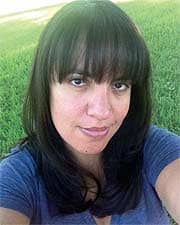