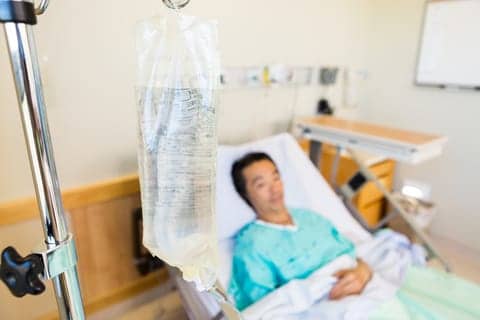 A clinical study provides evidence that augmentation therapy may be effective in treating genetically-caused emphysema and can slow the progression of the disease.

The study, “Intravenous augmentation treatment and lung density in severe ?1 antitrypsin deficiency (RAPID): a randomised, double-blind, placebo-controlled trail,” published online today will change how clinicians understand this treatment and encourage them to consider its early use before the condition causes severe emphysema.

By using CT scans to measure the lung density of patients in the trial, the researchers were able to overcome some of the challenges that have been associated with studying the effectiveness of the treatment. “This treatment has now been studied in our centre using the most sensitive measure of lung structure – a radiologic measurement of lung density – allowing us to detect changes far earlier than can be seen with standard breathing tests,” said Dr. Kenneth Chapman, Director of the Asthma and Airways Centre at Toronto Western Hospital and the Canadian research lead for the multicentre trial. “We can now say with certainty that augmentation therapy is effective and should be given to patients with emphysema caused by this deficiency.”