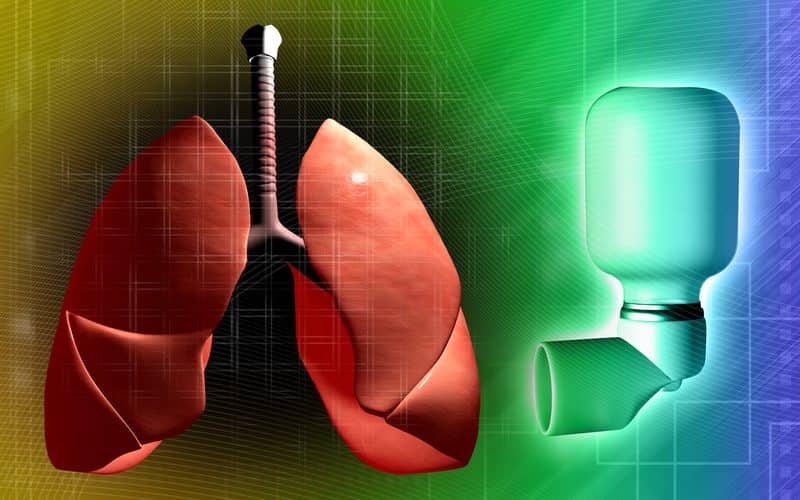 Severe asthma, a much more complicated form of asthma, requires treatment with a high dose of steroid-based anti-inflammatory medications (also known as inhaled corticosteroids or “ICS”), a second controller medication, and/or systemic corticosteroids to prevent it from becoming “uncontrolled.” At times, severe asthma remains “uncontrolled” despite standard therapy. A recent review article sheds light on this life-threatening disease. This paper was published recently in the Chinese Medical Journal.

Says lead author Kian Fan Chung, Professor of Respiratory Medicine at Imperial College London, “For the diagnosis of severe asthma, it is important to have evidence for a diagnosis of asthma with an assessment of its severity, followed by a review of comorbidities, risk factors, triggers and an assessment of whether treatment is commensurate with severity, whether the prescribed treatments have been adhered to, and whether inhaled therapy has been properly administered.”

Therapy for severe asthma includes the administration of a combined inhaler of long-acting beta-agonist with often a long-acting muscarinic antagonist inhaler and sometimes a leukotriene modifier. Daily oral prednisolone may also be prescribed for those in whom the condition remains uncontrolled. However, oral corticosteroid therapy for severe asthma could be minimized by introducing antibody therapies, which are targeted for those with Type 2 inflammation.  Recent advances in the area include molecular phenotyping, which combines molecular information, biological relevance, and patient data to develop new drugs and to find the biomarkers of therapeutic response to these drugs.

It is a clinically established fact that interleukins like IL-4, IL-5, and IL-13 are a group of “cytokines” or small proteins produced by a variety of immune and non-immune cells. These interleukins are potent mediators of a variety of inflammatory processes in asthma including eosinophilic inflammation, bronchial hyperresponsiveness, and induction of immunoglobulin E -mediated responses.

Prof. Chung concludes, “Antibody treatments targeted at the Type-2 targets, such as anti-IL5, anti-IL5Ra, and anti-IL4Ra antibodies, are now available for treating severe eosinophilic asthma, in addition to anti-immunoglobulin E antibody for severe allergic asthma. No targeted treatments are currently available for non-Type-2 inflammatory phenotypes in whom long-term azithromycin and bronchial thermoplasty may be considered.”

Kids and Asthma: Making (and Teaching) the Right Choices

Role of Anti-Muscarinic for Asthma Revealed in Meta-Analysis