A new study from Duke University finds that the changes that occur in the airways of asthma patients are in part caused by the naturally occurring protein interleukin-13 (IL-13) which stimulates invasion of airway cells called fibroblasts. The study, published in the American Thoracic Society’s American Journal of Respiratory and Critical Care Medicine, is the latest effort by researchers to better understand the processes that are involved in airway remodeling that can cause breathing difficulties in patients with asthma.

“In the present study, we show for the first time that airway fibroblasts isolated directly from patients with asthma and stimulated with IL-13, invade in significantly greater numbers than those isolated from normal control subjects,” said Jennifer Ingram, PhD, assistant research professor of medicine at Duke. “In this novel mechanism of airway remodeling in asthma patients, IL-13 acts in combination with other mediators produced by cells in the airways: transforming growth factor-β1 (TGF-β1), which causes cellular changes, and matrix metalloproteinases (MMPs), which act to break down proteins. Together, these agents cause cellular changes that lead to loss of lung function in asthma patients.”

Airway remodeling occurs in patients in whom asthma is not adequately controlled over a long period of time. In these patients, persistent inflammation of the airways can cause an increased thickness in airway walls, increased mucus production and proliferation of blood vessels in the airways, all of which can interfere with normal breathing.

Many of the fibroblast responses that occur in airway remodeling are comparable to the interaction between cancer cells and connective tissue cells called stromal fibroblasts. Studies have shown these fibroblasts actively produce pro-invasive factors that result in metastasis. Fibroblast production of TFG- β1 has been implicated as a key pro-invasive factor in colon, breast, and squamous carcinomas. IL-13, a critical regulator of the allergic response, has been implicated in cellular invasion in cancer and rheumatoid arthritis.

“The invasion of fibroblasts into the airway is asthmatic patients is one of several key features of airway remodeling,” said Ingram. “In a normal response, fibroblasts begin would healing by depositing proteins and interacting with inflammatory cells. In asthma, this would healing and remodeling response in the airway becomes deranged and uncontrolled, leading to increased numbers of fibroblasts invading the airway and contributing to fibrosis with diminished lung function over time.” 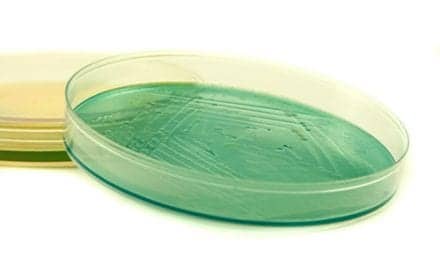