Researchers at Yale University have found that children who receive antibiotics within the first 6 months of life are at a significantly increased risk of developing asthma and allergies by 6 years of age, even without a genetic predisposition. The findings have been published in the American Journal of Epidemiology.

The researchers followed 1,400 women, collecting data throughout their pregnancies and from their children until their sixth birthdays. They found that infants exposed to antibiotics during their first 6 months of life were up to 52% more likely to develop childhood asthma and allergies than their peers who did not receive antibiotics.

While previous studies have also found that antibiotic use may increase the risk of asthma in children, those studies may have been biased because antibiotics are used to treat respiratory tract infections that could themselves be early symptoms of asthma. According to the researchers, this study sought to eliminate this bias and concluded that antibiotic use increased risk of childhood asthma even in children who have not experienced respiratory tract infections and in children whose asthma is first diagnosed after 3 years of age.

Since 40% of participating mothers had asthma, the researchers also designed this study to address whether the effect of antibiotic use is different in children who are genetically pre-disposed to asthma. The findings suggest that children who did not have any asthmatic parents had an even stronger risk of developing asthma after antibiotic use.

According to lead researcher Michael B. Bracken, professor of epidemiology at Yale, antibiotic use and increased asthma and allergy risk relates to the so-called “hygiene hypothesis,” which may explain why asthma rates have increased in developed countries among children growing up in overly hygienic environments.

“Early antibiotic exposure, especially to broad-spectrum antibiotics, may suppress the developing immune system and produce a reduced anti-allergic response,” said Bracken. The researchers write that early microbial exposure, particularly in the intestinal tract, seems necessary for transition to a mature and balanced immune system in childhood. Antibiotic use, especially broad-spectrum antibiotics, may alter microbial flora in the gut, thereby causing imbalances in the immune system and a poor allergic response.

Why Some Asthmatic Children Have Poor Response to Corticosteroids 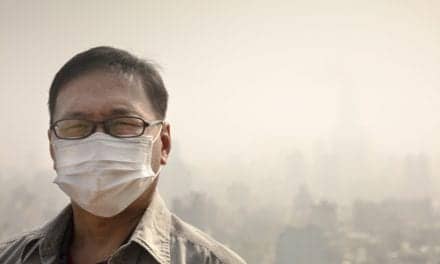