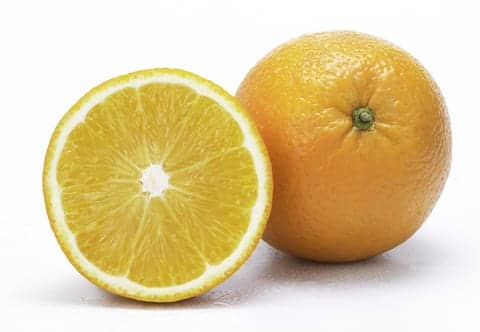 A study presented at the American College of Allergy, Asthma, and Immunology (ACAAI) Annual Scientific Meeting highlights the first report of a severe allergic response to an orange. A news release from the ACAAI indicates that a two-and-a-half year old girl in Pennsylvania suffered anaphylaxis, a life-threatening allergic reaction, to eating an orange, which is the first time this type of case has been reported in a toddler. Following treatment and a 2-day hospital stay, the young girl recovered and was able to go home.

Sigrid DaVeiga, MD, explains, “She ate an orange, and within a few minutes had developed severe anaphylaxis. Her lips and tongue swelled, she broke out in hives and couldn’t breathe well. Her parents immediately got her to an emergency room, and she was flown by helicopter to a pediatric intensive care unit.” The ACAAI news release notes that upon reviewing the toddler’s medical history, she had previously had orange juice with no reaction but also had undiagnosed asthma.

Testing by allergists later revealed that the young girl was allergic to both peach and orange. Allergist and ACAAI member Sayantani Sindher, MD, author of the study, states, “Several recommendations were made following the allergic reaction. She was advised to avoid orange and peach, and also told to start asthma therapy, both of which will keep future allergic reactions under control.”

The ACAAI reports that it is very rare for anyone to have a severe allergic reaction to an orange. The ACAAI news release indicates that it is more common for people who suffer from hay fever to sometimes suffer from oral allergy syndrome, which is caused by cross-reacting allergens found in both pollen, and the fruits and vegetables.