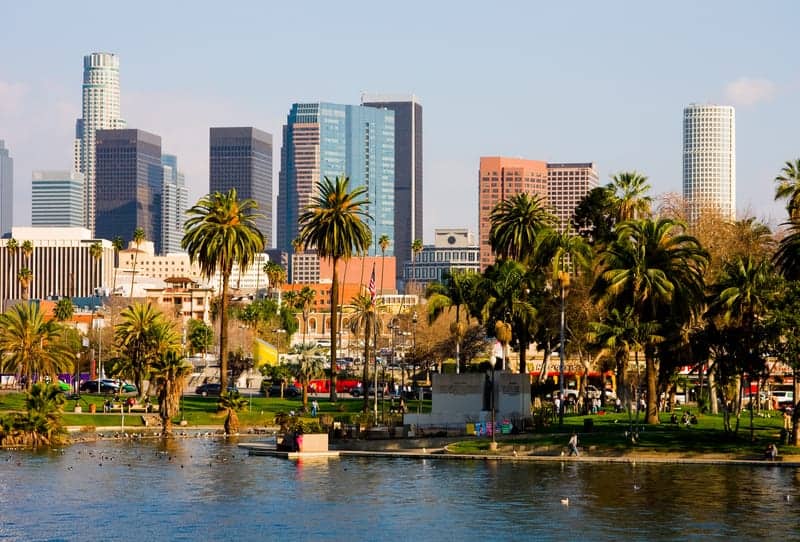 A study that tracked Southern California children over a 20-year period has found they now have significantly fewer respiratory symptoms as a result of improved air quality.

The finding expands on the landmark USC Children’s Health Study, which a year ago reported that kids’ lungs had grown stronger over the past 20 years as pollution levels in the Los Angeles Basin declined. In the current study, USC researchers examined a health issue that makes many parents anxious while pulling at their pocketbooks: bronchitic symptoms that could land otherwise healthy children in a doctor’s office or hospital.

To assess respiratory symptoms, USC scientists studied children in eight California communities and defined bronchitic symptoms over the preceding year as a daily cough for at least three consecutive months, congestion or phlegm not related to a cold, or inflammation of the mucous membranes, according to Kiros Berhane, lead author and a professor of preventive medicine at the Keck School of Medicine of USC.

“This is one of the few times that we have been able to report good news, and this is very likely a direct result of the science-based policies that have been put in place,” Berhane said. “The message that clean air leads to better health in children should be taken seriously because it has implications for how we live and how productive we become.”

The study, published April 12 in the Journal of the American Medical Association, followed 4,602 children in three cohorts as they aged from 5 to 18. During 1993 to 2012, children and their parents from Long Beach, San Dimas, Upland, Riverside, Mira Loma, Lake Elsinore, Alpine and Santa Maria answered questionnaires about children’s health. Air quality was continuously monitored in each community.