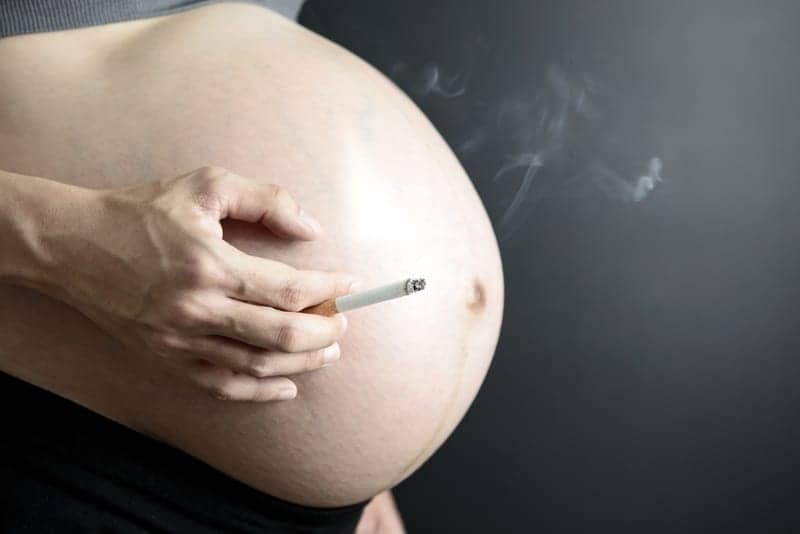 Findings from a recent study reveal that babies born to mothers who smoke during pregnancy show modifications in their DNA that are similar to those seen in adult smokers.

The analysis is the first from the international Pregnancy and Childhood Epigenetics (PACE) consortium, which is studying the impact of in utero and early-life exposures on newborn epigenome by analyzing birth cohorts from the U.S. and Europe using a single DNA methylation platform.

Researchers identified more than 6,000 DNA modifications in babies born to moms who smoked during pregnancy. About half of these modifications corresponded to specific genes, including some linked to lip and cleft palate and asthma. Maternal smoking during pregnancy has been previously implicated as a risk factor for these conditions.

Other identified genes are linked to cancers associated with adult smoking, including lung, colorectal, and liver, researcher Bonnie Joubert, PhD, of the National Institute of Environmental Health Sciences, and colleagues, wrote in the American Journal of Human Genetics, published online March 31.

In an interview with MedPage Today, Joubert said the study is the largest ever to explore the impact of maternal smoking on DNA expression in newborns. Smaller studies have also shown links between in utero exposure to cigarette toxins and DNA methylation.

“These findings re-enforce the known evidence that smoking during pregnancy is harmful to offspring, and it provides additional data on the underlying pathways that could be involved in this,” she said.

Minnesota May See End of Measles Outbreak This Month