Mark had not had a good night’s sleep in 2 weeks. Every night he woke up coughing and wheezing, so he finally went to his doctor. After a thorough examination and a series of questions about his symptoms, his doctor finally concluded, “Mark, I think you have asthma. You complain of wheezing and frequent cough, and say that every year you have trouble with pollen. In addition, you are allergic to cat hair and dust mites, plus you suffer from heartburn.”

Upon confirmation of the asthma diagnosis, Mark’s doctor prescribed bronchodilators and steroids, added an antacid medication, a leukotriene modifier, and recommended that Mark elevate the head of his bed to help relieve the nighttime gastric reflux. “I feel much better now,” Mark told his doctor. “I’m sleeping through the night without wheezing and coughing, as long as I take my medicine as you ordered.”

As we have seen with this case, asthma can play havoc with a good night’s sleep, but with the right management, it can be minimized and good sleep restored. Asthma is described as an obstructive airway disease that involves inflammation and airway hyperresponsiveness (sometimes referred to as twitchy airways). Asthma is partially or fully reversible, either with treatment or spontaneously.1 The main underlying problem with asthma is tied to the inflammatory process, with acute attacks involving bronchospasm of the airways.

Asthma is often referred to as allergic, where the problem is linked to an allergen such as pollen or pet dander, and nonallergic, where the problem is linked to exposure to an irritant such as smoke, fresh paint, or air pollution.2 When an asthma attack occurs, a flood of cellular mediators is released that causes the inflammatory response (vascular congestion and leakage, release of histamine and leukotrienes, airway swelling, and an influx of mast cells, eosinophils, and lymphocytes) and bronchospasm or sudden contraction of the smooth muscles that surround the airways. Airflow obstruction is a result of the inflammation and bronchospasm. In an acute attack, the patient may exhibit wheezing, shortness of breath, coughing, and chest tightness. Serious asthma attacks require hospitalization and may be critical situations involving intubation and mechanical ventilation. According to the CDC, in 2002 there were an estimated 30.8 million people in the United States who had diagnoses of asthma during their lifetime. About 20 million people in 2002 were diagnosed with asthma, and 11.9 million had experienced an asthma episode/attack in the previous year (2001). Asthma accounted for 13.9 million outpatient visits, 1.9 million emergency department visits, and 484,000 hospitalizations. In 2001, asthma accounted for 4,269 deaths.3 Asthma is categorized by frequency of symptoms and by FEV1 and/or peak expiratory flow measurements. Daytime and nighttime symptoms are examined separately when classifying severity due to the fact that asthmatics have increased symptoms at night. A study involving 3,129 asthmatic patients revealed that 94% of nighttime complaints of dyspnea occurred between 10 pm and 7 am with the peak in symptoms occurring at 4 am.4

Many physiologic changes occurring during sleep affect patients with asthma. There is a reduced response to chemical, mechanical, and cortical input during sleep that is magnified in REM sleep. The response to high CO2 and low O2 levels is blunted during sleep and is even more of a problem during REM sleep. There is reduced responsiveness in muscles of respiration to respiratory center output with a resultant decrease in minute ventilation due to reduced tidal volume. Airway resistance is higher and peak expiratory flow rates are lower in asthmatics compared to normal subjects. There is increased parasympathetic tone and increased bronchoconstriction during sleep.

In studies of asthma and sleep that looked at hormonal changes, researchers found that hormones follow a circadian cycle. Cortisol is a naturally occurring glucocorticoid—a steroid that inhibits inflammation in the body. Cortisol levels were at the lowest level at midnight in both normal and asthma patients. Histamine, one of the naturally occurring mediators involved in inflammation and bronchoconstriction, was found to be at its highest level at 4 am. Airway hyperresponsiveness (as measured by bronchial challenge) was also increased in the nighttime hours versus daytime.5 Likewise, response to the bronchodilator albuterol was decreased at 4 am as compared to 4 pm. Nocturnal asthma is also associated with gastroesophageal reflux disease (GERD). However, achieving improvement in symptoms of GERD is not clearly tied to improvements in nocturnal asthma control.6

Nocturnal asthma has a detrimental effect on quality of life. In a study of some 400 asthmatic children, 40% had nighttime sleep interruptions due to asthma symptoms during the previous 4 weeks. In addition, these sleep disturbances were linked to an increased number of missed school days, more severe asthma symptoms, and increased reliance on rescue medications. Moreover, the parents of these children had an increase in the number of absences from work.6 (A child who is home from school sick with asthma will generally translate into a parent who is at home from work to care for the child.) Research has also shown that nocturnal asthma has a detrimental effect on testing for intelligence, aptitude, and personality. Some 40 asthmatic students were tested for performance in intelligence, aptitude, and personality before and after a randomized, controlled treatment regime of either fluticasone (an inhaled steroid that reduces inflammation), salmeterol (a long-acting inhaled bronchodilator that relieves bronchospasm), or a combination of the two. The asthmatic students showed abnormalities in baseline testing compared to the control group, but each treatment group showed improvement in the concluding psychometric testing (as well as in pulmonary function test results), regardless of the treatment protocol used.6

Besides the presence of GERD and increased parasympathetic tone, nocturnal asthma may be linked to several other factors. These include airway cooling due to lower ambient temperatures, and increased allergen exposure due to the use of fans at night and the fact that mattresses and pillows tend to harbor dust mites. Mucociliary transport tends to decrease during the night and coughing is suppressed, with the end result of increased airway secretions and subsequent irritation, decreased airflow, and increased work of breathing.5,6

Treatment Options for Asthma During Sleep

Controlling asthma symptoms is a key focus in the national asthma guidelines found in the National Asthma Education and Prevention Program (NAEPP).7 There are several strategies for controlling nocturnal asthma symptoms. The sleeping environment should be well ventilated with clean, dust-free, cool air with optimal humidity to minimize allergen exposure. Use of high-efficiency filtration systems can also reduce allergen exposure. Mattresses and pillows should be covered in dust mite-proof covers. Carpets should be removed, and use of fans at night should be minimized. Pets should not be allowed to sleep on the bed in order to reduce exposure to pet dander. Stuffed animals and plush toys should be removed or washed in hot water (>130 degrees F) to reduce dust mites.6,7 Cockroaches should be controlled and mold eliminated to remove these allergens from the environment. Appropriate use of long-acting bronchodilators, inhaled steroids, sustained-release theophylline, leukotriene modifiers, and anticholinergic medications can help relieve allergic response, inflammation, and bronchospasm. The NAEPP guidelines recommend treating GERD with appropriate medications and suggest elevating the head of the bed on 6- to 8-inch blocks to help relieve reflux and aspiration. The full range of asthma strategies are found in the NAEPP guidelines on the National Heart, Lung, and Blood Institute Web site.7

There are also asthmatic patients who suffer from OSA. If this is diagnosed, the addition of CPAP is needed to provide appropriate care. Moreover, the addition of CPAP often aids in relief of nocturnal asthma due to the relief of some of the work of breathing, reduction in GERD, and the elimination of snoring with the associated irritation/inflammation of the laryngopharyngeal tissues.8

It is well known that during sleep changes in the body take place. Normally, these changes do not impact health, but they can result in serious concerns for asthma patients. Fortunately, there are treatment options available for asthmatics and strategies that can help provide quality sleep. For the asthmatic, control of symptoms and adequate self-management are the top priority. Due to the added burden asthma places on the body, sleep professionals need to know and understand the impact of asthma on sleep. By studying treatment options and available research, sleep professionals will be more capable of addressing the needs of patients impacted by asthma. 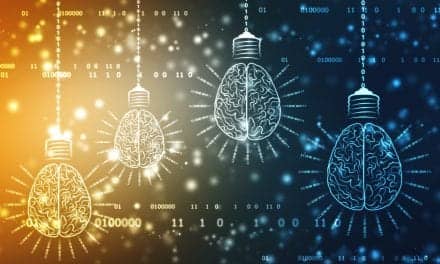