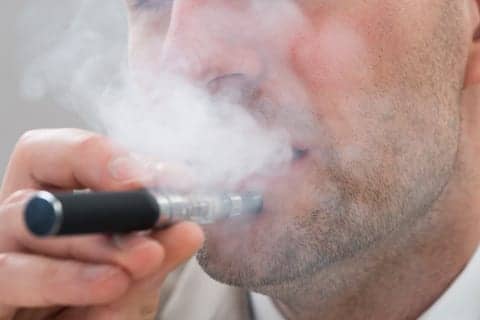 New research suggests that the single use of an e-cigarette approximating the nicotine exposure of one tobacco cigarette can reduce the sensitivity of the cough reflex. The study tested 30 adult lifetime nonsmokers with no history of asthma or respiratory diseases, and cough tests were utilized to determine how e-cigarettes affected the cough reflex. Capsaicin, the extract of red peppers, was used to induce a safe cough in the subjects and establish their baseline cough reflex sensitivity prior to use of the e-cigarette, according to Science Daily.

Each participant then inhaled 30 puffs of an e-cigarette, which contains nicotine in a vehicle of distilled water. Fifteen minutes after the e-cigarette “vaping” session, subjects were tested again using the capsaicin cough challenge and then tested again after 24 hours. The Science Daily news report notes that based on a comparison of results, a significant decrease in cough reflex sensitivity was shown within the subjects as compared with their baseline levels.