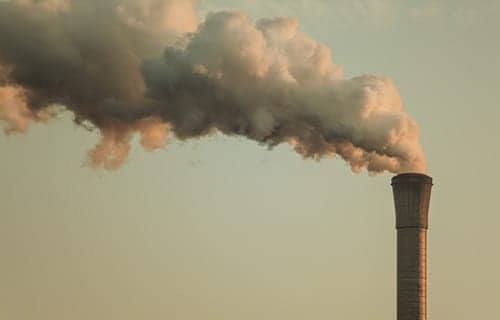 Children who are exposed in utero to high levels of particulate air pollution during the second trimester of pregnancy may be at greater risk of developing asthma in early childhood, according to a new study.

The study included 430 full-term children followed to age 7 years, and their mothers. Daily exposure to air pollution from sources including traffic, power plants, and other industrial sources consisting of fine particles in the prenatal period was estimated based on where these mothers lived.

These fine particles, which are more likely to be inhaled deep into the lungs, have been linked to the greatest health risk and previous studies have suggested that effects on pregnant women can be transferred to the growing baby.

“We know that mothers’ exposure to air pollution during pregnancy can affect lung development of their babies and lead to subsequent respiratory disorders, including asthma, although little is known about whether timing of the exposure is important to consider,” said lead author Yueh-Hsiu Mathilda Chiu, ScD, from the Department of Pediatrics at Icahn School of Medicine at Mount Sinai in New York. “In our study, we assessed whether higher exposure to particulate air pollution at more specific time windows in pregnancy were particularly linked to higher asthma risk in urban children.”

The researchers found that exposure to higher levels of fine particles in the second trimester was most strongly associated with increased asthma onset among the children, particularly for those born to non-obese mothers.

“While we should continue to improve air quality and minimize exposure to pregnant women throughout the entire pregnancy for a host of health reasons, pinpointing the gestational period during which air pollution has the greatest effects on the developing lung may add to our understanding of the mechanisms underlying this relationship,” said Rosalind Wright, MD MPH, senior investigator from the Department of Pediatrics at Icahn School of Medicine at Mount Sinai.