Researchers have identified a molecular pathway that helps explain how an enzyme elevated in asthma patients can lead to increased mucus production and inflammation that is characteristic of the lung condition. The findings, which appear in Proceedings of the National Academy of Sciences, could lead to the development of new asthma treatments that target the interactions between these biological molecules.

An enzyme called epithelial 15-lipoxygenase 1 (15LO1) metabolizes fatty acids to produce an eicosanoid known as 15 hydroxyeicosaetetranoic acid (15 HETE) and is elevated in the cells that line the lungs of asthma patients. Previously, the enzyme was shown to play a role in mucus production.

“In this project, we found that 15 HETE is conjugated to a common phospholipids,” said Sally E. Wenzel, MD, professor of medicine at the University of Pittsburgh School of Medicine, and director of the Asthma Institute at UPMC. “That complex, called 15HETE-PE, and 15LO1 behave as signaling molecules that appear to have a powerful influence on airway inflammation.”

Examining lung cells obtained by bronchoscopy from 65 people with asthma, the researchers found that both 15LO1 and 15HETE-PE displace an inhibitory protein called PEBP1 from its bond with another protein called Raf-1, which when freed can lead to activation of extracellular signal-regulated kinase(ERK). Activated ERK is commonly observed in the epithelial, or lung lining, cells in asthma, but until now the reason for that was not understood.

Other experiments showed that knocking down 15LO1 decreased the dissociation of Raf-1 from PEBP1, which in turn reduced ERK activation. The pathway ultimately influences the production of factors involved in inflammation and mucus production.

“These results show us on both a molecular and mechanistic level and as mirrored by fresh cells from the patients themselves that the epithelial cells of people with asthma are very different from those that don’t have it,” said Wenzel. “It also give us a potential treatment strategy: if we can prevent Raf-1 displacement, we might have a way of stopping the downstream consequences that lead to asthma.”

Source: University of Pittsburgh Schools of the Health Sciences 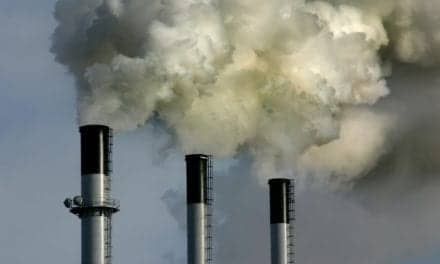 It’s All About Control