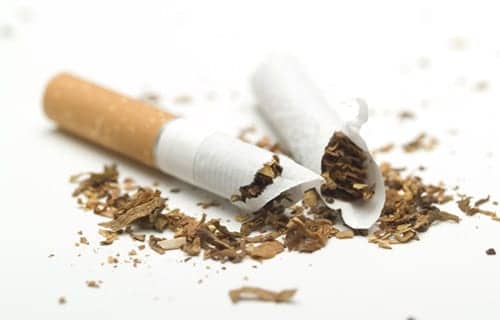 The introduction of new laws that ban smoking in public places in North America and Europe has been followed by a decrease in rates of premature births and hospital visits for asthma attacks in children, according to an international group of researchers which included University of Edinburgh, Harvard Medical School, Brigham and Women’s Hospital, and others.

The findings, which were published online in The Lancet, are part of the first comprehensive study to look at how anti-smoking laws are affecting the health of children.

For the research, investigators analyzed 11 studies conducted in North America and Europe that included more than 2.5 million births and approximately 250,000 asthma-related hospital visits. They reported that while the impact of anti-smoking laws varies between countries, the overall impact on child health is very positive.

Specifically, the data showed that rates of both preterm birth and hospital admissions for asthma were reduced by 10% following the implementation of laws that prohibited smoking in public places.

“This research has demonstrated the very considerable potential that smoke-free legislation offers to reduce preterm births and childhood asthma attacks. The many countries that are yet to enforce smoke-free legislation should in the light of these findings reconsider their positions on this important health policy question,” said Aziz Sheikh, senior author and a physician-researcher at Brigham and Women’s Hospital.

According to information in the article, 16% of the world’s population is covered by smoke-free laws, while 40% of children worldwide are regularly exposed to second-hand smoke. Laws that prohibit smoking in public places, such as bars, restaurants, and work places, are already proven to protect adults from the health threats associated with passive smoking, but research to date has not systematically evaluated the impact of smoking bans on children.

Passive smoking can cause babies to be stillborn or born prematurely, and is linked to certain birth defects, asthma, and lung infections. Studies have also suggested that being exposed to second hand smoke during childhood may have long-term health implications, contributing to the development of chronic diseases like heart disease and diabetes in later life.

“Our research shows that smoking bans are an effective way to protect the health of our children. These findings should help to accelerate the introduction of anti-smoking legislation in areas not currently protected,” said lead researcher Jasper Been of the University of Edinburgh’s Centre for Population Health Sciences.

A New Understanding of Asthma Medicines