Protein Responsible for Asthma-like Coughing, Wheezing in Children without Allergies

Doctors have long wondered why children without allergies can still be afflicted with asthma-like coughing and wheezing. In a new study, Cleveland Clinic researchers have identified a protein that may be responsible.

The study, published today in the Journal of Allergy and Clinical Immunology, found for the first time that TRPV1 – transient receptor potential vanilloid 1, a protein that plays a role in airway disease through mucus production, cough reflex stimulation and airway narrowing – may be responsible for asthma-like symptoms in children even in the absence of allergies.

“Many people believe that asthma is essentially an allergic process and for years we’ve looked at alternative pathways that can make non-allergic children have inflammation in their airways and start coughing,” said Giovanni Piedimonte, MD, pediatric pulmonologist at Cleveland Clinic Children’s and lead author of the study. “TRPV1 plays a critical role in the mechanism of cough, though it is not linked to immune or allergic mechanisms. Many young children cough and wheeze when they get infected by respiratory syncytial virus (RSV) – similar to an asthma attack – but they do not respond to typical drugs we give for adult asthmatics, and this study might explain why.”

Using bronchial epithelial cells from the lungs of deceased donors, researchers compared TRPV1 expression in children and adults, both with and without asthma; the measurement was then repeated after infecting the cells with RSV. They found that RSV infection greatly increased TRPV1 activation in children, but not adults.

RSV infection of airway epithelium in children – but not adults – changes the function of calcium channels involved in bronchoconstriction, mucus production, and cough, which may contribute to viral bronchiolitis and asthma. The expression of TRPV1 increases in those diagnosed with asthma and is further increased by viral infections.

By understanding better the mechanism by which these channels are regulated, the channels can then be targeted with a new generation of molecules and new drugs to control cough and wheezing in childhood.

“Cough does not receive the attention it deserves,” adds Piedimonte. “One thing that characterizes humans is the ability to cough. Unfortunately, we currently do not have good therapies for cough, and most of the available cough medications contain opioids. According to the American Academy of Pediatrics, cough medicines should not be prescribed or used for children under six years of age. These products can have potentially serious side effects and they do not treat the problem – they just numb the system. Moreover, an FDA advisory committee recently declared ‘nearly unanimously that the risks of using certain opioids in children’s cough medications outweighs the benefits.’ If one day we can understand better the mechanism of cough, we can generate medications that control it in a physiological way.”

Currently, there are no FDA-approved drugs available that inhibit the TRPV1 channel – which produces cough. Future pharmacological advances pertaining to TRPV1 may also help reduce the impact of RSV infections in both asthmatic and non-asthmatic children. 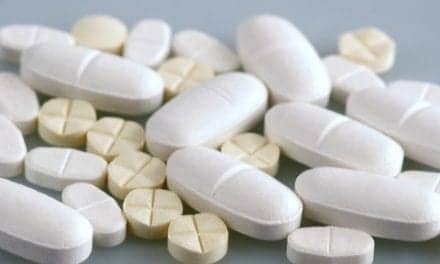