Positive Phase 2b Data for Treatment of Asthma with Dupilumab 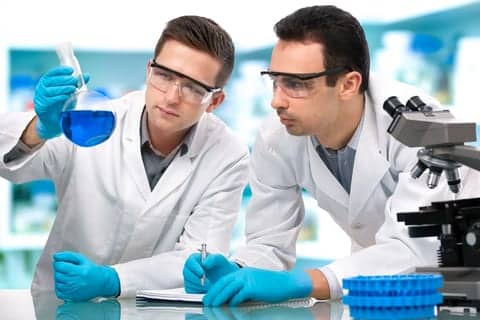 Regeneron Pharmaceuticals Inc and Sanofi have shared positive results from an interim analysis of a pivotal Phase 2b study of dupilumab in adult patients with moderate-to-severe asthma, who are uncontrolled despite treatment with inhaled corticosteroids and long-acting beta agonists (ICS/LABA).

Dupilumab is an investigational therapy that inhibits signaling of IL-4 and IL-13, two cytokines required for the TH2 (or Type 2) immune response.

As previously reported, the study met its primary endpoint of improving lung function in asthma patients with high blood eosinophil counts (HEos, greater than or equal to 300 eosinophilic cells/microliter). Such high counts are thought to be a marker for patients more likely to have “atopic” or “allergic” asthma.

The new results focused on LEos asthma patients. In this population, patients treated with either 200 mg or 300 mg Q2W doses of dupilumab showed a greater than 8 percent improvement in forced expiratory volume over one second (FEV1, a standard measure of lung function) at Week 12  (p less than 0.001), in comparison to placebo, both in combination with ICS/LABA.

“Despite available treatments, many patients with asthma continue to have symptoms and recurring attacks, which have a serious and detrimental impact on their daily lives,” said Sally Wenzel, MD, lead investigator from The University of Pittsburgh, Division of Pulmonary, Allergy and Critical Care Medicine.

“In the study, dupilumab added to standard-of-care therapy demonstrated fewer exacerbations and improved lung function across both the high and low baseline eosinophil groups. We look forward to the continued clinical development of dupilumab as a potential option for a broad population of patients with uncontrolled asthma.”

Ozone Levels Associated with an Increase in Asthma-Related Hospitalizations