Blunt trauma to the chest can cause damage to the lungs, which may be exacerbated by ventilation

Another night shift and a call comes from the emergency department (ED) regarding an incoming automobile accident. The driver from the accident is rolled in on a stretcher. He is being ventilated by bag-valve mask and has a pulse oximeter reading of 77% while receiving 15 L/min flow of oxygen. Breath sounds are very diminished on the left, present on the right. There is a small area of subcutaneous emphysema that crackles under your fingers as you “walk” them around on the skin over the left clavicle. The man is drifting in and out of consciousness and bleeding from cuts on his head and left arm. He also has noticeable contusion across his left chest from the shoulder-harness seatbelt. The emergency medical technicians bringing him in mention that he was hit on the left side by a truck that ran a red light. His unrestrained passenger was thrown from the car and died at the scene.

The situation calls for the patient to be intubated, and while you get the equipment ready, the ED physician quickly preps the anterior chest wall on the left, injects lidocaine at the site (for a local anesthetic), and gently inserts a large-bore needle connected to a Heimlich valve into the second intercostal space.1,2 A hissing sound comes from the needle as the pneumothorax is relieved. Spo2 readings start to climb and, after you finish the intubation, are 98%. The ED physician inserts a 16F chest tube and connects it to the Heimlich valve as you prepare to transport the patient to CT for a scan of the head, thorax, and abdomen. Later, in the ICU, a pulmonologist decides to connect the chest tube to a water seal drainage system (without suction). The patient is being managed on a ventilator with the oxygen setting at 100% to speed the reabsorption of the pneumothorax.3

So what happened here? Blunt trauma to the chest from the accident resulted in rib fractures, ruptured alveoli, and torn bronchi. Positive pressure ventilation by bag-valve mask forced air out of the opening in the lung from the damaged alveoli/bronchi, and the air collected in the pleural space between the parietal and visceral pleura. As air collects in this space, it causes atelectasis as alveoli that are adjacent to the pneumothorax collapse. The end result is a tension pneumothorax.

Definitions and Risk Factors
Pneumothoraces are divided into three general categories: spontaneous, traumatic, and iatrogenic. A spontaneous pneumothorax can occur with no apparent lung disease that would increase the risk of occurrence. This is called a primary spontaneous pneumothorax (PSP). Air leaking from a ruptured bleb is the major cause of PSP. There is no known cause for bleb formation in these patients, but several risk factors, including smoking, body habitus (tall, thin males have a higher risk for pneumothorax), and family history, have been identified. The male-to-female ratio for pneumothorax is 6:1, and males between 20 and 40 years of age are at the highest risk.3 If there is an underlying lung disease that causes the occurrence, then it is a secondary spontaneous pneumothorax (SSP). The most common disease related to SSP is chronic obstructive pulmonary disease (COPD). Other common diseases causing SSP include Pneumocystis carinii pneumonia (associated with AIDS), tuberculosis, cystic fibrosis, asthma, and lung cancer.

Traumatic pneumothoraces are caused by some external event that causes an air leak. For example, rapid deceleration that occurs in an automobile accident can cause alveolar rupture due to a sudden increase in intrathoracic pressure from chest compression. Rib fractures can puncture the visceral pleura and lung tissue. Trauma from a knife attack, gunshot, etc can also cause a pneumothorax.

Iatrogenic (an adverse condition caused by medical treatment) pneumothorax can be caused by positive pressure mechanical ventilation, insertion of a central venous catheter, thoracentesis, needle aspiration or biopsy of lung tissue, tracheostomy, open chest surgery, or even chest compressions during cardiopulmonary resuscitation.4 Other less common causes of or associations with pneumothorax include catamenial PSP (occurring with menstruation) and barotrauma from deep-sea diving or flying.3

A patient receiving positive pressure ventilation may develop a tension pneumothorax, which can cause a rapid decline in the patient’s condition. Minute ventilation will decrease due to increasing atelectasis, and ventilation will become more difficult as pressure builds in the chest. If not corrected, a large tension pneumothorax will cause death due to hypoxemia and cardiovascular collapse due to compression of the great vessels, which decreases blood return to the heart, and compression of the heart itself (both of which will drop cardiac output and blood pressure.)

Occurrences, Signs, and Symptoms
PSP and SSP affect more than 20,000 patients per year,3 and data published in a longitudinal health study put the incidence of PSP at 7.4 per 100,000 per year for men and 1.2 per 100,000 per year for women. (Incidence of SSP was put at 6.3/100,000/year for men and 2.0/100,000/year for women.)4 Acute chest pain and dyspnea are the hallmarks for both PSP and SSP. Physical examination of the affected side might reveal a hyperresonant percussion, decreased or absent breath sounds, and decreased tactile and vocal fremitus, depending on the size of the pocket of air in the pleural space. If a tension pneumothorax develops during mechanical ventilation, the patient will usually show sudden respiratory distress, tachycardia, tachypnea, hypotension, distended neck veins, and cyanosis. In addition, the ventilator’s airway pressure monitor will show increasing pressures as the tension pneumothorax grows.

Treatment
The most definitive guidelines for management of pneumothorax were published in a consensus statement from the American College of Chest Physicians in Chest.5 Treatment ranges from simple observation, to insertion of a chest tube connected to suction, to surgical correction. Approaches in treatment depend on the cause and size of a pneumothorax, the patient’s condition, and whether it is a recurring pneumothorax. Supplemental oxygen is estimated to increase the reabsorption of the pneumothorax by approximately threefold and should be considered in every case.3

PSP
If the patient has a small PSP and is clinically stable (recall that PSP has no underlying lung disease): Observe in the emergency department 3 to 6 hours and discharge if repeat chest x-ray (CXR) shows no increase in size. Follow-up within 12 hours to no later than 2 days (depending on circumstances) with CXR to document resolution.5

If the patient has a large PSP and is clinically stable: Hospitalize the patient and re-expand the lung by inserting a small-bore catheter (<14F) or placement of a 16F to 22F chest tube. Connect catheter or chest tube to Heimlich valve or water-seal drainage device. Leave in place until the lung re-expands and leak resolves. If the lung fails to re-expand quickly, use water-seal device and connect to suction.5

If the patient has a large PSP and is clinically unstable: Hospitalize the patient and re-expand the lung by placement of a 16F to 22F chest tube. Use a 24F to 28F chest tube if a bronchopleural fistula is suspected or the patient requires positive pressure ventilation. Connect the chest tube to a water-seal drainage device. Leave in place until lung re-expands and leak resolves. If the lung fails to re-expand quickly, use water-seal device and connect to suction. Some patients may be managed with a small-bore catheter connected to a Heimlich valve if the pneumothorax resolves immediately and the patient quickly becomes stable.5

Chest tube management: Chest tubes should bring about complete resolution of the pneumothorax with no further air leak. Air leaks are detectable by the presence of bubbling in the water-seal compartment of a drainage system—the middle compartment of the three-chamber system. The consensus guidelines recommend that a CXR should be taken sometime between 5 and 12 hours after the air leak has stopped to verify that the pneumothorax is fully resolved.5 If the CXR shows no pneumothorax, the chest tube can be removed and the opening in the skin covered with a petroleum gauze.

Persistent air leaks: This condition is usually referred to as a bronchopleural fistula. Patients with this condition should have a chest tube inserted and connected to a water-seal drainage device. If the air leak continues past 4 days, a surgical procedure using a thorascope (similar to a bronchoscope) should be done to staple the leak closed (called thoracoscopy and staple bullectomy.) When thoracoscopy is done, the area of atelectasis is enlarged by injecting a bolus of air in order to increase visualization of the lung surface and chest wall. The staple bullectomy is followed by pleurodesis, which involves instilling a talc or doxycycline slurry through the thorascope into the area affected by the pneumothorax. Over a short time, this causes adhesions to form between the parietal and visceral pleura. These adhesions essentially stick the lung to the chest wall and eliminate any chances of another pneumothorax forming by removing the “potential space” between the two pleural linings. Pleural abrasion is another method of pleurodesis and is effective in stopping future pneumothoraces. This involves surgically opening the chest (thoracotomy) and physically scrubbing the surface of the parietal pleura with sterile gauze (the parietal pleura lines the interior chest wall). After the abrasion is done, the two pleural linings form adhesions and stick together. Regardless of the technique, a chest tube or catheter is used to allow for lung re-expansion after the procedure.5

Prevention of recurrence of a PSP: In a review article from Clinics in Chest Medicine,6 pneumothorax recurred in some 27% of a group of 124 adults who had a PSP6; 85% of the consensus-guidelines expert-panel members recommended not taking steps to prevent recurrence. The remaining members recommended taking steps to prevent recurrence after the first pneumothorax. However, if the patient planned to continue activities that increased the risk of recurrence (for example, scuba diving or flying), then an intervention should be offered after the first occurrence. If the patient is at high risk or has a recurrence of the pneumothorax, the consensus recommends thoracoscopy and staple bullectomy followed by pleurodesis to stop the problem.5

SSP
If the patient has an SSP and is clinically stable (recall that an SSP is linked to an underlying lung disease and that lung function is already compromised): Hospitalize the patient and observe, or re-expand the lung by inserting a chest tube depending on the symptoms and the course of the pneumothorax. Connect catheter or chest tube to Heimlich valve or water-seal drainage device. Leave in place until the lung re-expands and leak resolves. If the lung fails to re-expand quickly, use water-seal device and connect to suction.5

Prevention of recurrence of a SSP: 81% of the expert panel members recommended thoracoscopy and staple bullectomy followed by pleurodesis to stop the problem for all patients who have a SSP. This high percentage of agreement among the experts is based on the potential for a second pneumothorax in this group of patients to result in their death. Loss of functional lung tissue by atelectasis due to pneumothorax puts an enormous strain on the body, and a recurring pneumothorax on top of existing lung disease carries an increased risk of dying.5

Persistent air leaks with SSP: Treatment is the same as for PSP, except that expert panel members recommend observing the patient for 5 days before advising intervention. An alternative to thoracoscopy—instill the chemical agents (talc or doxycycline) through the chest tube—is mentioned for those patients who are not candidates for surgery.5

Conclusion
Pneumothoraces can range from fairly insignificant to lethal depending on the patient and the size and cause of the air leak. Respiratory therapists often deal with patients who have a pneumothorax and a chest tube and are receiving mechanical ventilation as well. Understanding the signs and symptoms and knowing what needs to be done to resolve a pneumothorax are valuable information—particularly if the patient has a tension pneumothorax or has a lung disease that has compromised the cardiorespiratory system. Early recognition and treatment of pneumothoraces saves lives and improves outcomes such as reducing length of stay and decreasing hospitalization costs. 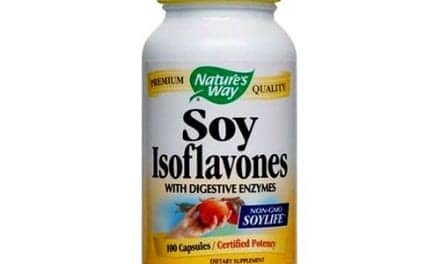