Much advancement has been made in recent years in the treatment of asthma, but for a school-aged child with this condition, all the clinical achievements in the world can do little to alleviate the psychosocial challenges asthma can pose.

It is for this reason that Tami Wyatt, PhD, RNN, Med, a professor of nursing at the University of Tennessee in Knoxville, created “Okay with Asthma!,” an Internet program that aims to help children feel exactly that: okay.

“Elementary-school-age children do not want to feel different. They don’t see being unique as a positive thing,” Wyatt says. “So the whole purpose of working with these children is to make them understand that they are not alone.”

Through an animated story that kids can click through, the program teaches lessons on how to manage asthma in times of crisis, and how having asthma should not prevent children from participating in all of the activities they enjoy. Unlike other asthma education programs, it also specifically focuses on the importance of helping friends, teachers, coaches, and others outside the family understand what having asthma means, what its triggers are, and how to treat it.

Getting Started
Wyatt, who teaches undergraduate courses in maternal/child nursing and graduate courses in educational principles and strategies, began formulating the idea for the program more than 5 years ago, when she was researching asthma as part of her clinical studies. “I spent a lot of time with the literature and went back as far as the ’70s,” she says. “What I was struck by was that in the ’70s there was a lot of emphasis on the psycho-social management of asthma and how stress can impact it.”

She says that this focus was put aside when much advancement was made in actual asthma management. This made sense, she explains, but she thinks “we lost sight a little of how to cope with asthma because it was becoming more well managed and controlled.”

Despite the advancements, she knew that asthma still affects a great number of people, and this number does not seem to be decreasing at a noticeable rate. There must be many people, especially children, she realized, who are not learning how to live a normal life with asthma. “Children often perceive themselves as odd or different if they have anything that makes them different in their perspective from their friends,” she says, and it would help many kids to realize that having asthma is actually perfectly normal.

Wyatt also has a degree in instructional technology, which helped her develop skills specifically in how to use multimedia technology to promote health in children. This can work wonders, she says, because “children are very comfortable and accustomed to multimedia. They engage and interact with it well, and they prefer that type of learning.”

She decided to combine her interest in asthma with her training in multimedia learning to create a fun—yet educational—way for kids with asthma to learn how to manage it.

Creating a Page Turner
To fund the program, Wyatt applied for and received grants from several organizations, most notably the National Institutes of Health. She began putting together a prototype using multimedia flash technology, working with a consultant on the asthma content and hiring a professional graphic designer and story writer to create the “storybook” kids read on the site. Then she recruited neighborhood kids to voice the main characters. “It was a lot of fun,” she notes, “but it was a long process.”

As she developed the program, Wyatt tested it with focus groups of children ages 8 to 11. “I tested it probably about three times because I wanted to make sure it was interesting, that there were elements of it that they understood, that they could navigate through it, and that the information they were receiving about asthma was helpful for them,” she says.

After a year of testing, she determined that children who completed the program did have a significant improvement in knowledge. “Most important,” Wyatt adds, “they also had a change in attitude.”

She decided early on that the program would be available free on the Internet—as opposed to being available at a cost on CD-ROMs—because in 2001, when she began developing it, she says 95% of public schools had Internet access, while today, 99% of schools do. “So even if a child doesn’t have Internet access at home, they can get it through school or through public libraries,” she says. By putting it on the Internet, “it can reach far more people than if I packaged it up on a CD and tried to push it.”

The site, which was up and running in August 2002, has been updated as Wyatt has continued her research and testing. The story centers on Gina, a girl with dark hair, a bright green shirt, and jeans, who is playing outside during recess. While petting a friendly dog, she starts to cough, and one of the other kids teases her. Her coughing increases, but she does not tell anyone what is wrong—she simply says she needs water and her friend Matthew accompanies her when she goes to get it.

When they walk away, Gina explains to Matthew that she has asthma, and that she needs to get her medication from the gym teacher, Mr White. They find him in his office and explain the problem. With “fun facts” kids can click on, spirited songs that Mr White raps, and a wealth of information explained on a grade-school level, the story follows Gina and Matthew through their lesson from Mr White—who, it turns out, has asthma himself. He explains what an “action plan” is and why it is important for a school to have one for a student with asthma; he teaches the two young people what inhalers do, what can trigger asthma attacks, and why, if Gina stays prepared, she should be able to participate in almost any kind of activity. He also brings out a “lung looker”—a magical x-ray of sorts—and explains what happens to the lungs during an asthma attack. Together, the three create a list of seven tips for keeping asthma under control, and kids using the program can easily print the list out.

Following Gina’s tale, children can actually write their own asthma story—typing in things they might say in a situation—and then they can print their customized adventure to keep.

Lessons Learned
Wyatt wants to be clear that this program is specifically created for children who are 8 to 11 years old. She feels younger children would not have the attention span—the story lasts about 20 minutes—and teens might find the language too young for them.

One thing she really wanted to focus on in the program was how children can get support for their asthma from people outside of their families. When conducting her research, Wyatt found that a lot of the asthma literature promotes family involvement. While this is very important, she says, families cannot always be there for children when they are in school or participating in activities like sports.

“Okay with Asthma!” encourages children to understand that they are responsible for getting the help they need while they are in school or in other situations without their families. “It teaches them that there are appropriate times to share with others information about having asthma,” Wyatt says.

She conducted her original testing of the program in schools, working closely with school nurses, because asthma is seen so often there. “Nurses have children who require rescue meds just about every PE period,” she says.

Wyatt believes the program could be very useful during the time a child is recovering in a school nurse’s office. “It’s important that the child stays in the clinic until they’ve recovered and can breathe easily on their own, and that usually requires around 15 minutes,” she says. “Because this program is an independent learning opportunity, the nurse or whoever’s responsible can sit the child at the computer and have them work through it.”

So far, Wyatt says, the kids who have tried the program like it a lot. “They tend to be very visual, so they had a lot of comments on the visual aspects of it. There’s a lot of song in there, and they liked the rap,” she says, noting that kids also love to point-and-click to look for things. “They’re not passive learners.”

Looking Forward
While Wyatt is happy with the current state of the program, she still has plenty of plans for improvements. “My vision is not only to develop more stories for a child to listen to and watch, but also to have more stories thy can write themselves, wherein they have more control,” she says. She wants them to be able to select the kind of character they want, as well as the theme or environment the story takes place in. She also wants to develop stories for younger children that have less text to read.

Eventually, if she finds that using a digital story is an extremely effective learning tool, she might try to create programs focusing on other issues such as diabetes or obesity in children. But that is a long-term goal and she does not foresee moving past asthma for a very long time.

Wyatt believes that as useful as the program could be within schools, it also has a lot of potential for use in physician waiting rooms. “I think it’s perfect for a kiosk in a doctor’s office or asthma clinic,” she says. “I can also see children using this at home, or it could be part of an assignment in a health education class.”

For now, she is concentrating primarily on getting the word out about it—letting people know that it is absolutely free, easy to use, and available any time on the Web. Then, even if the number of children with asthma does not go down dramatically any time soon, certainly there will plenty of kids who will know that they can do anything they set their minds on, despite the asthma.

Sarah Schmelling is a contributing writer for RT. 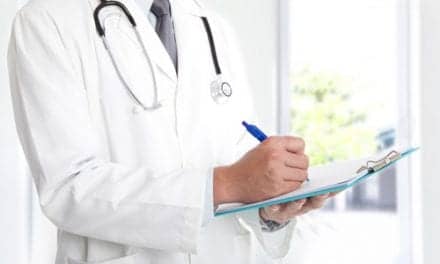 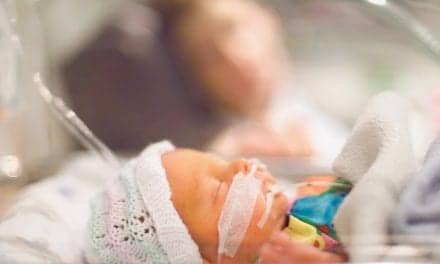