The terms overweight and obesity, as defined by body mass index (BMI), describe ranges of weight that are above what is considered healthy for a given height. According to the World Health Organization (WHO), a BMI of ≥25.0, calculated as weight in kg/(height in meters)2, is overweight, and ≥30 is obese.1 Thus, someone 5 feet 9 inches tall (69 inches) is overweight if they weigh between 169 and 202 pounds and obese if they weigh ≥203 pounds. In the 2003-2004 National Health and Nutrition Examination Survey (NHANES), heights and weights were measured in more than 3,700 United States adults aged 20 to 74. The age-adjusted prevalence of overweight and obesity was 66.2% and 32.9%.2 It is important to note that the ongoing obesity epidemic is not isolated to high-income, industrialized nations, like the United States. By 2015 the WHO estimates that 700 million people worldwide will be obese.1

As the prevalence of obesity has increased over the last 30 years, patients and health professionals have witnessed its impact on health outcomes. Ample evidence suggests obesity contributes to an increased incidence in overall mortality; heart disease; hypertension; type 2 diabetes; arthritis; gall bladder disease; and some malignancies, including endometrial, colon, gall bladder, prostate, kidney, and postmenopausal breast cancer.3 Obesity is also associated with a wide range of pulmonary diseases, including: chronic obstructive pulmonary disease, asthma, obstructive sleep apnea (OSA), obesity hypoventilation syndrome (OHS), pulmonary embolism, and aspiration pneumonia.4 This article will review the effects of obesity on pulmonary physiology, the impact of obesity on the incidence of OSA and asthma, and the obesity paradox.

Respiratory physiology is altered by weight gain. Obesity results in reduced compliance of the chest wall,5 which includes the abdomen, and increases the workload of the respiratory muscles.5,6 Oxygen consumption by respiratory muscles (VO2resp), a measure of the work of breathing, is increased in obese subjects when compared with nonobese subjects.7 The distribution of adipose tissue affects overall oxygen consumption, VO2, with upper body or abdominal distribution resulting in a greater increase than does lower body distribution.8 Additionally, lung volumes, as assessed by pulmonary function tests, are often altered in obese subjects. Several studies have shown that the functional residual capacity (FRC) and the expiratory reserve volume (ERV) are most affected by weight gain.9,10 Even modest gains in weight can result in large reductions in the FRC and ERV. Jones and Nzekwu11 used linear regression to demonstrate that for each unit of increase in BMI from 20 to 30 mg/m2, FVC and ERV decrease by 3% and 5%, respectively. This rate of decline in FVC and ERV slows down for each unit increase over 30 kg/m2. Total lung capacity, vital capacity, and residual volume also decrease with an increase in BMI, but rarely fall below the lower limit of predicted normal, even in morbid obesity.

Weight loss studies have established the beneficial effect of weight loss on forced vital capacity (FVC) and forced expiratory volume in 1 second (FEV1). Aaron et al12 demonstrated that an intensive 6-month weight loss program could improve FVC and FEV1 in obese women. For every 10% relative loss of weight, the FVC and FEV1 improved by 92 ml (P = 0.05) and 73 ml (P = 0.04), respectively. There was, however, no effect of weight loss on airway reactivity as measured by methacholine responsiveness in a subgroup of 24 asthmatics. It should be noted that measurements of abdominal adiposity, such as waist circumference, abdominal height, and hip-to-waist ratio, are more sensitive markers of impaired pulmonary function in overweight/obese subjects than are overall adiposity markers such as weight and BMI.13

There is little doubt that the high worldwide prevalence of OSA and OHS is related to the obesity epidemic. Obesity, as measured by BMI, waist-to-hip ratio, or neck circumference, remains the strongest risk factor for developing obstructive sleep apnea.14-16 The most recent American Academy of Sleep Medicine guidelines17 define an obstructive apnea in an adult as a complete or near complete cessation of airflow that lasts 10 seconds. A hypopnea is defined as a 30% decrease in baseline airflow that lasts 10 seconds and is associated with either a 4% decrease in oxygen saturation or a 50% decrease in airflow for 10 seconds, associated with a 3% oxygen desaturation or electroencephalographic criteria for a microarousal from sleep. It is important to note that the prevalence and incidence of sleep disordered breathing vary based on the definition of OSA, how the diagnosis is made, and the population studied. The Wisconsin Sleep Cohort Study18 used in-laboratory polysomnography (PSG) to determine the prevalence of OSA, defined by an apnea-hypopnea index (AHI) ≥5, in adults between the ages of 30 and 60. The prevalence of OSA was 9% for women and 24% for men, whereas the prevalence of OSA syndrome, defined by AHI =5 and daytime sleepiness, was 2% in women and 4% in men. Several other studies19-21 in different populations confirm that the overall prevalence of OSA syndrome is approximately 3% to 4% in men and 2% in women.

Several longitudinal population-based studies have examined the progression and regression of sleep-disordered breathing associated with increasing and decreasing weight.14,15,22 In the Sleep Heart Health Study,23,24 2,968 patients had weights recorded and polysomnography testing over a 5-year period. The Respiratory Disturbance Index (RDI), defined as the number of apnea plus hypopnea events with at least a 4% desaturation divided by the total sleep time, was recorded for each PSG. Using an increase in the RDI from <5 to ≥15 per hour to define OSA, 11.1% of men and 4.9% of women developed new-onset OSA during the follow-up period. While the number of new cases of diagnosed OSA continues to rise, new evidence suggests that the majority of patients with moderate to severe OSA have not yet been diagnosed.This is especially alarming when one considers the increased prevalence of hypertension, stroke, coronary artery disease, congestive heart failure, cardiovascular mortality, type 2 diabetes, and impaired neurocognitive function found in patients with more severe forms of OSA.25 Importantly, there is emerging evidence that treatment of OSA can prevent adverse cardiovascular outcomes.26-28 Improved diagnostic strategies and heightened index of suspicion by all health care workers will be essential components to decreasing the number of undiagnosed cases of sleep disordered breathing.

As the incidences of obesity and asthma have increased dramatically in the last several decades,29-32 there has been much investigation into whether a causal relationship exists. Some studies,33 utilizing questionnaires, have shown that obese patients report more wheeze and shortness of breath than do nonobese patients. These cross-sectional studies are limited, because it could be argued that asthma leads to inactivity and subsequently to obesity. Several prospective studies, however, have suggested that patients with a higher BMI have an increased incidence of asthma. In the Nurses’ Health Study II,34 multivariate analysis found that obese women (BMI >30.0) had a relative risk of developing physician-diagnosed asthma that was 2.7 times greater than that of the reference group (BMI 20 to 22.4) over a 4-year follow-up period. A recent meta-analysis35 further investigated the direction of the relationship between obesity and asthma. The meta-analysis included seven prospective studies with more than 333,000 subjects (children and adults) and found that new-onset asthma was 38% and 92% more likely to be diagnosed in overweight and obese subjects, respectively, when compared to normal weight subjects. This suggests that obesity precedes the diagnosis of asthma in many patients with new-onset asthma. Additionally, airway hyperresponsiveness, an objective asthma-related phenotype, has been shown to be associated with higher BMI in some,36,37 but not all studies.38,39

Obesity may also be a risk factor for difficult-to-control asthma in addition to increasing the likelihood of developing new-onset asthma. The TENOR study group40 prospectively followed 4,756 patients with difficult-to-treat or severe asthma, as determined by an asthma specialist. The mean BMI of adults in this study was 30.4 ± 7.73 mg/m2. Another study41 indicated that obese asthmatics were much more likely than nonobese asthmatics to report poor asthma-specific quality of life and poor asthma control, and require hospitalization for asthma. Additionally, two new reports using post hoc analysis of earlier clinical trials suggest that obese asthmatics are less likely to achieve well-controlled asthma than nonobese asthmatics.42,43 Thus, it is essential that health care workers assess obese patients for signs and symptoms consistent with asthma and closely monitor asthma control in obese asthmatics.

Obesity increases the risk of cardiovascular mortality, but the effect of obesity on ICU morbidity and mortality is less clear. Some studies suggest obese patients have increased mortality when admitted to the ICU,44-46 while others suggest obesity protects against ICU mortality.47-50 The protective effects of obesity, described by some as the “obesity paradox,” have been demonstrated in other chronic diseases such as chronic kidney disease, chronic obstructive pulmonary disease, and HIV/AIDS.51-55 There are many potential explanations for this paradox. One hypothesis suggests that the long-term detrimental effects of obesity, such as increased cardiovascular mortality, are outweighed by short-term detrimental effect of undernutrition. Thus, obese subjects have an improved survival in the short term as compared with underweight subjects. A similar argument may hold for acutely ill patients in the ICU: Obese subjects with excess nutritional stores may be more apt to survive short-term stress, such as an ICU admission, than are normal-weight subjects with limited nutritional reserves. A recent meta-analysis,56 including prospective and retrospective studies and more than 15,000 obese patients, examined the effect of obesity on ICU mortality. The analysis suggested that ICU mortality was not increased in the obese group, but the duration of mechanical ventilation and ICU length of stay were increased when compared with the nonobese group. Thus, at this time there is no definitive evidence that obesity is associated with either excessive or improved ICU mortality.

As the obesity epidemic has exploded over the last 3 decades, health professionals and researchers have focused on its consequences. Although the physiologic consequences of obesity have been well described for some time, the respiratory symptoms related to obesity are often insidious in onset and difficult to diagnose. All health care professionals need to have a heightened awareness of obesity’s impact on pulmonary physiology, asthma, and sleep-disordered breathing if we are to provide exceptional care for our obese patients.

John McConville, MD, is assistant professor of medicine and director of the pulmonary and critical care fellowship in the Department of Medicine at the University of Chicago. For further information, contact [email protected] 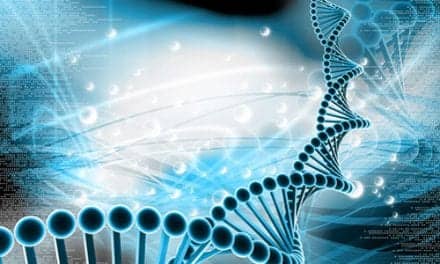