Results of a clinical study of Nucala (mepolizumab) showed that severe asthma patients who are uncontrolled despite receiving Xolair (omalizumab) experienced improved asthma control when switched to Nucala, according to GlaxoSmithKline. GSK presented the results from the OSMO study at the American Academy of Allergy, Asthma & Immunology (AAAAI) and World Allergy Organization (WAO) Joint Congress in Orlando.

In the study 145 patients, who were documented to have experienced at least two asthma exacerbations in the year prior to enrollment, were switched directly to Nucala without a wash-out period and followed for 32 weeks. In this study, Nucala data compared with baseline values prior to first dose, unless otherwise stated:

“Patients participating in this study suffered burdensome day to day asthma symptoms and frequently required access to urgent care when their asthma symptoms significantly worsened,” said Ken Chapman, professor of Medicine, University of Toronto and an investigator in the OSMO study.

“Like many similar patients, they had both eosinophilic and allergic characteristics, making them eligible to receive treatment with either omalizumab or mepolizumab. OSMO showed us that when these patients remained uncontrolled on omalizumab and were then switched to mepolizumab, they experienced significant improvements – fewer symptoms, better lung function, improved asthma-related quality of life and fewer exacerbations. This study is a valuable addition to our understanding of how to manage patients with biologic therapies.” 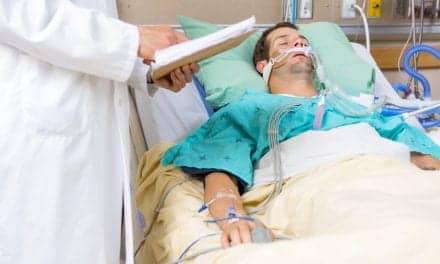 Drug Use, Socioeconomic Status Linked to ICU Admissions for Asthmatics