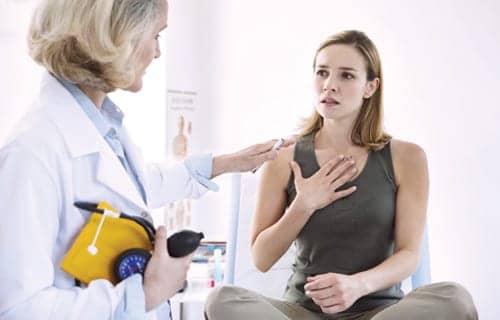 According to a study published in the American Journal of Respiratory and Critical Care Medicine and reported by Medscape, antioxidant deficiencies may play a role in adult-onset asthma.

Researchers conducted a nested case-control study was carried out on 65,372 women in Shanghai, China, with a mean age of 52 years and no history of previous asthma. Baseline urinary F2-isoprostanes, plasma concentrations of antioxidant micronutrients (tocopherols, xanthines, carotenes, and lycopene), and antioxidant enzyme activity (platelet-activating factor acetylhydrolase [PAF-AH] and superoxide dismutase) were measured at enrollment.

The women were followed for a mean of 7.5 years. During this time, 150 developed asthma, which was confirmed both by symptoms and either methacholine challenge or beta-agonist reversibility. The investigators matched these asthma subjects at a ratio of 1:2 with 299 of the control subjects from the same cohort who had not developed asthma.

The levels of the various antioxidants as measured at trial onset in the two groups were then compared.

Investigators found that, compared with the control group, the adult-onset asthma subjects had significantly lower levels of alpha-tocopherol and PAF-AH. Other antioxidant biomarker levels were not different between the two groups.

The authors suggest that deficiencies of the two aforementioned antioxidant biomarkers are risk factors for the subsequent development of adult-onset asthma.

Allergen Sensitization Similar for Old and Young Adults with Asthma