Non-invasive biomarker assessment of interferon-? inducible protein (IP)-10 and neopterin as promising sputum markers, along with exhaled breath condensate (EBC) pH, may provide useful information in exacerbation of COPD and asthma, according to Australian researchers.

Investigators determined EBC, induced sputum, and blood levels of C-reactive protein in 84 study participants who presented with exacerbations of COPD or asthma, along with a group of otherwise healthy controls who exhibited symptoms of respiratory tract infection.

There was a significant decrease in EBC pH when measured immediately in acute patients compared with stable participants; EBC IP-10 levels were higher in acutely unwell patients than in those who were stable. There were no significant differences in EBC biomarker levels observed between different disease subtypes.

In induced sputum, IP-10 and neopterin were significantly increased when results across patient groups were combined, at 188.6 pg/mL during exacerbations versus 5.40 pg/mL after exacerbations for IP-10, and 15.81 nmol/L versus 5.38 nmol/L for neopterin. In patients with asthma, interleukin (IL)-6 was also higher during acute presentations compared with when stable, at 557.7 pg/mL versus 240.4 pg/mL.

“Given the lack of a universally recognized definition of exacerbation, there might be a role for a biomarker to define an exacerbation, although an EBC biomarker might have proved simpler to apply in a research setting than the sputum biomarkers we identified,” the authors wrote. 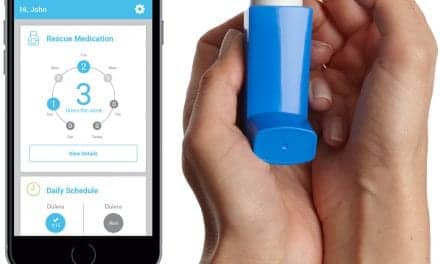 How Emerging Biologics are Tackling Allergies and Asthma