Jaundice (neonatal hyperbilirubinemia) is independently linked to an increased risk of childhood asthma, according to new research.

The findings came after investigators analyzed data from the U.S. Collaborative Perinatal Project, which took place between 1959 and 1965. This allowed them to evaluate patients who were not treated with phototherapy, as it was not in clinical use at the time of the project.

Researchers reviewed data on 28,807 term infants who were followed up to the age of 7 years, during which time 5.3% were diagnosed with asthma. After adjustment for confounders, the prevalence of asthma significantly correlated with both the maximum total serum bilirubin level and the level 48 hours after birth.

Because the magnitude of the relationship between neonatal hyperbilirubinemia and asthma is similar to that in phototherapy-era studies, researchers believes it “indicates that jaundice, not phototherapy, is associated with asthma.”

“This is an important distinction to make before physicians become more aggressive in treating hyperbilirubinemia in hopes of reducing the incidence of asthma,” the authors wrote, noting that phototherapy can interfere with child–parent bonding and breastfeeding, as well as resulting in longer hospitalizations. 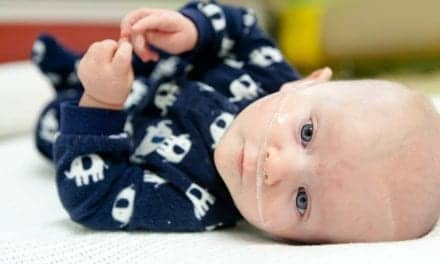