Research continues toward the development of a safe, effective vaccine for respiratory syncytial virus, but therapies and preventive strategies are reducing morbidity in at-risk populations.

The respiratory syncytial virus (RSV) is a major cause of lower-respiratory-tract illnesses (such as bronchiolitis and pneumonia) in infants and young children. The virus infects the majority of children by age 2 and is responsible for more than 90,000 hospitalizations and 4,500 deaths each year in the United States.1 US bronchiolitis hospitalization rates among children less than a year old have increased substantially, from 12.9 cases per 1,000 children in 1980 to 31.2 cases per 1,000 children in 1996.2 Furthermore, RSV is emerging as a significant contributor to illness in adult populations.3,4 RSV is a potential trigger of episodes of asthma and may predispose susceptible individuals to recurrent wheezing in later life.5,6 There are two hypotheses regarding the association between RSV infections in infancy and respiratory abnormalities later in life. One states that recurrent wheezing and subsequent airway dysfunction are caused by damage to the lung during an infant’s viral infection. The other proposes that genetics plays a major role in predisposing infants to long-term respiratory abnormalities.7

The time that elapses between exposure to the pathogen and symptomatic infection averages 4 to 6 days; the infection may be contagious for another week thereafter. In moderate climates, RSV infections occur primarily during annual outbreaks, which peak during the winter season.8 RSV is a widespread (but preventable) cause of nosocomially acquired infection. The risk of transmission appears to increase during community outbreaks.9 Sources of nosocomially acquired RSV infection include infected staff, patients, and visitors. Preventive steps in the management of RSV bronchiolitis include strict hand washing, avoidance of exposure during peak seasons through strict contact isolation procedures, and prophylactic RSV immune globulin (RSVIG). Hydration and the administration of bronchodilators and steroids are the supportive measures used in the management of symptoms.10 Infection with RSV typically results in symptoms associated with the common cold. The symptoms can last for a few days to several weeks and can include a low-grade fever, rhinorrhea, coughing, and wheezing. Symptomatic RSV infection can recur throughout life because of the limited protective immunity induced by natural infection. Patients with underlying cardiac or pulmonary disease, with compromised immune systems, or of advanced age are at increased risk for serious, and sometimes fatal, complications of RSV infection (such as pneumonia).3,11 Moreover, RSV infection is life-threatening to bone-marrow–transplant patients. Once pneumonia develops, a high mortality rate is seen among these immunocompromised patients.12

Treatments Available
No RSV vaccines are presently available, although some have entered clinical trials. Several therapies for RSV are, however, available in the United States. Ribavirin was approved in 1986 as a treatment for RSV, and RSVIG intravenous (RSV-IGIV) was approved by the US Food and Drug Administration in 1996 for RSV prophylaxis in susceptible patients. In June 1998, a new RSVIG, palivizumab, was released to address some of the problems associated with RSV-IGIV.13

Ribavirin is active against RSV and several other types of viruses. According to studies,14 ribavirin appears to interfere with messenger RNA by inhibiting viral protein synthesis. Administration of ribavirin is accomplished using a small-particle aerosol generator. The standard treatment regimen administers an aerosol solution of 20 mg/mL over a period of 12 to 18 hours for 3 to 7 days via tent, oxygen mask, hood, or ventilator circuit.15,16 An optional treatment procedure involves the use of a more concentrated solution of 60 mg/mL administered over a 2-hour period three times daily. This method has resulted in comparable treatment outcomes without requiring significant exposure to the medication to health care workers and mothers.17,18

Symptoms typically emerged approximately 4 to 6 days after infection, and resolution of symptoms usually began 4 days later. On the basis of successful clinical trials, the American Academy of Pediatrics (AAP) issued recommendations14 for ribavirin use in 1993. These guidelines recommended the use of ribavirin for all patients requiring mechanical ventilation for RSV infection and for infants with complicating factors (including underlying cardiovascular or pulmonary disease) placing them at high risk for severe disease. Nevertheless, as a result of concerns about the validity of initial trials and the high cost associated with treatment, a 1996 revision of the AAP recommendations19 was released.

RSVIG is made from the plasma of healthy individuals and contains a high concentration of protective RSV antibodies. These antibodies do not prevent RSV infection, but they do help protect children against the most serious manifestations of the virus. The release of RSVIG marked a new era in the management of RSV; at-risk populations could now be given passive immunization throughout peak infection months in an effort to prevent severe RSV infections. Two large multicenter RSVIG studies were conducted: the National Institute of Allergy and Infectious Diseases (NIAID) trial20 and the Prophylaxis of RSV in Elevated Risk Neonates (PREVENT) trial.21 These studies compared monthly infusions of RSVIG to placebo and documented a reduction in the number of RSVIG-treated children hospitalized with RSV infections and a decrease in their lengths of stay. On the basis of these favorable early studies, the AAP published recommendations22 stating that RSVIG prophylaxis should be considered for children less than 2 years old who are at high risk of RSV disease due to chronic pulmonary disease such as bronchopulmonary dysplasia (BPD) and for infants born before 32 weeks’ gestation who are less than 6 months old at the onset of the winter RSV season.

Although the usefulness of RSVIG as prophylaxis has been established, it appears to be ineffective as a treatment for infants and children with documented RSV infections.23 In addition, there are limitations associated with the administration of RSVIG. Like other intravenous immune globulins, RSVIG requires infusion over several hours. The prospects of infusion-related reaction and of pulmonary edema resulting from fluid overload make close monitoring essential. In addition, the product was often in short supply because of limitations in production. The cost of therapy and the inadequate supply of RSVIG during the RSV season added to concerns. Despite these shortcomings, however, it has achieved substantial breadth of use. RSV-IGIV is available only for monthly intravenous infusion, with each requiring approximately 6 hours to complete. Treatment begins in the fall, before the first outbreaks of RSV normally occur. A monthly intravenous dose is given through March or April.24

In 1998, the FDA approved an intramuscular version of RSVIG known as palivizumab, the first monoclonal antibody to be licensed in the United States for the treatment of any infectious disease.13 The indications for its use and the prophylactic treatment regimen are the same as for RSV-IGIV. One advantage that RSV-IGIV has over palivizumab is that RSV-IGIV may also contain antibodies for other respiratory virus types, and may therefore be preferred for the treatment of infants with immune deficiencies. Palivizumab, however, offers distinct advantages over polyclonal RSVIG. The product is prepared using recombinant DNA technology. As a result of its higher potency (which is approximately 50 to 100 times that of RSV-IGIV), palivizumab can be administered in a much smaller fluid volume, avoiding prolonged infusion times.25 The injection can be administered in the primary health care provider’s office once a month during the RSV season. The cost of palivizumab is slightly higher than that of RSV-IGIV, but the ability to administer it intramuscularly significantly reduces the cost of administration, providing an overall cost savings.

A placebo-controlled, randomized study26 of palivizumab showed a 55% reduction in the risk of hospitalization due to RSV. Studies13 were conducted in premature infants, including those with BPD. The most frequently reported adverse reactions were fever, nervousness, and injection-site reaction, but these were seen at similar rates in the treatment and placebo groups. Palivizumab does not interfere with normal childhood vaccines.27,28

Research continues toward the development of a safe, effective vaccine for RSV. A new vaccine, a purified fusion protein product, appears promising. Initial results in a small number of patients studied revealed a significant antibody response.29 The production of full length complementary DNA clones, however, now allows precise genetic engineering of RSV, while knowledge of the immunopathogenesis of augmented disease gives hope that effective vaccines will soon be developed.30

The complete prevention and treatment of RSV remain elusive. At this time, the success of available therapies has not been clearly established. Although universal agreement regarding the use of ribavirin in RSV is yet to be attained, its use will probably remain an option for children at the greatest risk of significant illness. The widespread adoption of RSVIG and palivizumab have demonstrated the products’ efficacy in preventing RSV hospitalizations.

Tom Smalling, MS, RRT, RPFT, is a clinical assistant professor in the Respiratory Care Program at the School of Health Technology and Management, Stony Brook, NY. 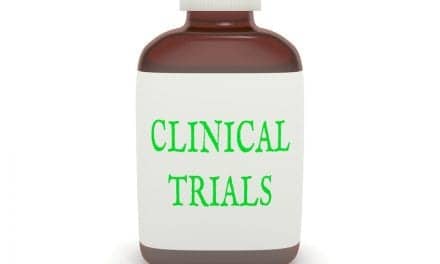