Max and Buddy to the Rescue

“Do I have to?” This plea is uttered often in the homes of the more than 4 million children who have asthma.1 On a daily basis, asthmatic children, overwhelmed by their breathing treatments, feel left out and different than their peers.

Max and Buddy are here to change that. Max is an 11-year-old who loves to skateboard. He’s upbeat, winsome—a kid on the go. “He’s cool, hip, yet intelligent,” says David Mathieu, owner of DMA Design Group, Orlando, Fla. “He knows about the medical field because his mother is a nurse. He likes to have a good time. He has a go, go, go type of feel.” Buddy is a lumbering, good-natured bear.

Max and Buddy are signature 3-D animated characters developed by Bear Facts Entertainment, a joint venture between Celebration Health and DMA Design Group, says Sally Grady, the mastermind behind The Bear Facts series and director of imaging services at Florida Hospital Celebration Health. Owned by the Adventist Health System, Celebration Health is located just outside Orlando in the Disney-created city of Celebration and is one of seven hospitals in the Florida Hospital system. The second DVD produced by the group, “The Bear Facts About Asthma” is expected to be released in January 2006 and will educate young people with asthma, as well as their friends and families, about how to manage the disease through reinforcing the steps.

“When you are talking to children, you need to keep it simple, but they still need to learn to manage their asthma. You do it through reinforcement,” says Ed Fluker, respiratory therapy director for Florida Hospital Celebration Health and Florida Hospital Kissimmee. Fluker served as a medical advisor to “The Bear Facts About Asthma.” “When we teach children to manage their asthma, we tell them they need to be asthma experts. Everyone gets nervous around a child who cannot breathe. If you are an expert, you say, ‘I know when my problem is coming on and I know how to handle it.’ Kids with asthma need to tell their friends, ‘I have asthma, but don’t sweat it because I am an asthma expert.’ ”

The Bear Facts
Yet even asthma experts like Max can get into trouble. “The Bear Facts About Asthma” begins with Max still in his pajamas.

“All right! The first thing I’m supposed to do is stand up,” says Max. “That was easy,” he says, bounding to his feet.

Max then details how he uses his flow meter. Take a deep breath, hold it, and blow out, he says. Then he puts his mouth around the mouthpiece to demonstrate. “It’s kind of like blowing out your birthday candles,” he concludes.

On this particular day, Max is in the yellow zone. He is asymptomatic, but the early signs of asthma have emerged. “My lung’s airways are slightly swollen,” Max points out. “I have hyper-responsive airways.” Max continues to explain while standing behind an x-ray machine that the linings of his lungs swell, causing his airways to get smaller.

He then educates his audience about the triggers that can bring on a full-fledged asthma attack, including exercise, a bad cold, perfume, mold, pets, and cigarette smoke.

“I can still exercise, I just need to use my asthma medicine first,” says Max before he and Buddy head out for a day of skateboarding at the Sandyville Cove Skate Park.

Buddy, the good-natured bear, was designed to captivate the younger children in the DVD’s target audience of kids 8 to 13 years of age. “I wanted a Robin Williams type of voice for Buddy,” says Mathieu. “Buddy is iffy on things. He needs to be led. He needs to be educated.” Buddy’s oafish ways add to his soft and cuddly demeanor. “He’s a big overgrown behemoth of a bear, but cuddly—a baby Huey,” adds Mathieu.

“What zone are you in today, Max?” Buddy asks in the DVD.

“Yellow, but it’s the upper yellow,” says Max, who left home without using his prophylactic inhaler.

“Then you better take your asthma medication before we go skateboarding,” Buddy advises.

Max, anxious to get on with the fun, assures his friend that he is fine; he will use his inhaler later. At the skate park, Max and Buddy meet up with Dylan, a friend of Max. When a truck spewing exhaust creeps by, Max’s asthma is triggered.

“The biggest problem children have is that when they have an asthma attack, what knowledge they do have goes out the window because they become frightened,” says Fluker. In “The Bear Facts About Asthma,” Buddy retains his cool in order to help Max. Dylan is unsure.

Eventually, Dylan, Max, and Buddy wind up at the hospital. Max receives help as Dylan and the viewers receive an education. “What would happen if Max’s asthma attack was really bad?” Dylan asks the nurse.

The nurse reassures Dylan that asthma is not contagious and that while it is not curable, it is controllable. By the end of the DVD, Dylan understands asthma and becomes more comfortable in his ability to help Max and the young viewers have heard the asthma management steps several times over.

“All Max had to do to avoid an attack [was to take] his asthma management steps,” says Fluker. “Max gets into trouble because he doesn’t listen to Buddy. He doesn’t want to let anyone know he is different.”

The Beginnings
Series creator Grady knows first-hand just how difficult it can be for young children to learn how to manage their disease. Grady’s 14-year-old son Joshua was diagnosed with asthma when he was 3 months old and needed around-the-clock breathing treatments.

“Little kids get so tired of breathing treatments,” she says, and dealing with the feeling that they are somehow different from other kids. “Kids would ask Joshua questions and that would make him feel different,” Grady recalls. “Kids can be brutal; they would ask, ‘What are you doing? Drugs?’ A Max and Buddy DVD would have been a great tool had it been available 10 years ago to make Joshua’s asthma more real to him.”

Grady decided on an animated series because that is what children can relate to and animation costs have fallen over the past several years. Joey Carrin, 10, underwent an MRI at Celebration Health 2 years ago. He was one of the first to see the group’s first Max and Buddy DVD, “The Bear Facts About MRI.” A skateboarder himself, Carrin was nervous about his pending MRI, but after watching the DVD, his concerns faded. “It wasn’t scary at all,” he says. “Max and Buddy made me feel more comfortable. The animation helped—it helps kids listen and understand better.”

Ten months into the making of the first DVD, Grady and Mathieu realized the value of their product and, at that point, decided a series of titles would be a fun way to talk to kids about health care.

The next step was to determine subsequent topics, so they surveyed pediatricians on their top concerns. Asthma was number one, followed by childhood obesity. “We felt asthma was a topic parents as well as kids needed help with,” says Grady. “As a parent, it is difficult to take in all the information the doctor is telling you. You are very upset, and you shut down.” Understanding a disease like asthma can be very time-consuming and often not a lot of fun.

“We educate through entertainment,” notes Mathieu. “A tremendous amount of effort goes into making an upbeat video like this,” he adds. Character development and creation took about two and a half months. The town, trucks, cars, skate park, hospital, and characters other than Max and Buddy also had to be developed.

From a technical standpoint, the making of the DVD has been time intensive. For instance, Mathieu says the rendering time—the time it takes to draw a frame—was extensive. “Buddy’s fur is so dense that it took 8 hours to render one frame, and there are 30 frames per second in the finished product,” he adds.

Challenges and Other Products
Both fun and challenging, the path to developing such a high-level, 3-D, animated, educational medical series has not been without its hurdles. The project is without funding, which means the creators of the series are also fund-raisers and Grady works on the project in her spare time.

The team’s first DVD was sponsored by Berlex, Montville, NJ. The company distributed it to the hospitals and health care facilities it works with in the United States and Puerto Rico. “We didn’t develop the series to make money,” says Grady. “Our primary goal is to keep it going and to help kids understand.”

Along with the DVDs, Bear Facts Entertainment has developed a complementary product line, including a plush 8-inch Buddy, who is cuddly and comical enough to make even the hippest young asthmatic smile, a soft-sided lunch box, trading cards with helpful hints on asthma, buttons, removable tattoos, and a number of other kid-friendly products.

Reference
1. An estimated 4 million children under 18 years of age have had an asthma attack in the past 12 months, and many others have “hidden” or undiagnosed asthma. American Lung Association. Available at: www.lungusa.org. Accessed September 27, 2005. 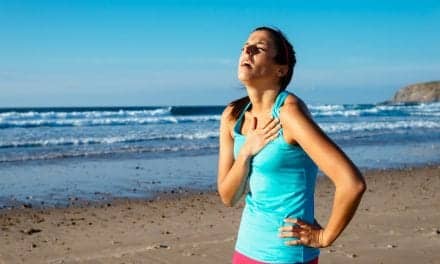 Young Adults with Asthma Have Less Access to Healthcare