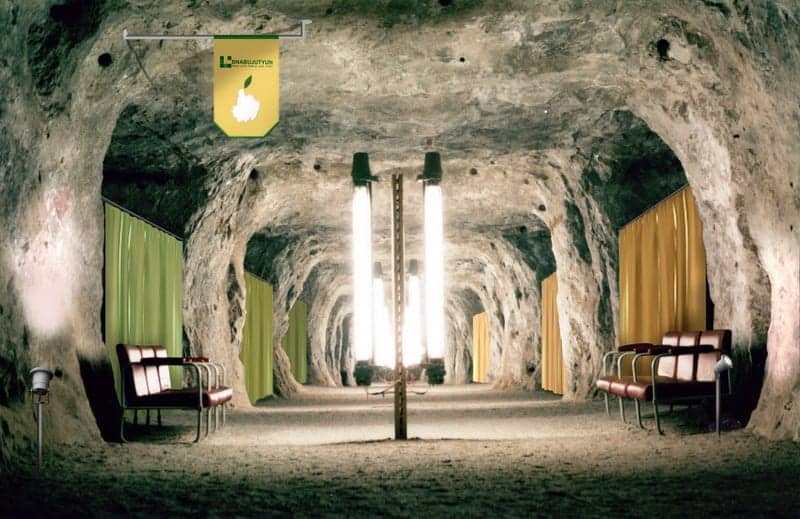 Belarus. It’s this country in Europe that you probably couldn’t pinpoint on a map if I gave you five guesses. (OK, fine, I’ll wait. Not where you were thinking, right?) One of the few things you probably know about the country is that its children and adults have lung diseases, same as Americans. But one of the many things you don’t know about it is how a large number of those patients are treating their diseases: living underground in an operational salt mine.

The treatment is known as “speleotherapy” and involves patients living beneath the Earth’s surface in a location (ie, a cave) where the air contains a high amount of salt. Breathing the salty air for an extended period of time is alleged to provide health benefits, specifically for chronic lung diseases.

You might think a handful of people living in a cave is hardly news. Well, it’s more than a handful. In fact, each year, 7,000 children and adults in Belarus visit the National Speleotherapy Clinic, which is located a quarter-mile underground. There, they seek treatment for asthma or COPD from “a unique microclimate where the air is saturated with aerosol consisting of natrium, kalium and magnesium ions,” according to the Belarus government and reported by Reuters.1

Children, who make up half of the total patients, spend 2-3 hours a day underground during the treatment, which lasts 19 days, the government says.  It’s no 5-star hotel, but the clinic is equipped with basketball nets, Ping-Pong, and other recreational equipment to help kids pass the time. The government insists the mine provides a clean environment with no allergens and reports that “97% of patients complete a course feeling much healthier, and 70% of cases lead to remission that lasts from six months to 2.5 years,” according to The Daily Mail.2

My instinct (and yours, I’m guessing) is to be cynical of these government-reported successes. The truth is that research documenting the therapy’s success is nonexistent. Only one study3 appears on the subject of speleotherapy and asthma; its lone conclusion is that the evidence is inconclusive and that more research is needed.

But while the proof is lacking, the reality is that lung patients without ready access to wonder drugs like Kalydeco, Advair, or Spiriva still need to breath easier. So in the absence of effective pharmaceuticals and in the absence of research definitively debunking the therapy, if the patients find therapeutic value in the treatments, they will continue heading underground for relief. What other options do they have?

Working Toward a Common Goal