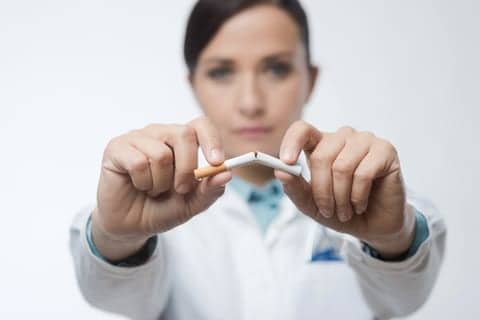 Drug developer Invion is conducting clinical trials with the drug nadalol to aid smoking cessation efforts. According to The Sydney Morning Herald, interim data from its early clinical trial showed that nadalol reduced markers of inflammation of the lungs associated with a rattly cough.

In the trial, the drug has been given to about 20 patients on a range of quit smoking programs who have either a chronic cough or chronic obstructive pulmonary disease (COPD) and who have also previously tried quitting smoking but failed.

An equal number of patients were given a placebo. Phlegm samples taken from patients who had tolerated the maximum dose of nadalol for 4 weeks showed the drug inhibited inflammation and reduced mucus production. The Sydney Morning Herald report indicates that the results pleased investors, which is examining a range of drugs to treat respiratory conditions. The news report notes, however, “the data is interim and the trial has some way to run.”

Invion is partially through recruitment of 136 patients for the trial, and the interim data from the initial clinical trial will provide clues as to whether patients actually succeed in quitting smoking. The data will be available in May or June. Greg Collier, chief executive of Invion, says the data was important because it gives the company confidence to push ahead with clinical trials of an inhaled version of nadalol for the treatment of other respiratory diseases such as asthma, COPD, and cystic fibrosis.

The company’s hypothesis is that nadalol inhibits a cellular pathway that causes the cells lining the lung to change from normal cells to mucus-producing cells, as reported by the Morning Herald. Collier explains that this is the underlying pathology in diseases such as cystic fibrosis and asthma. Collier states, “The smoking cessation trial also forms the basis of supporting all of our programs around nadalol.”

The Sydney Morning Herald report notes that even if the drug does not help smokers quit, Invion will still investigate its use in inhibiting the over-active mucus production in the lungs of respiratory disease sufferers.