Spirometry is the most basic pulmonary-function test used to identify disease, assess its severity, and determine its progression. Spirometry has benefited from technological advances that have simplified calibration and accuracy, standardized testing, and made possible the detection and physiological classification of chronic lung diseases, including chronic obstructive pulmonary disease. Spirometry, however, is underused in primary care medicine, where its ability to detect major lung disease is so fundamental. This position has been championed by Thomas Petty, MD, and the National Lung Health Education Program, as well as in many other scientific/medical circles.1-4 Individuals who present with risk factors or a history of lung exposure to potentially damaging inhaled agents should undergo spirometric testing to determine their functional status, to monitor the progression of disease, or to assess their response to prescribed therapy. High-quality baseline measures, which are often lacking, can provide considerable insight into the disease process, especially if the patient previously had normal lung function. It is important for the spirometer to assume its rightful place beside the blood-pressure cuff, electrocardiograph, and chest-radiography unit.

Spirometry has long been used to measure pulmonary mechanics in various settings, even in challenging patient populations. An extensive body of knowledge provides understanding and interpretation of flow and volume changes and allows pattern recognition by plotting flow versus volume. Innovative developments in spirometric instrumentation have led to the establishment of quality standards by the American Thoracic Society and other professional societies. Consistently, technical training has enhanced reliability so that normative comparison databases could be established.5-9 Different effort-dependent flow patterns have been scrutinized and refined to help identify specific pathology. High-quality instrumentation is available for any setting at an affordable price. While some may argue that widespread testing may be accompanied by the distinct disadvantage of increasing medication use and costs,10 many applaud this increase in awareness and diagnostic capability at an affordable cost.1 The limitations of spirometry are well described and include age (for the very young and the very old), utility in acute care settings, the effort dependency of the breathing procedure, and the need for well-trained individuals to obtain high-quality results.3,11-13

Oscillometry has traveled a difficult road in its quest to gain acceptance as a possible alternative or adjunct to spirometric testing. At present, several technological approaches are available, either experimentally or commercially: the esophageal technique, the interrupter technique, body plethysmography, and impulse oscillometry (IOS).14-16 A number of oscillometers are either in production or under development.

Oscillometry does not assess flow and volume as spirometry does; rather, it assesses airway resistance, reactance, and capacitance, and it may provide meaningful data for both inspiratory and expiratory effort. Even though oscillometric technology dates back to 1956,17 its recent upsurge has been prompted by the need for pulmonary function assessment in the very young and old, in those with acute exacerbations, and in those who are unable to perform forced maneuvers; for postoperative assessment; and for a measure of lung function that transcends animal to human investigations. The sensitivity and specificity of oscillometry may or may not be superior to those of spirometric testing and are technique specific. The most practical asset of oscillometry is that data are captured during normal tidal breathing. In this sense, its applicability may even exceed that of spirometry. Some reports17-21 suggest that oscillometry might detect early disease and have a better ability to monitor lung-function change resulting from various therapeutic interventions.

Impulse oscillometry provides a means of assessing respiratory impedance in a spontaneously breathing patient. In operation, a loudspeaker generates a pulse wave lasting 0.1 second, and this is transmitted down the airways. A sensor picks up the reflection of the propagated wave that is superimposed on the resting breathing pattern. The reflected wave varies in amplitude and phase according to the resistance and reactance of the lungs. By generating strings of sound waves of varying frequencies throughout the respiratory cycle, the instrument can check many different levels within the respiratory tree during normal breathing. High frequencies move easily in the large airways, while lower frequencies travel to the smaller airways, allowing the investigation of both large and small airways. This technique can be used in the very young and very old and during periods of distress; repeated measurements do not alter pulmonary function, it is suitable for bedside measurements, and it can be used to assess lung function in animals, as well as humans. It is not effort dependent. These additional advantages make the technique suitable for such research as new drug trials.

Respiratory impedance can be subdivided into resistance and reactance (impedance equals the square root of resistance squared plus reactance squared).14 Reactance is created by the inertia to airflow and compressibility of trapped volumes. Both contributors to reactance are highly frequency dependent. The fascinating feature of IOS is that the machine, not the patient, drives the system. Thus, it is not effort dependent. Resistance, on the other hand, relates more directly to the tube diameter and tube length of the airways, as well as to the mechanics of the chest wall. Resistance is of five principal types: extrathoracic, central, peripheral, pulmonary, and chest wall. As measured by IOS, it consists of resistance of the oropharynx and larynx, trachea, large and small airways, lung, and chest wall. Resistance is typically measured using a body plethysmograph, yet this device is expensive, bulky, and technically challenging, and good patient effort is required. Reactance depends on the elastic/capacitance properties, which depend, in turn, on surface area within the tracheal-bronchial tree and the inertial properties of air moving through the lung. Reactance changes with disease and treatment. A change in the resonant frequency (a unique frequency at which total impedance to airflow is entirely flow resistive) on a plot of reactance by frequency signifies changes within the lung. Not only will the resonant frequency shift, the plotted line will be shifting to indicate changes in reactance throughout the frequency spectrum.

Subjects are typically measured in the sitting, upright position, but any body position can be used as long as technical notes are made to alert the reviewer (since changes in body position profoundly influence lung function). Use of a special mouthpiece designed to position the tongue away from the airway and maintain it in a uniform position is optimal. For infants, the technique varies slightly based on body size, but the principle remains the same: Eliminate any potential artifact that would alter the measurements.

The subject is instructed to breathe normally. After the respiratory waveforms have stabilized, the measurements can be secured. Depending on the subject, stabilization of the cheeks with the palms of the subject’s hands during spontaneous breathing may or may not be required.22 After about 60 seconds of data collection, the subject should be instructed to inspire and expire fully (slow maneuver) to produce a scale for adjusting the IOS measurements to the intrinsic lung volume. A series of trials should be completed.

Since multiple factors influence the oscillometric signal, the technician should be attuned to recognizing patterns suggestive of error and artifact during data collection. For example, air leaks around the mouthpiece may create a sawtooth waveform that biases the measurement; so may swallowing fluids or glottal closure, rapid irregular breathing, or another type of breathing artifact. If errors are suspected, the data should not be accepted and another data-collection run should be initiated. There are cases that cannot be improved, so good technical notes should accompany the report.

A vast database, especially concerning children, is evolving for IOS. There is a need for high-quality normative data that are sensitive to age, gender, race, and anthropometric factors. Normal values for each index are required for interpretation. Innovations in IOS devices are also needed to limit or remove as many possible sources of artifact as possible. In addition, clinicians and technicians need to be educated with regard to the uses and limitations of IOS in a wide array of settings and client populations. Studies have demonstrated that IOS is reliable, sensitive, and specific in detecting changes in airway structure.23-25

A major factor increasing the diagnostic capabilities and utility of IOS will be standardized, meaningful presentation of the data. As the understanding of oscillometry emerges, so should the visualization and meaning of the indices measured. Further, the ability to review inspiratory, expiratory, or combined data will assist clinicians in arriving at a high-quality diagnosis and/or treatment plan. Studies26 are also emerging that quantify the ability of IOS to assist users in evaluating other pathological conditions.

Lung-function testing via spirometry is a critical tool for identifying and assessing the progression of lung disease. This is particularly true in patients with known risk factors for preventable illness. We should advocate wider use of lung-function testing in primary care and continue to push for instrumentation innovations and high-quality training programs for technicians and clinicians. IOS provides the ability to assess physiological function continuously during tidal breathing. We must expand our existing database to include expected values that are age, gender, race, and anthropometrically sensitive. 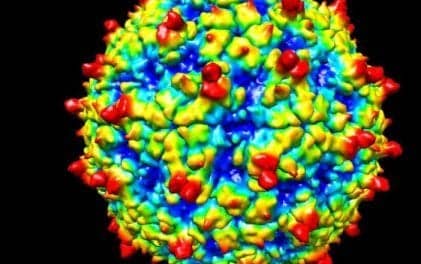