Are you treating your elderly COPD patients right? A lot of you apparently are not, according to recent research.

I searched the Internet for “COPD Guidelines” and came up with a possible 338,000 documents, surely sufficient evidence that guidelines and protocols for treating patients with respiratory disorders are well researched. By implication, that means that respiratory care professionals have found them efficacious. And yet, a study out of Florida found that these guidelines are “routinely ignored.”

Benjamin Craig, PhD, from the Moffitt Cancer Center, Tampa, Fla, and colleagues1 investigated the treatment of nearly 30,000 patients (16% current smokers; 53% former smokers) across the United States. Their findings: “Despite the proliferation of numerous guidelines for the management of adults with obstructive respiratory diseases, we found major disparities between the actual care given and that which is recommended.”

When asked about these findings, Bill Pruitt, RRT, AE-C, CPFT, clinical educator at South Alabama University, told me that, although he did not have a figure in mind related to the percent of care provided that did not follow protocols, a significant amount of that care is missing coverage: no short-acting b-agonists, long-acting b-agonists, or inhaled corticosteroids; no pulmonary rehab; no PFT—this is not about patient compliance: this is prescribed care and follow-up, he says.

There is hope: A growth in the number of protocols may be pointing care in a more positive direction. Case in point: James Stoller, MD, at Cleveland Clinic said that his team has a long-standing use of RT protocols, which are based on data gathered over the years, demonstrating that the use of protocols enhances the allocation of RT services. This has required the buy-in of all stakeholders—RTs, physicians, and physician leaders.

Pruitt says that if these “assess and treat” protocols using qualified, educated therapists became a nationwide approach, problems such as those described in Craig’s study could be greatly impacted.

Are your treatment plans protocol driven? Have all of the stakeholders in your facility bought into the utilization of evidence-based medicine? If not, perhaps it’s time for you to do the right thing and become an advocate for the undertreated elderly patients under your care. You’ll certainly have plenty of evidence to back you up.

Inhaled Steroids May Not Work for All Patients with Mild Asthma 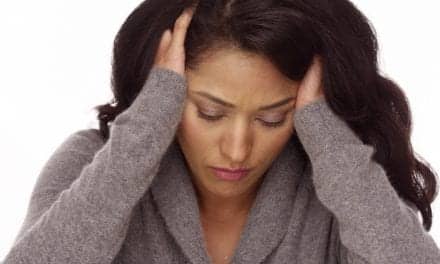