Paradoxical vocal fold motion disorder (PVFMD) — a vocal cord disorder brought on by stress, anxiety or increased exertion which causes the vocal cords to constrict and obstruct breathing — is often misdiagnosed as exercise-induced asthma in athletes, according to study results presented last week as part of the Triological Society’s 116th Annual Meeting. An estimated 5% of athletes have PVFMD, which can severely impact performance, researchers noted.

[Read more from RT Magazine on the common misdiagnosis of vocal cord dysfunction as asthma.]

“There isn’t a lot in the literature about PVFMD in elite athletes, and our study shows that because of their high level of conditioning they may be more difficult to diagnose and treat than non-athletes,” said lead author Brad deSilva, MD, residency program director for the Department of Otolaryngology at Ohio State’s Wexner Medical Center.

deSilva’s team examined 46 division one collegiate athletes, marathon and triathlon runners who were newly diagnosed with PVFMD. Only 30% of the study group reported consistently experiencing PVFMD symptoms, such as coughing during exercise. In post-exertion testing, however, researchers verified PVFMD diagnosis in all but six of the athletes. The athletes were were less likely to present with a history of reflux, laryngeal edema or psychiatric diagnosis than were their non-athlete counterparts with the condition.

“Because PVFMD can have both physical and emotional impacts, using tactics that help athletes gain a sense of control over their breathing can be really effective,” said Marcinow. “Athletes may also need additional alternative forms of therapy such as biofeedback or intervention from a sports psychologist.” 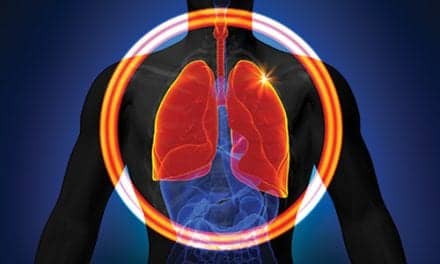