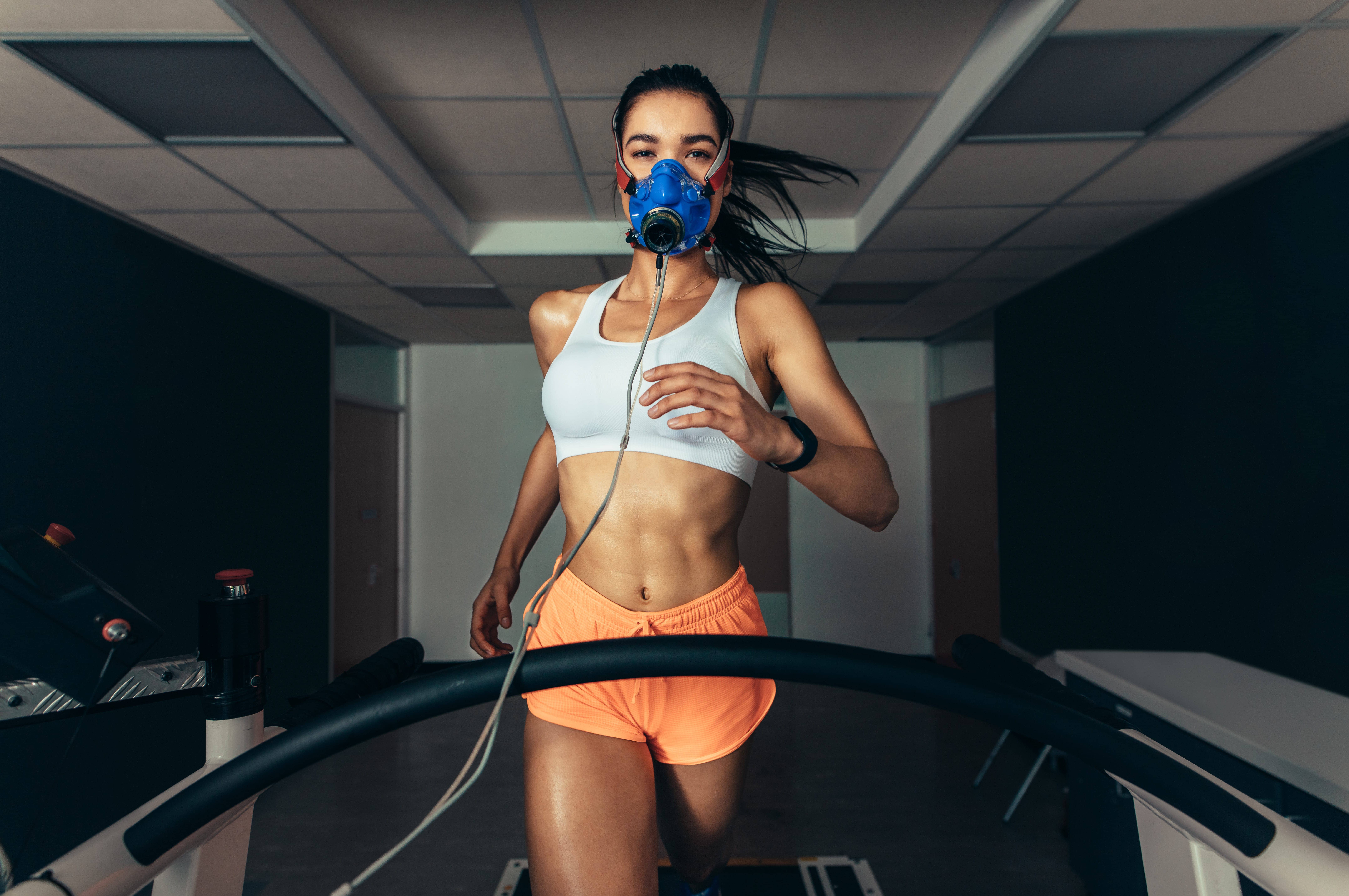 Exercise is recognized as one of the most common triggers of bronchoconstriction and may be present in both patients who have been diagnosed with asthma and in those who have not.

Exercise-induced bronchoconstriction (EIB) and exercise-induced asthma (EIA) has been recognized in the medical community for a very long time. The Greek physician Aretaeus of Cappadocia was credited with this quote, dated from 100 AD: “If from running, gymnastics, or any other work, breathing becomes difficult, it is asthma.”1 Exercise is recognized as one of the most common triggers of bronchoconstriction and may be present in both patients who have been diagnosed with asthma and in those who do not have asthma. This article will look at the features, diagnosis, and management of EIB and EIA to provide a better understanding of what is involved in the care of these patients.

When an episode of EIB or EIA occurs patients complain of one or more of the following symptoms: dyspnea, cough, shortness of breath, wheezing, and chest pain. In the general population, EIB is present in some 7% to 10% in the general population. Between 40% to 90% of children with asthma have EIB, particularly in children who have severe asthma that is not controlled by medications. In athletes who play endurance sports, winter sports, or sports related to swimming the prevalence is estimated to be between 20% to 50% with the higher levels occurring in those competing in winter sports.1-2

Why EIB/EIA occurs is not clear, but there are three commonly mentioned theories about the mechanism of these conditions.1 The first is described as the thermal theory. The mechanism here relates to the high volume of air moved in and out of the lung during exercise. This cools and dehydrates the airways, resulting in vasoconstriction, and stimulation of the cholinergic receptors that bring about bronchoconstriction and increased bronchial secretions. Within a short time of stopping the high ventilation demand, reheating occurs in the airways accompanied by vascular distension, vascular congestion, increased vascular permeability, and bronchial wall edema. These four actions bring about a mechanical narrowing of the airway on top of the already present bronchoconstriction and increased secretions.

The second theory is described as the osmotic theory. The mechanism here relates to the bronchial dehydration that occurs with a large increase in minute ventilation. This dehydration causes a hyperosmotic environment in the airway walls, which activates the influx of eosinophils and mast cells.  These cells cause the release of mediators such as leukotrienes, histamine, IL-8, tryptase, and prostaglandins. These mediators bring about smooth muscle fiber contraction and bronchoconstriction.

The third theory is described as the theory of epithelium microtrauma. The mechanism here relates to small airway epithelium dehydration combined with exposure to shear stress caused increased airflow and increased transepithelial pressure gradient. At resting breathing the transepithelial pressure gradient is -8.5 cm Hg. During exercise this gradient more than doubles, reaching -20 cm Hg. This causes disruption and injury to the epithelial cells. With repeated damage and repair, bronchial hyperreactivity and airway remodeling occurs. Another factor in epithelium microtrauma is air quality. Training and competing indoors versus outdoors affects the exposure to allergens and air pollution. Swimmers have increased exposure to chlorine and other chemicals. This exposure can bring about airway sensitization.1

The workup in diagnosing EIB/EIA must include a medical history and physical exam followed by testing. Symptoms alone are not reliable to diagnose EIB/EIA so objective testing is needed for this evaluation.1 The first step in testing is pre-post spirometry with administration of a short-acting beta-agonist (SABA) to check for reversibility of airflow obstruction. Reversibility is defined by an increase in the FEV1 from pre- to post-SABA of at least 200 mL and 12%.2 A positive pre-post bronchodilator test helps to uncover possible underlying asthma. Biomarkers such as eosinophils (from blood or saliva samples) and exhaled nitric oxide (from FeNO testing) may also be useful to evaluate cases where allergy/asthma is suspected.3

The gold standard for diagnosis of EIB is spirometry performed with exercise challenge testing (ECT) and is the next step in the work-up after the pre-post bronchodilator test.1 ECT is usually scheduled days later after the initial pre-post bronchodilator test. With ECT, a baseline spirometry test is performed before exercise to record at least two acceptable FEV1 maneuvers. Then the exercise challenge is performed, most often by either running on a treadmill or using a stationary exercise device (ie, cycle ergometer) followed by measurement of the FEV1 at 5, 10, 15, and 30 minutes post-exercise. If any of the post-exercise FEV1 values drops by >10% from the baseline FEV1, EIB is confirmed.2 Sometimes ECT is not possible (due to lack of proper exercise equipment or in patients who cannot perform the exercise) alternative tests may be used. Alternative testing includes methacholine challenge, eucapnic voluntary hyperventilation, mannitol challenge, hypertonic saline challenge, and histamine challenge. Similar to ECT, the criteria for diagnosing EIB/EIA in the alternative tests is a drop in the FEV1 by >10%.2

Cardiopulmonary exercise testing (CPET) gives a more global assessment for exercise-induced dyspnea and exercise intolerance by measuring the responses of the cardiopulmonary, skeletal muscle and neuropsychological systems. In CPET, the metabolic rate is assessed by measuring oxygen consumption (VO2), CO2 production (VCO2), and the respiratory exchange ratio (RER). Cardiac function is assessed by heart rate, and electrocardiogram. Respiratory function is assessed by minute ventilation (VE), the ratio of VE to VO2, the ratio of VE to VCO2, SpO2, and pEtCO2. Dyspnea during exercise may be the result of deconditioning (being relatively unfit). Deconditioned patients begin to build up lactate at lower levels of exercise, which results in an early, abnormal increase in ventilation that is detected by CPET. In obese patients, CPET is useful to distinguish dyspnea with exercise from EIB based on increased VO2 and not on bronchospasm.1

Cardiac disease is another possible cause of exercise-induced dyspnea which CPET can help uncover.4-5 In an article published in 2022 concerning EIB in children, the authors state, “Cardiopulmonary exercise test, which measures ventilation, oxygen consumption (VO2), carbon dioxide production (VCO2), pulse oximetry, and flow volume loops during and after exertion, is essential for identifying forms of dyspnea related to alterations of cardiovascular, pulmonary, and musculoskeletal systems.”2

Other conditions are included in the differential diagnosis of EIB/EIA. These include exercise-induced laryngeal obstruction or dysfunction (EILO or EILD), exercise-induced laryngeal prolapses, and exercise-induced laryngomalacia, which closely mimic symptoms of EIB/EIA.1,6 These conditions are evaluated by continuous laryngoscopy performed during ECT. Symptoms may be triggered by just one of the possible causes (EIB, EIA, or EILO) or one or more of the can be combined to bring on symptoms.6 EILO or the other laryngeal problems should be considered if treatment for EIB/EIA is not bringing about the expected outcome. Should EILO be present, patients are referred to a speech-language pathologist for treatment.

Physical activity is beneficial for asthmatic patients and can improve FEV1, peak expiratory flow (PEF), forced vital capacity (FVC), FEF25-75%, reduce symptoms, and improve the quality of life.2,8 An article from 2022 regarding EIB in asthmatic children and adolescents states that, “children with low levels of physical activity have up to a 35% increased risk of new-onset asthma and/or wheezing.”7 Exercise can often be successfully accomplished in patients with EIB with pharmacologic and non-pharmacologic interventions.

The 2021 Global Initiative for Asthma (GINA) recommends reliever medications for short-term prevention of EIB (as needed) and use of a maintenance drug—an inhaled corticosteroid (ICS). When breakthrough symptoms are a problem, GINA recommends having a warm-up session before exercise (non-pharmacologic approach) and/or taking a SABA or a low dose ICS- formoterol before or during exercise.9

In some patients, an ICS combined with a long-acting beta agonist (LABA) may be useful to control EIB. For patients who are not able to take a SABA medication, a short-acting muscarinic antagonist (SAMA) may be used. Likewise, if patients are not able to take a LABA, a long-acting muscarinic antagonist (LAMA) may be used. Leukotriene receptor antagonists (LTRA) are the last agent in the pharmacologic approach. Montelucast (trade name Singulair) is an oral LTRA can be taken intermittently or daily. It should be taken one to two hours prior to exercise and is active for up to 24 hours.1

For exercise in cold, dry environments, use of a facemask (a nonpharmacologic approach) that features a heat-moisture exchanger can help increase the temperature of inspired air and may reduce some of the problem with dehydration by increasing the inhaled water vapor levels. Facemasks may also reduce the load of inhaled allergens and particles and reduce the occurrence of EIB.1,3 Exercising in areas that have lower air pollution, avoiding busy highways, and exercising in times where traffic is light can help reduce EIB by reducing exposure to pollution and particles in the air.

Another nonpharmacologic approach is related to nutrition and diet. Increasing the intake of fish oil that is rich in omega-3 fatty acids may have an anti-inflammatory effect. Caffeine may also help due to the bronchodilator effect; but the evidence supporting these dietary actions is weak.1

EIB/EIA appears in many people and has the effect of limiting exercise, contributing to deconditioning, and decreasing quality of life. EIB/EIA may be difficult to diagnose or may not be the cause of dyspnea during exercise, so careful examination and testing is needed to make a clear diagnosis. Spirometry, pre-post bronchodilator testing, exercise challenge testing, and cardiopulmonary exercise testing may be helpful in ruling in or ruling out EIB/EIA. Laryngeal issues or other conditions may be uncovered as well. Management of EIB/EIA can be accomplished by non-pharmacologic and pharmacologic approaches, and reducing EIB/EIA can make a difference in patient’s lives.

Bill Pruitt, MBA, RRT, CPFT, FAARC, is a writer, lecturer, and consultant. He has over 40 years of experience in respiratory care, and has over 20 years teaching at the University of South Alabama in Cardiorespiratory Care. Now retired from teaching, he continues to provide guest lectures and write. For more info, contact [email protected]