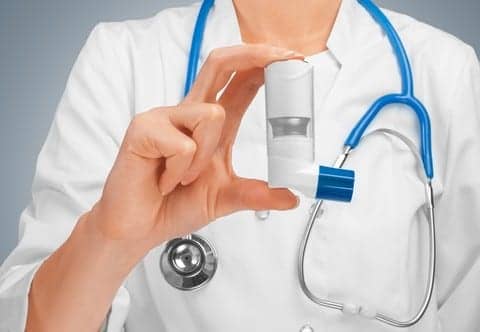 Initial findings from a major European study have helped identify key characteristics of severe asthma, which will help with the development of new treatments, according to a European Lung Foundation news release. The U-BIOPRED project was established in 2008 to better understand severe asthma and identify new treatment targets. The new paper examines several characteristics including symptoms, airway measurements, and patients’ quality of life. The study involved four groups of adult participants in 11 countries and the researchers followed them up for over a year.

Patients with severe asthma also reported worse quality of life and higher levels of depression and anxiety in addition to more nasal polyps, acid indigestion, and poorer lung function. The European Lung Foundation news release notes that a key finding of the study is that although patients with severe asthma take greater amounts of anti-inflammatory treatment, including inhaled and oral steroids, they still had higher levels of inflammation in their airways.

Dominick Shaw, MD, lead author of the paper, says, “This study is the first to describe severe asthma across such a large cohort. Our findings are consistent with other recent descriptions of the condition and will enable us now to identify distinct asthma phenotypes, or subgroups.”

Shaw adds, “Once we can break this condition down into different groups, patients can be swiftly and accurately diagnosed and individually treated by targeting the mechanisms that are driving their own disease. Once we can identify these new treatments, we can lessen the burden of this chronic and debilitating disease.”

The European Lung Foundation news release indicates the U-BIOPRED study will continue to publish findings from this cohort and a pediatric cohort in the coming months.