The Environmental Protection Agency (EPA) has awarded researchers at the UMDNJ-Robert Wood Johnson Medical School a $1.2 million grant to examine how elevated levels of exposure to air pollutants, coupled with psychological stress, may contribute to higher rates of asthma in urban communities. The study will focus on children in the Ironbound section of Newark, NJ, one of the most asthma-prevalent areas in the state.

Newark residents have disproportionately high rates of hospitalization and emergency room visits as a result of asthma attacks, according to the New Jersey Department of Health and Senior Services.

Over the next 4 years, the researchers will evaluate 40 Ironbound children between ages 9 and 14 who have mild to moderate persistent asthma. The researchers will evaluate numerous asthma triggers in children, including exposure to multiple air pollutants caused by the area’s severe traffic congestion and the effect of chronic stress that results from socioeconomic circumstances.

The researcher will measure a child’s individual exposure to air pollutants for 24 hours per day for 4 weeks using digital devices clipped to his or her clothing. By comparing air pollution exposure to periodic daily measurements of breathing capacity, the researchers will assess the impact of air pollution on asthma. The researchers will also evaluate the effect of stress conditions within the children’s lives through interviews with participant families and measurement of stress hormones, in order to determine whether or not those children with higher stress levels have more severe responses to air pollution.

Under typical conditions, the body naturally responds to an asthma attack in an attempt to reduce its severity. However, the investigators believe that elevated chronic stress conditions within urban communities, such as poverty or violence, inhibit the body’s ability to cope, thereby creating a more severe asthma attack for children in those areas. The researchers believe the combined effects of air pollution and stress may be one reason why asthma hospitalization is four times greater in children who live in some urban communities.

The Ironbound section of Newark is bordered by the New Jersey Turnpike, state Routes 1 and 9, Interstate 78, Newark Liberty International Airport, and the Ports of Newark and Elizabeth. The high density of diesel trucks, ships, port equipment, airplanes, and cars in this area causes higher concentrations of soot and other air pollutants in the air.

It's Not Your Father's Pulse Oximeter! 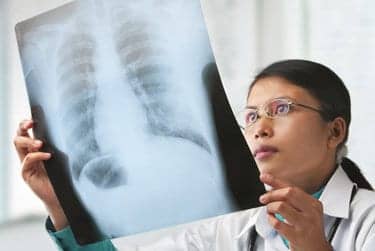 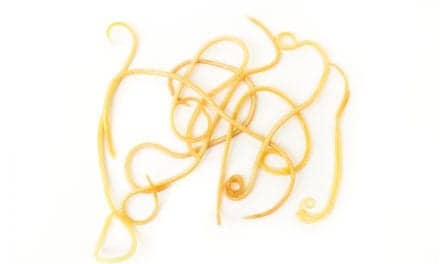 Could a Protein from Intestinal Worms Lead to a Cure for Asthma?