A new study found that the negative health effects of early-life exposure to secondhand smoke appear to impact girls more than boys—particularly those with early-life allergic sensitization. The findings appear in the journal Pediatric Allergy and Immunology.

Epidemiologists with University of Cincinnati’s (UC) Cincinnati Childhood Allergy and Air Pollution Study (CCAAPS), funded by the National Institute for Environmental Health Science (NIEHS), found that children exposed to high levels of secondhand smoke who also had allergic sensitizations during early childhood (age 2) are at greater risk for decreased lung function at age 7 compared to children who had not developed allergic sensitizations by this age.

Additionally, lung function among girls was six times worse than in boys who were exposed to similar levels of both secondhand smoke and allergen sensitization.

"Our study shows that the timing of allergic sensitization is crucial because children who are sensitized by age 2 are more likely to suffer the greatest lung deficits during childhood as a result of secondhand smoke exposure," said Kelly Brunst, first author of the paper and doctoral candidate in the division of epidemiology and biostatistics at UC. "This association was not observed at age 4 or 7, emphasizing the importance of this critical window for lung development."

This is the first study to explore the differential gender effects of secondhand smoke exposure using an internal biomarker for secondhand smoke—hair cotinine (product of nicotine metabolism)—while also accounting for the importance of timing and extent of allergic sensitization on lung function.

Previous studies have estimated that one in four children in the United States living in a home with at least one smoker have cotinine concentrations more than twice as high as those living with nonsmoking adults. Secondhand smoke exposure during childhood has also been associated with respiratory illness, decreased lung function and asthma development/exacerbation.

"It’s likely that the complex interaction between secondhand smoke and pulmonary function loss in boys and girls is ultimately dependent on the timing of exposure as well as the child’s ‘total load’ in relationship to cumulative risk factors—exposures, allergic sensitization, asthma status, genetic susceptibility and sex hormones."

CCAAPS is a long term childhood study examining the effects of environmental exposures on respiratory health and allergy development. All infants in the study had at least one parent with known allergies and were followed from infancy until age 7.

For this study, researchers examined a population of 476 children in the Greater Cincinnati metropolitan area identified from birth to be at increased risk for allergies based on family history and proximity to major roads. Hair samples were collected at age 2 and 4 to measure average cotinine concentrations. At age 7, all children had lung function and asthma diagnosis testing. This information was then correlated with data about allergy sensitization collected through annual skin prick allergy testing, self-report questionnaires about allergy symptoms and the home/school environment. 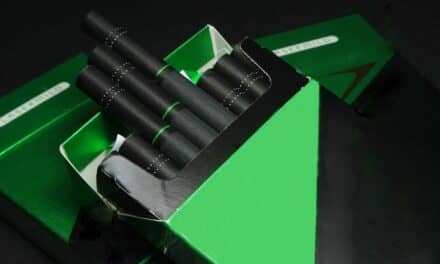