Of all patients admitted in the intensive care unit, approximately one-third require mechanical ventilation of various durations.1 Timely discontinuation of ventilatory support—liberation from mechanical ventilation—is a critical clinical end point for these patients. Delays in the weaning process can unnecessarily increase the risk for infection, such as ventilator associated pneumonia, airway trauma, adverse effects of sedation, and other ICU interventions.2 Also, a delay in liberation can increase health costs and place a resource burden on health care institutions. On the flip side, premature withdrawal of mechanical ventilation can lead to reintubation, nosocomial pneumonia, and even death.3

Minimizing patient pain and anxiety is among the many goals of the ICU clinical team. With limitation on the ability to vocalize, intubation patients in the ICU are at especially high risk for experiencing prolonged, untreated pain and psychological distress.6 In response to these risks, pharmacological agents that produce sedation or analgesia are commonly administrated to alleviate pain or distress in these patients. Even though the need to administer pharmacological agents is widely accepted by medical professions, the specifics of how sedation is administered are less defined. Sedatives are often given to patients who are receiving mechanical ventilation to alleviate their anxiety, decrease excessive oxygen consumption, and facilitate nursing care.7 Administration of these drugs by continuous infusion offers a more consistent level of sedation than does intermittent bolus administration and thus may improve patients’ comfort. Intermittent administration of sedation is often difficult, and such regimens can be taxing on nurses and can hamper other aspects of patient care. A potential drawback to continuous infusions, however, is the accumulation of the drug and accompanying delays in the improvement of mental status.

How sedation is administered can substantially impact clinical outcomes for mechanically ventilated patients.8 For example, Kollef and colleagues2 showed that patients receiving continuous intravenous sedation spent a longer time on the ventilator than those patients sedated by intermittent boluses. Patients sedated continuously also had worse outcomes in other clinical areas, including ICU and hospital length of stay, organ system failure, and higher reintubation rates.9

In the past decade, concern over the negative effects of oversedation has given impetus to the investigation of methods to safely deliver the appropriate level of sedation to patients without delaying extubation or adversely impacting other outcomes. Two specific concepts that were developed to achieve this goal were patient-targeted sedation protocols and spontaneous awakening trials.

Just as spontaneous breathing trials are used to determine when a patient is ready for unassisted breathing, spontaneous awakening trials are instituted to determine a patient’s need for sedation by a thorough assessment when the patient’s sedation has been terminated. The spontaneous awakening trial was first introduced into the literature by Kress and colleagues5 in a single center trial that enrolled 128 mechanically ventilated patients who were receiving continuous IV sedation. In this randomized trial, a sedation strategy involving daily interruption of sedation infusions (end point was patients who were awake) significantly reduced ventilator duration and ICU length of stay. The patients in the control group were monitored each day by research staff, and the total daily doses of sedative drugs infused were recorded. The adjustment of the dosage of sedative drugs in the control group was left to the discretion of the intensive care unit team. Apart from daily interruption and resumption of sedative-drug infusions in the intervention group, all other decisions regarding patient care were made by the intensive care unit team.

Each day, assessment of each patient’s mental status was evaluated with respect to wakefulness. Patients were considered awake if they were able to perform at least three of the following four actions, which could be assessed objectively: open the eyes in response to a voice, use the eyes to follow the investigator on request, squeeze a hand on request, and stick out the tongue on request. The percentage of days on which the patient was classified as awake (the number of days awake divided by the total number of days during which sedative-drug infusions were given) was recorded. Patients were considered to have been awake on any given day if they had been awake at any time during that day.

The primary end points of this study were the duration of mechanical ventilation, the length of stay in the intensive care unit, and the length of stay in the hospital. The total doses of either midazolam or propofol and of morphine administered were recorded, as were the average rates of infusion (calculated as total milligrams of drug per kilogram of body weight, divided by the total number of hours from the start of the infusion to its termination).

The use of neurologic tests (eg, computed tomography of the brain, magnetic resonance imaging of the brain, and lumbar puncture) was recorded, as were the numbers of patients requiring paralytic drugs, reintubation, noninvasive ventilation, or tracheostomy. Adverse events (eg, removal of the endotracheal tube by the patient), transfer to a facility equipped to provide long-term ventilation, withdrawal of care (a change in care from curative measures to measures aimed at comfort), and death in the hospital were also recorded. The specific end points to be studied were not disclosed to any of the caregivers.

There was no increase in adverse events, including the occurrence of self-extubations.9 The overall rate of complications was 2.8% in the intervention group versus 6.2% in the control group (P=0.04). This outcome suggested that complications related to a longer admission in the ICU and to mechanical ventilation were significantly reduced when daily spontaneous breathing and awakening trials were used, thus providing further support for their use when caring for mechanically ventilated critically ill patients.

Despite research demonstrating and supporting inclusion of spontaneous awakening trials as part of standard sedation strategy, their routine implementation in ICUs has been less than expected. Surveys have indicated that less than 40% of ICUs utilize this intervention regularly.10,11 To understand this infrequent use of the sedation strategy, a 2004 survey was conducted by the Society of Critical Care Medicine to identify barriers to its implementation. The most frequently reported barrier for not using regular spontaneous awakening trials included concerns regarding patient safety, patient comfort, and self-extubation. Also, it was postulated that a patient-targeted sedation protocol would deliver similar results without mandating complete interruption of sedation, which some clinicians believed would precipitate a traumatic psychological experience for critically ill patients. Kress and coworkers5 sought to address the psychological harm attributable to spontaneous awakening by interviewing patients enrolled in their original trial. The outcome of the interviewing demonstrated that there was no difference between groups in terms of anxiety or depression. These data, combined with the demonstrated safety benefit in terms of outcomes and complications, suggested that spontaneous awakening trials can safely and dramatically improve patient care for mechanically ventilated patients in the ICU.

Wake Up and Breathe

Patients managed with a daily wake-up-and-breathe protocol had an average of 3.1 more ventilator-free days than did patients in the control group (P=0.02). This improvement was seen despite the fact that the time to first attempt of a spontaneous breathing trial was equal in the intervention and control groups. The patients in the intervention group, however, were deemed more awake at the time they first passed their spontaneous breathing trial; thus, based on this fact, the intervention group was also more apt to be extubated at that time. This finding suggests that the mechanism for ventilatory reduction was not a change in respiratory function but an improvement in the patient’s level of sedation.4

At our institution, we implemented a wake-up-and-breathe protocol within the past 12 months. Patients receiving mechanical ventilation are placed on continuous infusion, and sedation is assessed. Sedation is either reduced via pump administration and/or turned off. Our protocol mandates a sedation holiday once every 24 hours based on clinical assessment and status. During this sedation holiday, the patient level of awareness and pain is evaluated, and if sedation/analgesia is still required, bolus drug administration is delivered. If the patient is awake and stable, a spontaneous breathing trial is initiated and assessed for at least 30 minutes. Initially, there were several barriers to this protocol. Many barriers were similar to what other studies or research has encountered: fear of accidental extubation, patient pain and anxiety, inability to gain ventilator synchronization in a timely manner, and proper patient selection. Bedside education was provided by key clinical team members, including pharmacy, respiratory therapy, and nurse educators. Patient selection was terminated during resident bedside clinical rounds that occur between 6 and 7 am. Patients who were still in the acute process of their clinical course or deemed unstable were not placed on the protocol. At this juncture, the protocol has been widely implemented, and we are currently looking at its effect on ventilatory duration. Accidental extubation has remained at historical levels.

The utilization of sedation has long been integrated into the critical care environment. Secondary to pain, discomfort, anxiety, and agitation frequently experienced by critically ill patients, the use of pharmacological agents to alleviate and control these symptoms will continue. However, the current research demonstrates that prolonging the use of sedation medications obligates the clinical team to use agents and methods of sedation that limit these undesirable side effects.12 Numerous observational studies and clinical trials have proven that decisions in sedation management play a critical role in determining outcomes for mechanically ventilated ICU patients. Recent evidence supports the use of protocols that streamline efforts to discontinue sedation and achieve ventilatory liberation in a safe and sequential fashion. Integral to the use of these protocols is proper patient selection. Regardless of the choice of sedating agent, and even when patient-targeted sedation protocols are used to minimize oversedation, the use of spontaneous breathing trials dramatically improves outcomes for mechanically ventilated patients. The critical care team must continue to research and study the delivery of sedation in efforts to maximize patient comfort while limiting patient harm. The respiratory therapist is an integral part of the process and will be in the front line to optimize the balance between comfort and outcomes of the mechanically ventilated patient. 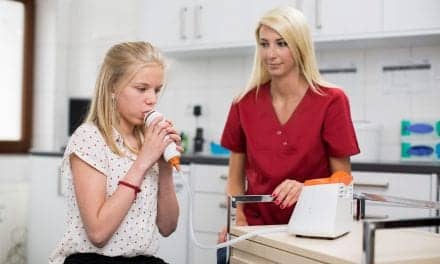