Advancements in inhaled pharmaceuticals may even benefit nonrespiratory conditions, such as diabetes.

Drug Development and Approval
The US Food and Drug Administration (FDA) is considered one of the most rigorous agencies in the pharmaceutical development and approval process. It takes an average of 10 to 15 years after an experimental agent’s discovery for it to reach pharmacy shelves. One drug is approved for every 5,000 agents that reach the human-testing stage. During preclinical testing, a pharmaceutical company must file an Investigational New Drug (IND) application with the FDA. The IND is a summary of the drug’s chemical structure, toxicities observed during animal testing, proposed mechanism of action, the process of manufacturing the agent, and experimental clinical efficacy in treating the intended disease. After approval and progression of the clinical trial series, the company then files a New Drug Application (NDA) that contains the safety and effectiveness information for the novel agent (with all other scientific data) to obtain FDA approval. Once the NDA is approved, the agent is manufactured and made available at pharmacies to be prescribed for patients. Under some circumstances, based upon the type of pharmaceutical product, the FDA may require the manufacturer of the product to include phase IV clinical trials to evaluate the agent’s long-term effects. The FDA will also require a pharmaceutical company to adhere to the same drug-development and approval process for agents granted prior FDA approval, but for which the manufacturer is seeking an additional therapeutic indication for the product.

Budesonide-Formoterol
Budesonide-formoterol is a combination product consisting of an inhaled corticosteroid and a rapid, long-acting b2-agonist. Previous studies3-5 have documented the efficacy of this combination product in reducing asthma exacerbations in adults, but the data for pediatric patients is limited. Data on this new combination product were recently published in the Single Therapy in Adults and Youths (STAY) trial,6 which is considered one of the largest asthma studies ever conducted involving adults, adolescents, and children as young as 4 years old. The trial was a double-blind, randomized, parallel group study conducted in 243 centers in 23 countries. A total of 3,251 patients were enrolled, with 2,760 patients randomized to receive the study drugs. Patients were randomized to one of three treatment groups: 80 mg budesonide with 4.5 mg formoterol twice daily plus the same dose as needed, the same dose twice daily plus 0.4 mg terbutaline as needed, or 320 mg budesonide twice daily plus 0.4 mg terbutaline. The first regimen, delivered in a single inhaler, prolonged the time before the first severe exacerbations (P<.001), decreased the overall need for systemic steroids (P<.001), resulted in 14 extra nights of undisturbed sleep per year (P<.05), sustained reductions in the rescue medication used for symptom relief (P<.001), and lowered the risk of experiencing a severe asthma exacerbation 45%. The STAY trial is part of an investigation of single inhalers that incorporates several large, randomized, multicenter studies that have enrolled more than 13,000 patients with mild-to-severe asthma.6-9

The recommended treatment strategy in asthma now is the use of maintenance therapy together with a short-acting b-agonist as rescue therapy. The results of the foregoing trial have demonstrated that a budesonide-formoterol combination can be used as both maintenance and rescue therapy in a single inhaler (currently approved for use in Brazil and the Philippines).

Ciclesonide
Ciclesonide is a long-acting corticosteroid administered once daily. It has novel pharmacokinetic and pharmacodynamic properties. The agent is termed a soft steroid. This concept involves targeted drug delivery close to the site of action where the pharmacological effect is exerted (thus reducing the risk of side effects).10 Ciclesonide has been evaluated in a number of clinical studies of its efficacy in the treatment of adolescents and adults with asthma. The first study11 was a phase-III, 12-week, multicenter, double-blind, randomized, placebo-controlled quality-of-life study of 1,015 patients with mild-to-moderate asthma. Subjects were more than 12 years of age and had forced expiratory volume in 1 second (FEV1) results of 60% to 85% of the predicted value. Patients were randomized to receive, once daily, a placebo or ciclesonide at a dose of 80 mg (CIS80), 160 mg (CIS160), or 320 mg (CIS320). Quality of life was assessed using the Juniper Asthma Quality of Life Questionnaire (AQLQ). A significant improvement (P <.0001) in the overall AQLQ score was observed for CIS80 (36%), CIS160 (47%), and CIS320 (55%) versus placebo. Another study12 involved 230 patients treated with 160 mg of ciclesonide daily and 221 patients treated with 88 mg of fluticasone twice daily for 12 weeks. Patients had baseline FEV1 levels of 50% to 90% of predicted values. FEV1 was comparable between ciclesonide and fluticasone groups (506 mL versus 536 mL), and forced vital capacity was 531 mL in the ciclesonide group versus 523 mL in the fluticasone group. Asthma scores were similar, with fluticasone subjects requiring less rescue medication than subjects given ciclesonide. The authors concluded that, at the doses tested, once-daily (evening) administration of ciclesonide is as effective as fluticasone, given twice daily, in improving lung function, decreasing asthma scores, and decreasing the need for rescue medication in both adolescents and adults with asthma.

Ciclesonide was given an approval letter by the FDA on October 26, 2004, for the treatment of persistent asthma in adults, adolescents, and children 4 or more years old.13 The approval letter outlines specific points that must be addressed before the FDA will approve the product for marketing.

Amikacin
Aminoglycoside antibiotics, including amikacin, tobramycin, and gentamicin, are primarily indicated for the treatment of gram-negative infections. The primary mechanism of action of this class of antimicrobials is to bind to the 30S subunit of the bacterial ribosome, causing a misreading of the genetic code that results in cell death. The efficacy and toxicity of aminoglycosides are monitored using serum concentrations. Peak serum concentrations determine efficacy and trough serum concentrations are associated with toxicity (nephrotoxicity and/or ototoxicity). Traditionally administered intravenously, amikacin and tobramycin have also been administered to cystic fibrosis patients as aerosols for the treatment of chronic Pseudomonas aeruginosa infection.14,15 One company is developing amikacin administered via proprietary platform for the treatment of ventilator associated pneumonia (VAP). The proprietary platform is a unique, software-driven controller designed to sense ventilator performance parameters and to aerosolize the drug during a segment of the inspiratory cycle. The result is optimal deposition of the drug into the lungs, providing several times the dose delivered using current methods of aerosol delivery.16 The system also incorporates an aerosol generator with a preset particle size that is customized for an individual therapeutic agent. A phase-II, multicenter study is under way to evaluate aerosolized amikacin for the treatment of VAP in the critical care setting. Conducted in both European and US hospitals, this is a randomized, double-blind, placebo-controlled, parallel group study. A target number of 108 patients will be enrolled. The results of the study will not be available until approximately the third quarter of 2005.17 The manufacturer hopes that if a positive outcome is achieved, this will support movement into a phase-III program. For this product, the manufacturer has received a Fast-Track designation from the US FDA.18 The Fast-Track program facilitates the development and expedited review of products indicated for the treatment of serious or life-threatening conditions.

Insulin
An estimated 177 million people worldwide have diabetes. It is now considered the fourth leading cause of death in many countries, and its prevalence is projected to double by the year 2025.19 Insulin is typically indicated for the treatment of patients with diabetes to assist them in maintaining hemoglobin A1c levels of less than 7%. Although many insulin formulations and delivery devices are available, it is traditionally administered via subcutaneous injection to optimize blood glucose. This is a major drawback for the diabetes patient. Various alternatives for the delivery of insulin have been investigated (including insulin patches, pumps, and oral formulations), but the inhalation route looks most promising. A dry-powder insulin formulation has been studied in approximately 3,000 patients worldwide, with some subjects being followed for as long as 5 to 7 years in clinical trials.20 Investigators have used the agent alone or in combination with different forms of insulin or oral supplementary agents. Patients have experienced significant reductions in both fasting plasma glucose and 2-hour postprandial glucose levels. Patients also preferred the new agent, were more satisfied with overall diabetes treatment, and showed greater improvements in symptoms and cognitive function.20,21 At present, the formulation has completed phase-III trials, but has not received FDA approval due to concerns about the drug’s long-term pulmonary safety. More safety data are required; the FDA is scheduled to act on this product by October 2005. Other inhaled insulin products in development include two dry-powder insulin systems and a liquid version.22 Many analysts believe that the first of the dry-powder formulations will reach the market by mid 2006 or early 2007.

Conclusion
Pharmaceutical-agent development will continue to expand due to breakthroughs in pharmaceutics, biotechnology, pharmacotherapeutics, and novel delivery systems. The role and scope of practice of the RT will continue to evolve and may include an expanded role in the respiratory-route delivery of treatments to patients with nonrespiratory disorders. 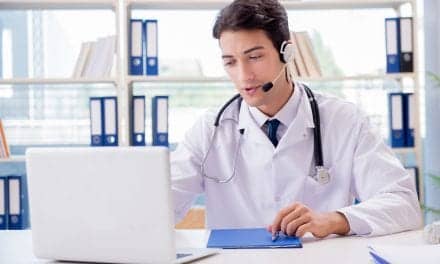