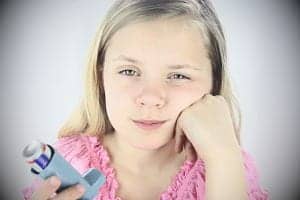 Children living in low-income urban areas appear especially prone to developing asthma, possibly related to infections they acquire early in life. The researchers investigated viral respiratory illnesses and their possible role in the development of asthma in urban versus suburban babies. The differences in viral illness patterns they found provide insights that could help guide the development of new asthma treatments in children.

The findings appear in The Journal of Infectious Diseases.

Viral respiratory illnesses have been linked previously to the development of asthma in childhood. Early studies investigated the association of respiratory syncytial virus (RSV) and the onset of asthma. More recent studies have shown that children with human rhinovirus (HRV) infections have a greater chance of developing asthma by age 6 than children with RSV infections. Additionally, it has been suggested that particular virus strains may be more likely than others to promote asthma development. Because children living in urban inner cities have different environmental exposures than children in suburban areas, the authors of this latest study hypothesized that the types of viral respiratory infections would also be unique to each environment.

To document patterns of respiratory viruses in infants living in urban and suburban locations, James E. Gern, MD, and his team of investigators from the University of Wisconsin in Madison collected nasal secretions from 500 infants from four inner-city areas in the United States—Boston, Baltimore, New York City, and St. Louis—and 285 infants from suburban Madison, Wis. Nasal secretions were sampled during periods when the babies had respiratory illnesses and when they were healthy.

The inner-city infants had lower rates of viral detection overall. This may suggest that other factors, such as bacteria or allergic reactions to pollutions or toxic exposures, contribute significantly to respiratory illness. Sick urban infants had lower rates of two kinds of viruses, HRV and RSV, and higher rates of adenovirus infections, compared to suburban infants. In the urban babies, 4.8% of nasal washes tested positive for only adenovirus, while just 0.7% of samples from suburban babies were positive for only adenovirus. "Adenovirus infections, either as a single pathogen or when detected in concert with other viruses, were significantly more common in the urban population, and this held true for each of the four urban locations where our study was conducted," the authors wrote.

This is of particular interest, the researchers noted, because adenovirus can cause persistent infections. The study authors believe this may suggest that development of the lungs or airways could be altered by adenovirus infections in early life.

In an accompanying editorial, Peter W. Heymann, MD, and Thomas A.E. Platts-Mills, MD, PhD, of the University of Virginia in Charlottesville, noted that the findings are of interest given the pervasiveness and the morbidity and mortality of asthma in poor urban areas. "The results clearly show differences in the detection of viral infections during the first year of life," they wrote, "and this approach is likely to provide novel insights that will serve to guide the development of treatment interventions to decrease the prevalence and severity of asthma during childhood."

In an effort to better understand the origins of non-viral respiratory illnesses, Gern and colleagues are planning experiments to evaluate other pathogens and microbes in the airways. They also plan to follow the urban children in this study for at least 10 years to "test the hypothesis that infections with adenoviruses might be associated later on in childhood with an increased rate of asthma and perhaps lower levels of lung function."