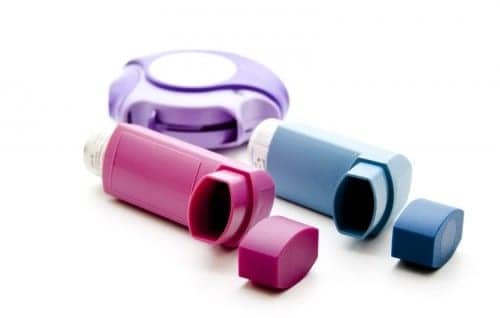 Several new pharmacological treatments for COPD and asthma have appeared on the respiratory market in the past year but what are the advantages these new generation pharmaceuticals?

The World Health Organization reports that 334 million individuals suffer with asthma and another 65 million have some form of chronic obstructive pulmonary disease (COPD). Although several effective pharmaceutical interventions for these illnesses are available, studies indicate that many patients fail to achieve disease control.1 A national survey of more than 1,000 uncontrolled asthma patients, conducted by Kelton Global, reported that 67% of these subjects mistakenly believe they are adequately managing their condition. Clinicians hope that better patient education, less frequent dosing and more sophisticated delivery methods may lead to a reduction in symptoms and better overall disease management.

Newer drug formulations, dosing recommendations and delivery methods have a distinct advantage over older ones, said Voelker. “The new medications reduce exacerbations. They open your bronchial tubes for a longer time, which improves your quality of life and lung function,” he said. “Also, taking a medication once a day becomes a habit. If you have to take it four times at different times during the day, you’re less likely to do so.”

Over the last 15-plus years, asthma medications have undergone an evolution. In August 2000, the Food and Drug Administration (FDA) approved Advair Diskus (fluticasone propionate and salmeterol), a GlaxoSmithKline (GSK) product, for the treatment of asthma symptoms. The combination anti-inflammatory and long-acting bronchodilator helps to keep airways open when used regularly. This past February, the FDA accepted an abbreviated new drug application (ANDA) for a generic version of Advair created by the global pharmaceutical company Mylan.

More recently, GSK’s Breo Ellipta earned FDA approval in April 2015 to control asthma symptoms. Deborah Long, MD, who manages the GSK COPD medical team in the US, noted that Breo and Advair have the same class of combination medications. “They work the same to relieve symptoms. Both contain an anti-inflammatory medication and a LABA in a bronchodilator.  But the actual compounds are different and the dosing is different,” she said. “Patients on Breo take one inhalation once a day, while patients who take Advair still have to take it twice a day.” Breo is indicated for use in patients 18 and older, according to Long.

In early November 2015, the FDA approved Nucala (mepolizumab), also manufactured by GSK. Mark Forshag, MD, pulmonologist and US Medical Affairs lead for GSK, noted that clinical trials for Nucala began 10 years ago, although development has been in the works for nearly two decades. The drug, which is administered as a 100 mg fixed dose subcutaneous injection every 28 days, is for patients 12 years and older who have a blood count of eosinophils greater than or equal to 150. “These patients have to be on at least two controllers and often on daily steroids, which is unfortunate because there can be significant side effects,” he said.

During development of Nucala, GSK researchers studied asthma to find the biochemical pathway by which the disease occurs, according to Forshag, who says human interleukin 5 (IL5) was identified as a “choke point.” The drug is a monoclonal antibody to IL5.

Similar to Nucala, Cinqair (reslizumab) from Teva Pharmaceuticals earned FDA approval as an adjunct therapy for patients 18 and older with elevated eosinophils.

Another FDA-approved drug for long-term maintenance in adolescents and adults with asthma is Spiriva Respimat (tiotropium bromide), manufactured by Boehringer Ingelheim Pharmaceuticals. Recommended dosage is a once-daily dose of 2.5 µg delivered in two puffs of 1.25 µg each. This particular medication falls into a new asthma classification known as long-acting muscarinic antagonists (LAMAs), which is steroid-free and works differently than long-acting beta-2 agonists (LABAs).

A new class of bronchodilators designed to treat pulmonary arterial hypertension has been found to be effective in opening airways in patients with asthma, according to researchers at the Cleveland Clinic. Riociguat and cinaciuguat are said to activate a smooth muscle enzyme that binds to nitric oxide to dilate the bronchi. Inflammation can cause the airways to remain constricted; mouse studies show that these drugs reverse airway response, offering promise for patients resistant to traditional bronchodilation drugs.

Much of what applies to asthma medication also applies to COPD drugs. Long reported that previously these medications were short acting and had to be taken four times a day. “With short acting meds comes highs and lows regarding lung function. There is no predictability,” she said, noting the advantages of newer delivery methods. “Over time, we’ve seen improvement on how to deliver meds. We’ve moved away from big old-fashioned metered dose inhalers and transitioned to dry powder inhalers. This is a really big step.”

Long-acting inhalers deliver a bronchodilator in dry powder form that relaxes the muscles in the bronchi and works better for those with more severe symptoms.

In April 2014, GSK launched Anoro Ellipta, which contains two bronchodilators, an anticholinergic and a LABA, said Long. She noted that Anoro replaces older medications for COPD. Patients with moderate to severe COPD, as defined by lung function and lung function testing, and who have symptoms of breathlessness, are good candidates for the newer medications. “Anoro is well suited to help restore some lung function. It enables patients to derive benefits and experience less breathlessness,” Long said.

The fourth drug, Bevespi Aerosphere (glycopyrrolate and formoterol fumarate), manufactured by AstraZeneca, also provides long-term management of airflow obstruction in COPD patients, but can also be effective for chronic bronchitis and/or emphysema.

Variations in the formulations of some asthma medications have been applied to medications for patients with COPD. For instance, FDA-approved Spiriva (tiotropium bromide) is a once daily inhaled anticholinergic, but intended for use in individuals with COPD.

GSK has begun putting its entire portfolio of medications for COPD and asthma in the same inhaler in an effort to facilitate use. “Patients with COPD have the condition for a lifetime. One thing they can do is stay with same inhaler device, regardless if medications change,” said Long. “The dosing frequency—once a day—is a big change and helps in understanding the predictability of lung function. This helps the patient understand better how to take meds and the way the physician wants them to take them.”

Long recommended a number of other preventative strategies for patients with COPD. “They should be vaccinated against pneumonia and influenza. Their oxygen levels should be appropriate. There might be other pharmacologic therapies to consider and smoking cessation is always a good thing,” she said.

Forshag reported that industry, academia and government agencies are conducting ongoing studies to better characterize COPD patients into subgroups that, hopefully, will lead to better understanding of the disease.

While new drug combinations can result in better disease management, the way in which those medications are delivered is an important part of the process. According to Voelker, hundreds of millions of dollars have gone into new delivery systems for respiratory condition medications. He explained that the old “puffers” required the patient to coordinate squeezing the device and inhaling at the same time. “Most of the medication ended up on the roof of the mouth,” he said. “The new devices are initiated by sucking in. The dry powder is released into the lungs and gets down deeper, penetrating to the smaller bronchial airways.”

In an effort to deliver accurate and discreet medication doses for patients with asthma, 3M developed the Intelligent Control Inhaler. The device provides patient instructions and integrates a dose counter with “controlled inspiration,” ie, technological response in combination with breath actuation that controls the medication flow rate.

Scheduled to launch in 2019 is Novartis’ Breezhaler digital inhaler device, which will be integrated with the patient’s smart phone and Novartis’ COPD mobile application. Data will record compliance and transmit information to Novartis, thus enabling the physician to monitor the patient’s condition.

Clinicians anticipate increased compliance with the new dosing regimens and delivery methods. “ We want patients to take their meds as prescribed, but the majority do not,” said Forshag. “We are doing work in a database, looking at patients who are following their medical regimen versus those who are not. We think if a patient fills six out of twelve monthly scripts for the year that’s pretty good, but it really is not.”

Forshag pointed out that patients should be taking their medications, even when they’re feeling well. Controller medications don’t provide an immediate sense of relief, but keep patients from needing a rescue drug. “Taking medication makes people feel like they’re sick and they don’t like to feel that they are sick,” he said.

Voelker reminded patients and clinicians that with some respiratory conditions lost lung function cannot be regained. “Medications decrease airway resistance but none of them heal the lungs. The only thing that can stop the rate of progression and reduce lung destruction is to stop smoking,” he said, adding that a simple rehabilitation program that includes moderate exercise and sensible eating habits can increase the efficiency of the body.

Forshag noted that patients with asthma currently have a plethora of treatment options. “Now doctors have several choices. A patient might respond to one medication and not another,” he said, adding that having a choice of medications helps to keep costs down. “The picture for asthmatics has gotten much better in last twenty years and the near term future looks very promising.”

As a result of the Kelton Global survey, GSK launched a major public relations effort with outreach to advocacy groups, healthcare media and general news media outlets and trade publications, according to Juan Carlos Molina, director of executive communications for GSK. “We want to make the data as well known as possible. We are featuring it promptly on all communications and have a strong social media presence,” he said. “If patients can recognize some of their own issues reflected in the survey, it may prompt a conversation with the doctor as to what good control should look like.” He noted that tools, including a self-care kit, are available on asthma.com, an unbranded GSK site. RT

An Estimated 36% of Asthma Patients Use Complementary Alternative Medicines