The investigators further found that almost all of these co-infected children were rapidly treated with vancomycin, considered to be appropriate treatment for MRSA. The fact that they died despite this treatment is especially alarming, say the investigators, given the rising rates of MRSA carriage among children in the community.

“There’s more risk for MRSA to become invasive in the presence of flu or other viruses,” said Adrienne Randolph, MD, MsC, study leader from the critical care medicine division at Children’s Hospital Boston. “These deaths in co-infected children are a warning sign.”

The investigators hope their findings will promote flu vaccination among children aged 6 months and older.

“The 2009 H1N1 virus has not changed significantly to date,” said Tim Uyeki, MD, MPH, of the Influenza Division of the National Center for Immunization and Respiratory Diseases, Centers for Disease Control and Prevention (CDC), a senior investigator on the study. “Infections of children in the U.S. with 2009 H1N1 virus are expected this season and need to be prevented and treated appropriately. Influenza vaccination protects against 2009 H1N1 illness.”

The study tracked 838 children admitted to 35 pediatric ICUs around the country with probable 2009 H1N1 influenza from April 2009 to April 2010. Their vaccination status wasn’t consistently known, but H1N1 vaccine did not become available until September 2009 or later.

The median age of the children critically ill with H1N1 was 6 years. Most had respiratory failure, two thirds required mechanical ventilation, and some required extracorporeal membrane oxygenation (ECMO) for advanced cardiac and respiratory support. Their disease progressed rapidly, and 75 children (9%) died, two thirds of them within 2 weeks of ICU admission.

While most of the children critically ill with H1N1 had one or more chronic health conditions that increased their risk, such as asthma, neurologic disorders, or compromised immune systems, 251 children (30%) were previously healthy. Among those otherwise healthy children, the only risk factor that was identified for death from influenza was a presumed diagnosis of MRSA co-infection in the lung, which increased the risk for mortality 8-fold (p<0.0001).

In this study, while 88% of the children admitted to the ICU received Tamiflu (oseltamivir) during their stay, only 6% received it prior to hospital admission. Randolph believes it’s possible that earlier antiviral treatment might have saved some of these children, especially those who died of influenza without bacterial co-infection. Use of antiviral agents for critically ill patients with influenza is now routinely recommended. They work best when given within the first 2 days of symptom onset.

The study also found that most of the MRSA co-infected children who died had received vancomycin promptly at or before ICU admission. The researchers aren’t sure why this antibiotic of choice didn’t save these children—perhaps it couldn’t penetrate the lung, or perhaps the disease moved too rapidly.

The researchers recommend that physicians seeing children with serious lower-respiratory-tract disease during flu season prescribe early antiviral treatment (Tamiflu or zanamivir [Relenza]) and antibiotics covering MRSA and other flu-associated bacteria, even before suspected infections are confirmed in the lab. 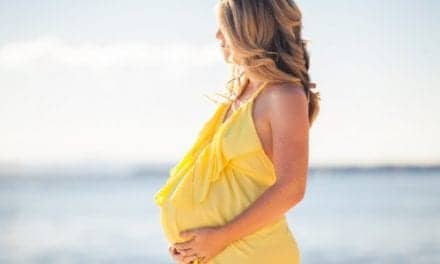