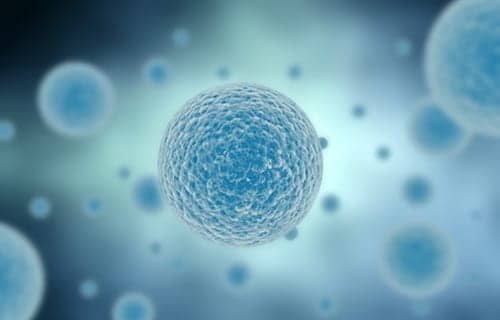 Asthma and allergies are both driven by an inappropriate activation of the immune system, primarily a subtype of white blood cells known as T helper 2 cells, (Th2 cells). These cells are normally responsible for defense against parasites, but are also the main culprits behind the symptoms of asthma and allergies.

But a new study from researchers at UT-Southwestern found that the antiviral molecules known as type I interferons (IFNs) block the development of these allergy- and asthma-driving Th2 cells. Researchers believe the findings could eventually give rise to new therapies.

“The fact that interferon could stop the activation of these harmful cells was of particular interest because interferons are already approved by the Food and Drug Administration for the treatment of other diseases, such as multiple sclerosis and hepatitis,” said David Farrar, associate professor of Immunology and Molecular Biology at UT Southwestern.

The development of Th2 cells is stimulated by a particular immune molecule that triggers the production of a protein called GATA3. Frequently referred to as the master regulator of Th2 cell development, GATA3 turns on the genes that distinguish Th2 cells from other cell types, including other T cells.

Farrar’s group found that type I IFNs block this process by targeting a part of the GATA3 gene known as exon 1a and turning it off, thereby inhibiting the production of the GATA3 protein and, consequently, the development of Th2 cells.

“Targeting this pathway may lead to permanent tolerance of these cells to allergens,” said Farrar. “We are currently pursuing studies that may lead to clinical trials that will determine whether interferon can be used to treat allergic asthma patients.”

Dr. Farrar’s lab studies how a collective group of proteins called cytokines regulate immune responses. Type 1 interferon, the first immune cytokine discovered, is one of the very first lines of defense against viruses. The protein was initially identified based on its ability to inhibit influenza virus. Since then, scientists have discovered that almost any cell in the body can secrete interferon if it becomes infected with certain viruses, and that most cells can respond to interferon.