Improvements in capnography technology have resulted in expanded applications.

You remember capnography. Those unreliable, clumsy additions to the breathing circuit that generated questionable and unstable data. Or the smaller additions to the circuit with those little tubes that generated questionable data, provided you could keep water (or other elements) out of the sampling lines. You know, those devices that required more attention than your patients. Well, think again. Capnography has changed for the better. And its applications have expanded as well.

An in-depth review of the technology of capnography, or introductory education on the use of capnography, is beyond the scope of this article. Its purpose is to provide an overview of the changes in capnography as well as current and potential future applications. However, a review of basic definitions is appropriate.

Capnography acquires its measurements in one of two ways: mainstream (flow-through) or sidestream (aspiration). Mainstream does not require aspiration or transport of samples via tubing, but the in-line sensors and adapters are bulky. With the sensor cables, these can add troublesome weight to the circuit. Sidestream has the advantage of not adding bulk to the circuit. However, aspiration devices often introduce water or mucus into the sampling tube. This can impede the flow of gas to the device, contaminate the device, or both, yielding unreliable results. High flow rates were necessary to minimize axial mixing, but these high flows increased the chance of entrainment of contaminants.

In recent years, however, technological advances have reduced the problems with both approaches to measurement. The newer measurement technologies, including carbon dioxide-specific infrared cells, mass or Raman spectra, or photoacoustic, allow lower flow rates, which reduce the introduction of contaminants into the sampling lines, and/or reduce the bulk of mainstream devices. This has made the produced results more stable and reliable, as well as easier to acquire.

For some time, capnography was a technology looking for a purpose. Its use as a substitute for arterial carbon dioxide was imprecise and confusing, and led to misunderstandings of its value. The relationship between Paco2 and end-tidal carbon dioxide (PETCO2) is not always consistent even in the same patient. The technology that worked reasonably well in highly controlled environments like the operating room did not work so well in less controlled environments. In neonates there were issues related to small volumes and cannula occlusions. Many simply dismissed capnography as too problem prone and unreliable to bother with.

According to the American Association for Respiratory Care’s Clinical Practice Guidelines, on the basis of available evidence, capnography should not be mandated for all patients receiving mechanical ventilatory support. However, indications for capnography include:
• evaluation of the exhaled [carbon dioxide], especially PETCO2, which is the maximum partial pressure of carbon dioxide exhaled during a tidal breath (just prior to the beginning of inspiration);
• monitoring severity of pulmonary disease and evaluating response to therapy, especially therapy intended to improve the ratio of dead space to tidal volume and the matching of ventilation to perfusion, and, possibly, to therapy intended to increase coronary blood flow;
• determining that tracheal rather than esophageal intubation has taken place (low or absent cardiac output may negate its use for this indication);
• continued monitoring of the integrity of the ventilatory circuit, including the artificial airway;
• evaluating the efficiency of mechanical ventilatory support by determination of the difference between Paco2 and the PETCO2;
• reflecting carbon dioxide elimination;
• monitoring adequacy of pulmonary and coronary blood flow;
• monitoring inspired carbon dioxide when carbon dioxide gas is being therapeutically administered;
• graphic evaluation of the ventilator-patient interface. Evaluation of the capnogram may be useful in detecting rebreathing of carbon dioxide, obstructive pulmonary disease, waning neuromuscular blockade (“curare cleft”), cardiogenic oscillations, esophageal intubation, cardiac arrest, and contamination of the monitor or sampling line with secretions or mucus.2

Some of these indications, now 5 years old, hint at some of the newer and envisioned applications.

The most rapid recent growth in the use of capnography, or at least some method of exhaled carbon dioxide detection, has been in assuring proper placement of endotracheal tubes. Various studies3,4 indicate tube misplacement in the field at rates as high as 25%. The growth of the use of PETCO2 detection for endotracheal tube placement began with the American Society of Anesthesiology’s (ASA’s) adoption of Standards for Basic Anesthetic Monitoring in 1986,5 which included the requirement for use of PETCO2 detection to verify tube placement, and continuous capnography for monitoring throughout the operative procedure. The failure of capnography to perform predictably in all clinical circumstances has caused some to question the value of this requirement. While some PETCO2 detector and capnography manufacturers speak of their devices as the new standard of care in all settings on the basis of the ASA document, this requirement is frequently still viewed as a guideline rather than a standard.6

Various studies have evaluated the use of indices of the capnogram to assess bronchospasm. You et al7 found the strongest correlation between spirometry and the indices analyzing the intermediate phase of the capnogram, that is, the angle between the ascending phase and the alveolar phase. Yaron et al8 reported that the plateau phase of an expiratory capnogram is a rapid, effort-independent, noninvasive measure that indicates significant bronchospasm in asthmatic adults in the emergency department. They found that this value is correlated to the peak expiratory flow rate. Capnography has potential advantages over traditional spirometry, including the facts that it is effort-independent and that it measures during normal tidal breathing. These advantages might bode well for its future use in evaluating bronchospasm in children, or in computerized monitoring of asthma.

Some fairly recent studies have indicated that capnography may well have a future role as a predictor of survival in resuscitation efforts. Levine et al9 concluded that in out-of-hospital cardiac arrests, a PETCO2 level of 10 mm Hg or less 20 minutes after initiation of advanced cardiac life support accurately predicts death in patients with electrical activity but no pulse. There is therefore the potential that capnography may have a growing role in determining the value of continued resuscitation efforts. At issue in the potential routine use of capnography outside the hospital is the understanding of the technology by field respondents. One study10 of the introduction of capnography to a rural emergency medical services (EMS) system revealed that the field respondents often overestimated their understanding of the technology and its application. The study authors believed capnography is a valuable adjunct in EMS, but ongoing education and competence are issues to be dealt with.

More potential applications of capnography are under study. Animal studies11,12 have indicated that parameters derived from an expiratory capnogram vs expired volume can predict cardiac output changes in healthy and lung-injured sheep. More study is required. The results of another small study13 in humans suggested that values derived from capnography, particularly the alveolar ejection volume to tidal volume ratio, can be useful in evaluation and monitoring of ventilatory disturbances in patients with acute respiratory distress syndrome.

Clearly, the time of uncertainty over capnography’s utility is over. However, we must keep sight of the fact that the best of technology is of little use if not properly used and monitored by health care providers. In a study to determine the impact of pulse oximetry and capnography in the detection of critical anesthesia incidents, Lampotang et al14 found that these technologies did reduce the time required for a crisis to be detected. Unfortunately, the median time using capnography and oximetry was 432 seconds—more than 7 minutes. Enough time for untoward results to have already taken place.

No Added Mortality Risk to Pregnant Patients on Mechanical Ventilation 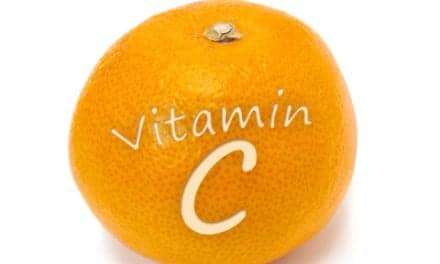