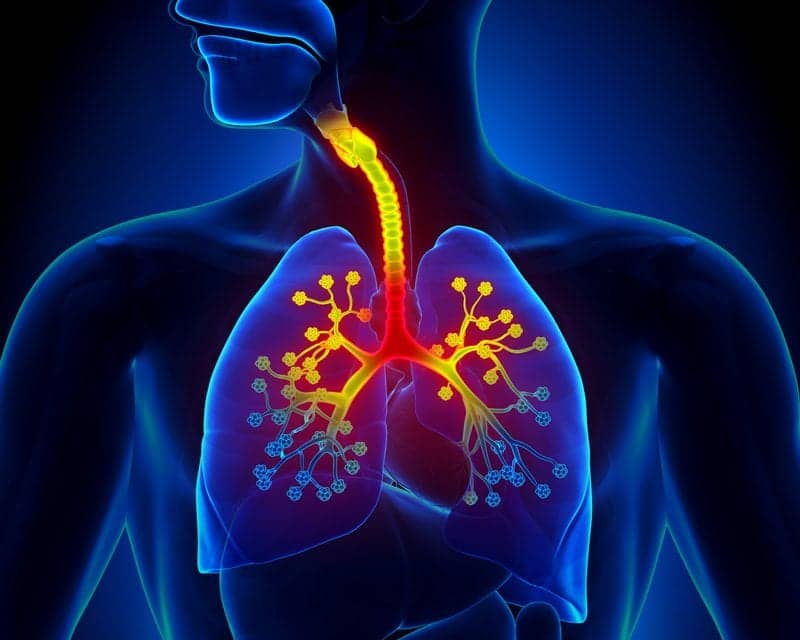 According to a new study, individuals who have had bronchiolitis in early childhood have an increased risk of asthma at the age of 28 to 31 as well as a weaker health-related quality of life. In addition, they also demonstrate changes indicative of irreversible airway obstruction in lung function tests. The initial data for the PhD thesis of Katri Backman, MD, was collected in 1981-1982. The study involved 83 children diagnosed with bronchiolitis and 44 children diagnosed with pneumonia, and all were under the age of two and hospitalized. The viruses causing the infections were analyzed from nasopharyngeal secretion samples.

The study cohort has been monitored since the 1980s, and in 2010, 48 bronchiolitis patients, 22 pneumonia patients, and 138 controls were invited to a clinical follow-up study at the age of 28 to 31. The participants of the study underwent a clinical medical examination in addition to exhaled nitric oxide measurement, skin prick testing, a two-week peak expiratory flow (PEF) monitoring, and a spirometry with bronchodilatation test (BD). At the age of 28 to 31, asthma had been diagnosed in 31% of the bronchiolitis group, 9% of the pneumonia group, and 11% of the control group.

The prevalence of asthma was notably higher in the bronchiolitis group than in other groups. Additionally, in persons who had suffered a lower respiratory tract infection caused by RSV with wheezing, the prevalence of asthma was higher than in peers. A Science Daily news report notes that lung function measured by spirometry was weaker in persons who had had bronchiolitis than in peers and they also demonstrated changes indicative of irreversible airway obstruction in adulthood.

According to Science Daily, the study showed in a prospective setting that the majority of adults who have had a lower respiratory tract infection in early childhood are symptom-free, although in persons who suffered a bronchiolitis or a lower respiratory tract infection caused by RSV with wheezing in early childhood, the risk of asthma is elevated at the age of 28 to 31. Also, lung function changes indicative of irreversible airway obstruction in persons who have had bronchiolitis in early childhood suggest an elevated risk of chronic obstructive pulmonary disease later in life, as reported by Science Daily.

The results of the study also indicate a weaker health-related quality of life in adulthood for childhood bronchiolitis and pneumonia patients.