Use of inhaled anticholinergics (IACs) has been associated with an increased risk of potentially dangerous heart arrhythmias among young asthma patients, according to a study conducted by researchers at the University of Illinois at Chicago and presented at the ATS 2012 International Conference in San Francisco in May. The finding raises concern because of the recent interest in use of anticholinergics in asthma.

Anticholinergics, which help prevent spasms that cause asthma flare-ups, and may also help prevent the buildup of thick mucus that can accompany exacerbations, have been recognized by the National Asthma Education and Prevention Program as a “quick relief” medication for patients with asthma. There has also been interest in using IACs for maintenance therapy in asthma following recent favorable clinical trial findings.

While previous studies of patients with chronic obstructive pulmonary disease have suggested a link between these medications and increased cardiovascular risks, the association had not been previously tested in a population with asthma.

A multicenter international trial, conducted in The Netherlands, Germany, and France, finds that a tiny, resilient metal wire designed to gather and compress diseased lung tissue may offer relief to patients with severe heterogeneous emphysema, a subtype of the disease that involves specific, usually isolated areas of the lungs. The wire, called a lung volume reduction coil (LVRC), can be implanted and is designed to take the place of more invasive procedures used to improve the lung function of emphysema patients.

The findings of the study were presented at the ATS 2012 International Conference in San Francisco in May.

“Our results indicate that LVRC treatment is technically feasible in both upper and lower regions of the lung in patients with severe heterogeneous emphysema, and results in significant improvements in pulmonary function, exercise capacity, and quality of life, with an acceptable safety profile,” said Dirk-Jan Slebos, MD, the study’s lead author and a pulmonary physician at the University Medical Center Groningen, The Netherlands.

Because heterogeneous emphysema involves different areas, or lobes, of the lung, surgery to contain diseased lung tissue can be complicated and extensive. Use of wire coils, which can be implanted in relatively noninvasive bronchoscopic procedures, is emerging as a more effective, and safer, option than surgery for these patients. Coils are compressed during implantation, and expand to their original shape once implanted in the lung tissue.

The researchers found that LVRC treatment resulted in significant improvement in respiratory measurements at 6 months, especially in patients whose lungs were severely hyperinflated. In this group, LVRC therapy resulted in significant improvements in lung function, hyperinflation, exercise capacity, and quality of life measurements. In fact, severe hyperinflation at baseline appeared to be an indicator of better outcomes, Slebos noted.

Researchers at the University Hospital of Wales, Cardiff, compared the effectiveness of treatments to relieve breathing difficulties among patients with malignant pleural effusion. Specifically, the researchers compared treatment with chest tube drainage and talc slurry for pleurodesis—a procedure in which the pleural space is obliterated—versus indwelling pleural catheters (IPCs).

“There are no robust clinical data to address which of these treatments is more effective at palliating symptoms and improving quality of life,” the authors wrote. “Indwelling pleural catheters are increasingly used as an alternative treatment to talc pleurodesis.”

The randomized controlled trial compared IPC (n = 52) and talc slurry for pleurodesis (n = 54) for patients with malignant pleural effusion who were treated at seven hospitals in the United Kingdom. Patients were screened from April 2007 to February 2011 and were followed up for a year.

The researchers found that there was no significant difference between groups in dyspnea in the first 42 days after intervention. Indwelling pleural catheters reduced time in the hospital but were associated with an excess of adverse events. “As such, IPCs cannot be advocated as a superior treatment to talc pleurodesis for palliation of symptoms,” wrote the study’s authors.

The authors’ findings appear in JAMA. 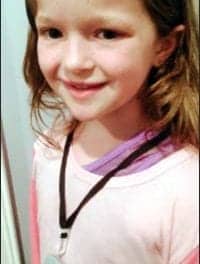