Environmental Regulations to Force Leading Inhalers off the Market
Decision Resources Inc, Waltham, Mass, one of the world’s leading research and advisory firms focusing on pharmaceutical and health care issues, finds that compliance to a clean air treaty by the United States Food and Drug Administration (FDA) will force leading metered-dose inhalers containing ozone-depleting propellants off the US asthma-treatment market by the end of 2008.

According to the report, conformity to guidelines of the Montreal Protocol (an international clean air treaty) will result in a reverse-generic-erosion phenomenon for all albuterol asthma inhalers in 2008, including GlaxoSmithKline’s Ventolin and Schering-Plough’s Proventil. This event will lead to $1 billion in combined sales in 2014 in the United States, Western Europe, and Japan for compliant formulations of Ventolin and Proventil. The report also finds that more physicians will turn to levalbuterol as an alternative to albuterol, generating $1.1 billion in sales in the seven major markets for Sepracor’s Xopenex HFA™ (levalbuterol) in 2014.

“Because all current generic versions of inhaled albuterol contain ozone-depleting chlorofluorocarbon propellants, all generics will be removed from the US market in 2008, leaving only higher-priced branded albuterol propelled with hydrofluoroalkane,” said Vickie Lai, analyst at Decision Resources. “As a result, the albuterol market in the United States will become branded only, leading to $1 billion in major market sales for Ventolin and Proventil in 2014—more than doubling their sales totals from 2004.”

RT’s New Online Look
If you have been enjoying the free online articles archive, resources list, and Expert Insight features on RT’s Web site, www.rtmagazine.com, you will really like what we’ve done now. In May, we relaunched our Web site to offer an even better online experience for our readers. If you have not visited us online lately, take a moment to stop by. In addition to a new design, we have added breaking news and an online poll. You can have your questions answered by our experts, get caught up on the latest in respiratory therapy, and register your opinion on our weekly poll question with just a few quick clicks of the mouse.

Children Living Near Major Roads Face Higher Asthma Risk
Young children who live near a major road are significantly more likely to have asthma than children who live only blocks away, according to a study that appears in the May 1, 2006, issue of Environmental Health Perspectives. The study found that children living within 75 meters (about 82 yards) of a major road had a 50% greater risk of having had asthma symptoms in the past year than were children who lived more than 300 meters (about 328 yards) away. Higher traffic volumes on the different roads were also related to increased rates of asthma.

“These findings are consistent with an emerging body of evidence that local traffic around homes and schools may be causing an increase in asthma,” said lead author Rob McConnell, MD, professor of preventive medicine at the Keck School of Medicine, University of Southern California. “This is a potentially important public health problem because many children live near major roads.”

Children With Down Syndrome Likely to Have OSA
More than half of children with Down syndrome may have abnormal sleep patterns and obstructive sleep apnea (OSA), and parents may not be able to determine whether their children are among those with sleep difficulties, according to an article in the April issue of Archives of Otolaryngology – Head & Neck Surgery, one of the JAMA/Archives journals. Researchers found that 57% of the children studied had abnormal polysomnography (PSG) results and evidence of OSA. They also found that 69% of parents who completed a survey about their children’s sleep behaviors reported that they had no sleep problems; however, among that 69% of parents, 54% of their children had abnormal study results. Among the parents who reported sleep problems in their children, 36% had abnormal PSG results. “Because of the high incidence of obstructive sleep apnea syndrome in young children with Down syndrome, and the poor correlation between parental impressions of sleep problems and PSG results, baseline PSG is recommended in all children with Down syndrome at age 3 to 4 years,” the authors write.

Antibiotic Shows Promise for Tackling Acute Asthma Symptoms
Research published April 13, 2006, in the New England Journal of Medicine, shows that the antibiotic telithromycin can hasten the recovery time of patients who have had asthma attacks by 3 days, reduce their symptoms, and improve lung function. Although most acute asthma attacks are recognized to be associated with viral infections, the researchers believe the positive effects of telithromycin may be a result of its impact on the atypical bacteria, Chlamydophila pneumoniae and Mycoplasma pneumoniae. They found that 61% of the patients in the study were serologically positive for C. pneumoniae and/or M. pneumoniae, and believe the presence of these bacteria may increase the severity of asthma attacks. The researchers also believe the anti-inflammatory properties of telithromycin may play a part in reducing recovery time.

“Traditionally, antibiotics have not proven effective in treating asthma attacks, but this development could open up a whole new area of research in the treatment of asthma,” said Professor Sebastian Johnston, MD, PhD, from Imperial College, London, who led the research. “Although we’re not sure about the exact mechanism that caused this antibiotic to be effective, this study indicates it does clearly have a beneficial effect. We still need further trials to confirm these results, to investigate the mechanisms of action of this treatment, to see if the same benefits are seen with other related antibiotics and to see which patients are most likely to benefit.”

Inhaled Corticosteroids versus SCG for Asthma Control
In both children and adults with chronic asthma, inhaled corticosteroids (ICS) help the lung function more normally and help control asthma more successfully than does sodium cromoglycate (SCG), finds a review to be published in The Cochrane Library, Issue 2, 2006. “The superiority of ICS over SCG appears to increase when patients use moderate doses of ICS, compared with when low doses of ICS are used,” said lead review author James Guevara, MD, who works in the Department of Pediatrics at the University of Pennsylvania School of Medicine in Philadelphia. The reviewers’ conclusion was that ICS controls asthma better than SCG and that it also leads to improved lung function. They were, however, unable to decide whether there were differences in side effects as most of the trials ran for too short a time to assess long-term outcomes. 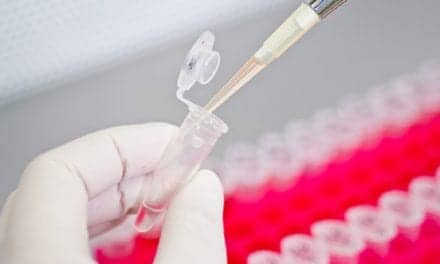 Enzyme Could Provide Treatment Target For Asthma And Cancer