Proteins May be at Root of Sepsis-associated ARDS
A study found in the open access journal PLoS Medicine reveals that a protein called angiopoietin-2 (Ang-2) might play a pivotal role in acute respiratory distress syndrome (ARDS), a condition that affects about 40% of patients with sepsis and worsens their prognosis.

The results of the study suggest that Ang-2 can serve as a marker of acute lung injury and might be a key player in sepsis-associated ARDS. Beyond that, the results also raise the possibility that reducing Ang-2 levels in patients might help to prevent or improve this dangerous complication in patients with sepsis. Future studies in patients with sepsis and in patients with ARDS that is not caused by sepsis are needed to clarify the roles of Ang-2 in ARDS and the suitability of Ang-2 as a target for therapy. The study, “Excess Circulating Angiopoietin-2 May Contribute to Pulmonary Vascular Leak in Sepsis in Humans” by Parikh S, Mammoto T, Schultz A, et al, appears in PLoS Med. 2005;3(3):e46.

Effective, Cheap Treatment for Cystic Fibrosis
In a collaborative effort, two teams of medical scientists have identified what they believe is a simple, effective, and inexpensive treatment to reduce lung problems associated with cystic fibrosis. The new therapy, identified through studies supported chiefly by the Cystic Fibrosis Foundation and the National Heart, Lung and Blood Institute, also appears to be safe and easy to take. The treatment significantly improved mucus clearance, lung function, and breathing symptoms.

By inhaling a saltwater aerosol solution for between 10 and 15 minutes at least twice a day, young patients should be able to avoid a significant part of the damage the disease causes to their lungs, the researchers said. That is because the aerosolized saltwater restores the thin lubricant layer of water that normally coats airway surfaces. This water layer promotes the clearance of the naturally occurring mucus the body uses to trap harmful bacteria, viruses, and other foreign particles. This research is important not only for its immediate application but also because it provides the road map for development of future effective therapies for CF, said Richard C. Boucher, MD, professor and director of the Cystic Fibrosis Research and Treatment Center. This study appears to establish the concept that the surfaces of the lungs of CF patients are dehydrated, and restoring hydration with hypertonic saline treats the basic cause of this disease. Reports on both studies appear in the January 19, 2006, issue of the New England Journal of Medicine.

“Conventional antirejection drugs, which are given orally, do not get into the small air sacs of the lungs where chronic rejection takes place,” says Bartley Griffith, MD, professor of surgery and chief of the Division of Cardiac Surgery at the University of Maryland School of Medicine. “It just makes a lot more sense to give a higher concentration of the drug right into the area you are trying to treat. Organ-specific immune suppression is almost a new paradigm for transplantation.”

ICS Most Effective for Persistent Asthma in Children
While both inhaled corticosteroids (ICS) and leukotriene receptor antagonists (LTRA) have been proven to help control mild-to-moderate persistent asthma in school-age children, a new study shows ICS may be the more effective treatment. The study, “Response Profiles to Fluticasone and Montelukast in Mild-to-Moderate Persistent Childhood Asthma,” is featured in the January 2006 issue of the Journal of Allergy & Clinical Immunology.

Researchers found both fluticasone and montelukast led to significant improvements in many measures of asthma control. However, similar to earlier research, they found strong evidence of greater mean improvements after 8 weeks of therapy with an ICS compared with a LTRA across many other outcomes. Patients taking ICS experienced more asthma control days (ACD) in which they had no daytime or nighttime asthma symptoms, along with better pulmonary responses and inflammatory biomarkers. As a comparison, 29.3% of participants had at least one more ACD per week during treatment with fluticasone than during treatment with montelukast (12.2 %). 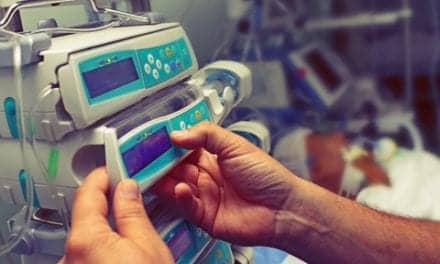