Sleep-Disordered Breathing and Sleepwalking
Christian Guilleminault, MD, and researchers at the Stanford University Sleep Disorders Program published a study in the April 2000 issue of Brain looking at the treatment of sleepwalking in young adults. The participants with sleep-disordered breathing (SDB), including obstructive sleep apnea, were treated using nasal continuous positive airway pressure (CPAP). The participants that used CPAP as directed eliminated sleepwalking, unlike the participants that did not adhere to the regular use of CPAP. Patients who received surgical treatment for SDB also had a complete resolution of sleepwalking. The study concluded that successful treatment of SDB, which is frequently associated with chronic sleepwalking in young adults, controlled the syndrome.

Snoring Puts Strains on Relationships
Snoring can be an unexpected cause for concern for bedtime partners and may add stress to a relationship. More than 5,600 snoring patients were interviewed and surveyed at the Center for Corrective Surgery in Bala Cynwyd, Pa, over a 10-year period; 86% of snoring men were not aware of their problem or they were in denial; 32% claimed that snoring was ruining their relationship as well as their sex life; 18% said the problem had got so bad that they had considered divorce to escape the nightly drill; and greater than 70% of patients were sleeping in separate bedrooms.

“Snoring obviously puts tremendous stress on relationships. In fact, people who suffer from snoring typically wait about 6 to 10 years before they do anything about it,” according to Mansoor Madani, MD, whose research paper was published recently in the Journal of Oral & Maxillofacial Surgery. Fortunately, the snoring problem can be corrected in most instances by a simple procedure, according to Madani. These treatments may involve laser surgery to trim tissues in the roof of the mouth including the uvula and a portion of soft palate, or the use of radiofrequency to treat enlarged tonsils or nasal turbinates that cause chronic nasal congestion and snoring. The study showed that these procedures were effective for treating snoring and milder cases of sleep apnea.

Experts Stress Need for Improved Asthma Control
In recognition of World Asthma Day (May 3), a group of the nation’s leading asthma experts recently joined the American Lung Association and US Surgeon General Vice Admiral Richard H. Carmona, MD, MPH, in Washington, DC, to highlight the issue of uncontrolled asthma in the United States. Carmona, the keynote speaker at the briefing, focused on asthma prevention and control as part of his 2005 agenda “The Year of the Healthy Child.”

“To help control asthma symptoms and severity, I urge everyone with asthma and every parent of a child with asthma to talk with a health care professional and follow an asthma control action plan,” says Carmona.

Currently, 20 million Americans have asthma and more than 11 million of them do not have their asthma under control despite existing guidelines for the diagnosis and management of the disease.

Child Asthma Rates Leveling Off, Except Among Poor and Older Kids 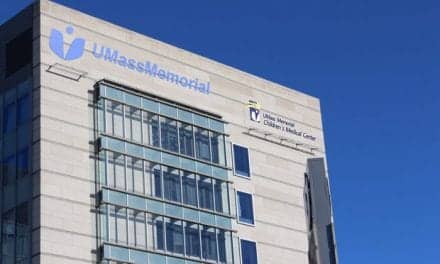