The American Thoracic Society (ATS) is a 14,000-member international organization dedicated to improving lung health on a global scale. It is one of the oldest subspecialty professional organizations in the United States, composed of scientists, physicians, respiratory care practitioners, nurses, and other lung health professionals. In addition, there is a patient advisory arm, the Public Advisory Roundtable. The ATS welcomes members from the respiratory care community.

In 1904, a group of physicians working in tuberculosis sanatoriums formed the American Sanatorium Association, an organization dedicated to improving care of tuberculosis. In 1905, the organization was formally incorporated as the medical arm of the National Association for the Study and Prevention of Tuberculosis, now the American Lung Association. In 1938 the name was changed to the American Trudeau Society, in honor of Edward Livingston Trudeau, a founder of the organization and of an early tuberculosis sanatorium at Saranac Lake, NY. In 1960, the ATS name was changed again to the current one—American Thoracic Society—to reflect the broadened interests of members in all aspects of respiratory health. The ATS was separately incorporated in 2000, but continues to partner with the American Lung Association.

The theme of the ATS centennial is celebration of a century of remarkable progress in understanding, preventing, and treating lung diseases. Thus, the slogan of the centennial is “100 Years of Advances in Treatment and Science of Respiratory Diseases.” Indeed, progress has been remarkable. Since 1905, cures are available for tuberculosis, although multidrug-resistant disease remains a challenge. Antibiotics now cure many types of pneumonia, although drug-resistant organisms remain. Effective drugs are now available for treatment of asthma and chronic obstructive pulmonary disease (COPD). The discipline of respiratory therapy was founded and has flourished. The critically ill of all ages now survive because of surfactant therapy, intensive care units, and mechanical ventilation. The importance of breathing during sleep is now recognized, and a whole new discipline of sleep medicine has emerged. The human genome has been decoded, and the number of respiratory disorders with a known genetic basis steadily increases. Important public health advances include development of effective vaccines, understanding of links between smoking and asbestos and lung diseases, and links between air pollution and exacerbations of asthma and COPD. Thus, there is much to celebrate! The leadership of ATS assemblies has compiled a list of 100 top advances in respiratory medicine in the past century. These diverse accomplishments are displayed on the ATS Web site (www.thoracic.org) and serve as the basis for a number of centennial activities.

The ATS Web site has been an integral part of the centennial celebration. More than 100 distinguished ATS members have written brief vignettes illustrating the progress in respiratory health in the past century. Titled “I Remember …,” these vignettes cover diverse topics, such as the circumstances of key scientific discoveries, personal recollections, and reflections on a century of progress. They are great fun to read. We hope to publish these essays also in hard-copy format in 2005.

The ATS Web site is also the site of republication of a remarkable series of essays on scientific developments in lung health, titled “The Retrospectroscope.” Written by pulmonary scientist and educator Julius Comroe, and first published in the American Review of Respiratory Diseases (the forerunner of the American Journal of Respiratory and Critical Care Medicine, AJRCCM) in the 1970s, these essays illustrate the importance of serendipity and a prepared mind in scientific discovery.

This year AJRCCM has featured a series of scholarly essays recounting the history of advances in tuberculosis, asthma, lung physiology, and the pulmonary circulation. These essays, written by senior members of the ATS, illustrate a series of remarkable discoveries over the years.

The ATS will be giving a special centennial gift to all of its members, developed with the assistance of corporate partners. The ATS has commissioned publication of a coffee-table book, titled Colleagues in Discovery. 100 Years of Improving Respiratory Health. Written by Joseph Wallace, it is being published by Tehabi Books. Its style is appropriate for lay readers and describes a remarkable century of progress in words and beautiful pictures.

The International Conference in San Diego in May will be the culmination of the centennial celebration. The conference will feature the usual outstanding menu of scientific and educational programs in pulmonary/critical care/sleep medicine.

The ATS centennial will be celebrated in gala fashion at the opening birthday bash reception. A number of special events will mark the centennial meeting, including a symposium featuring Nobel Laureate speakers.

As ATS president during the centennial celebration, it is an honor for me to lead an organization that has grown and evolved over the years. The ATS has grown to encompass scientific and professional interests unimaginable even 50 years ago, such as genetics, genomics, and bioterrorism. The ATS is now a truly international organization with strong ties to other international respiratory societies. The ATS has launched a new research program to support innovative scientific discovery in a variety of areas. The ATS has a strong advocacy program based in Washington, DC, that effectively works in both the United States and international arenas.

With the growth of programs, there are also new challenges for the ATS. Two important aspects of my presidential year are intended to assist in meeting these challenges. One is a strategic planning process that is assessing all aspects of the organization with the assistance of both members and nonmembers. This process will set the stage for the second ATS century. Another major focus for my presidency year has been a review of benefits of membership. After all, an organization exists for its members.

There are also challenges facing all of us who work in respiratory care. There has been enormous progress in understanding the scientific basis of respiration, but much remains to be done to translate this knowledge to the bedside.

Professional organizations, such as the ATS, have done a great job in formulating evidence-based clinical practice guidelines. An outstanding example of such guidelines is the recently released COPD statement, a joint effort of the American Thoracic Society and the European Respiratory Society (ERS). This innovative practice guideline was published this year on the ATS and ERS Web sites. It includes new information not covered in previous practice guidelines, such as recommendations for oxygen for air travelers with COPD. There are also very useful patient education modules. The challenge now is effective implementation of practice guidelines to improve patient care. This will involve educational and awareness efforts for both practitioners and patients. Advances in information technology can assist in evaluation of benchmarks of care, but a key challenge is development of effective systems of evaluation and acceptance of benchmarks by practitioners.

It has been a great 100 years for the American Thoracic Society and for the field of respiratory care. Challenges remain, but the tools available are very powerful. We cannot help but be optimistic that another great 100 years are ahead. 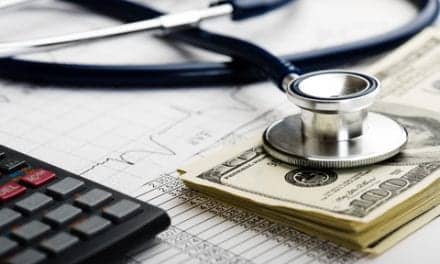 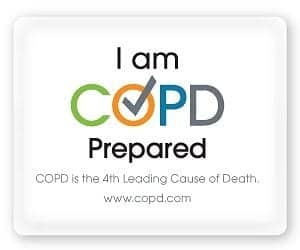